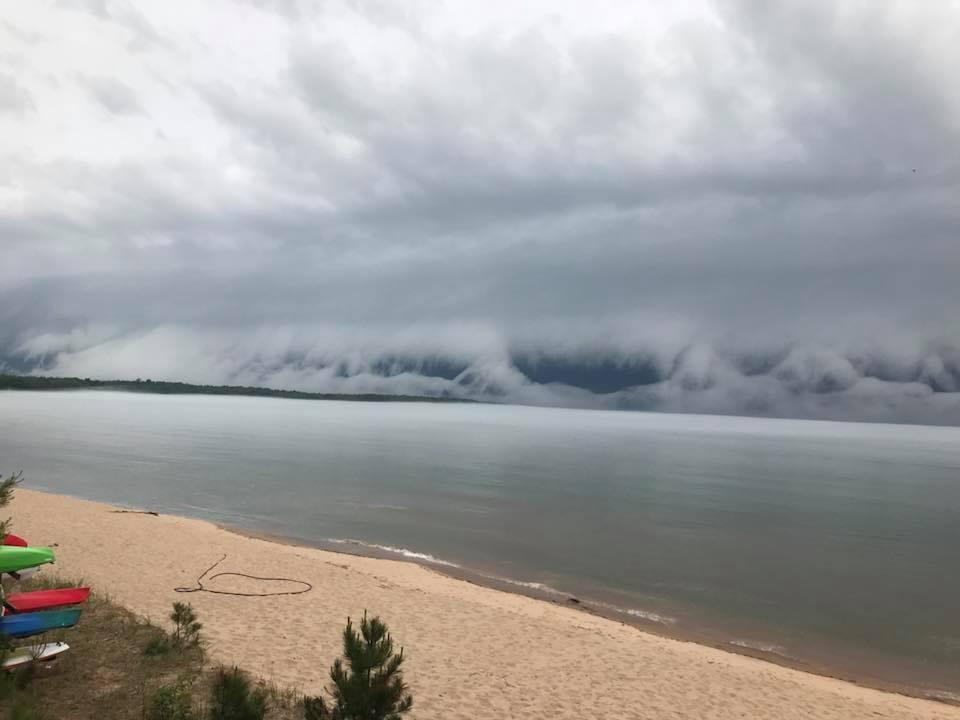 A weather phenomenon that was caught on camera in Au Train, Michigan, looked like a giant tsunami rolling in from the ocean. But it was really a shelf cloud rolling over Lake Superior, CBS affiliate KEYE-TV reports.

The ominous cloud stayed close to the lake water, sucking up moisture and growing bigger as it moved toward shore. Holly Belongie Marenger caught the weather event on camera. Marenger said it was about 85 degrees, but the presence of the shelf cloud made the temperature drop, and created an eerie effect over the lake.

"So we just experienced the craziest thing ever," Marenger wrote on Facebook, with several videos and photos she took of the cloud. She said like a tsunami, the tide pulled out about 30 feet. "In the distance it looked like a huge wave heading towards us so we decided to watch it come in,"she wrote.

The cloud pulled lake water into itself, but didn't drop it. "We didn't get any rain but the wind was so strong when it hit shore you could hardly breath," Marenger wrote. She also mentioned the powerful wind almost knocked her over.

The whole event lasted about 10 minutes and made the temperature drop about 20 degrees. "I'm happy to report it's a very comfortable 65 degrees out now!" Marenger wrote. Her videos of Saturday's odd weather sighting received widespread attention online and her post was shared more than 5,500 times.

What's with the recent surge in shark attacks?
Caitlin O'Kane