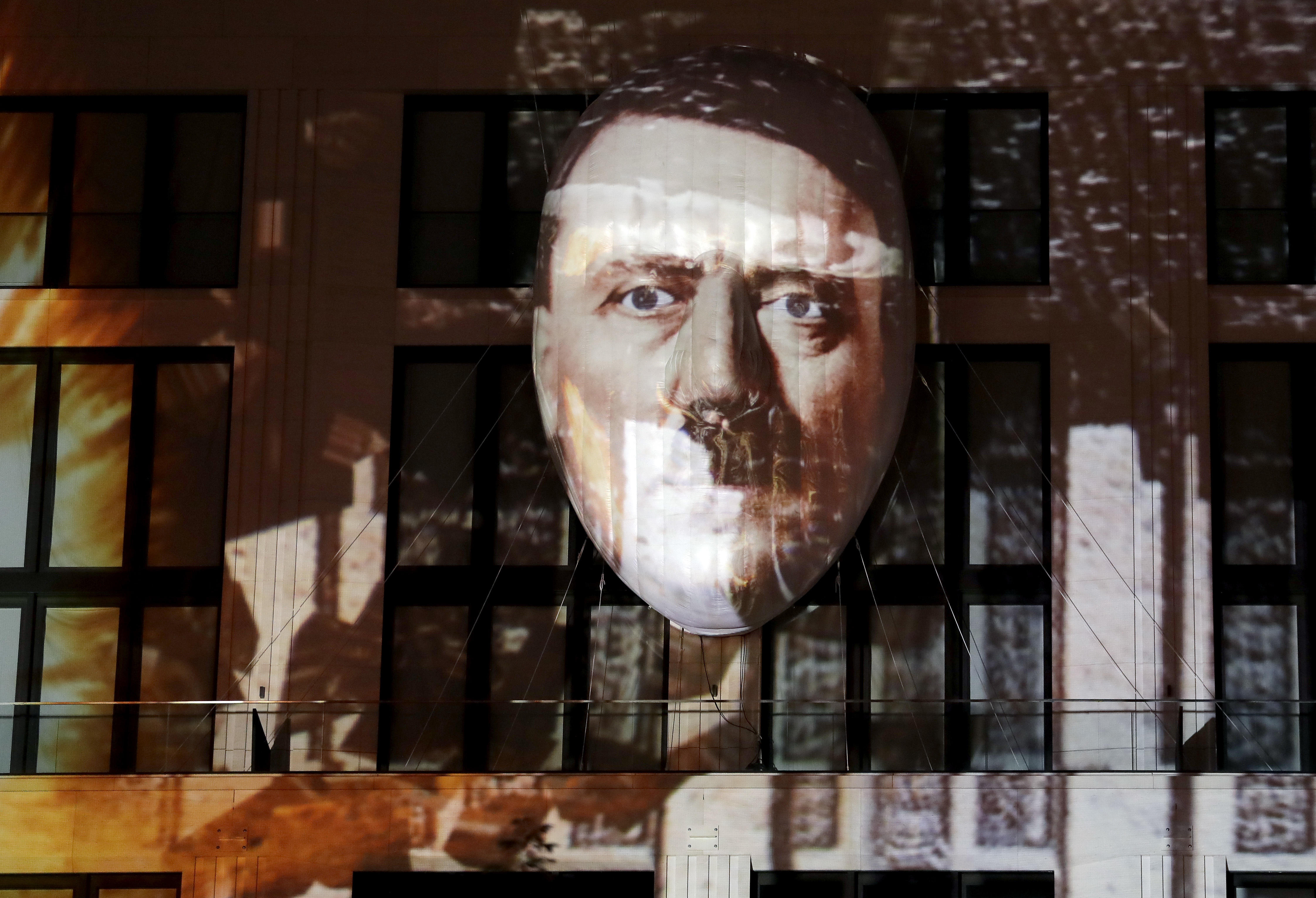 BERLIN -- A huge moving image of a laughing Adolf Hitler has prompted a shocked Berlin driver to call police.

Police say they received a call Monday about the apparition, which turned out to be part of an art installation.

The incident was a test for a video light show in which the faces of more than a dozen famous people tied to Berlin’s history are projected onto buildings in the center of the German capital. Only Hitler is silent.

Displays of Nazi imagery that glorify the Third Reich are forbidden in Germany, but police spokeswoman Valeska Jakubowski said Thursday the Hitler apparition was covered by exceptions granted for artistic works.

The installation is part of a month-long light show that starts Friday and runs through Oct. 23.