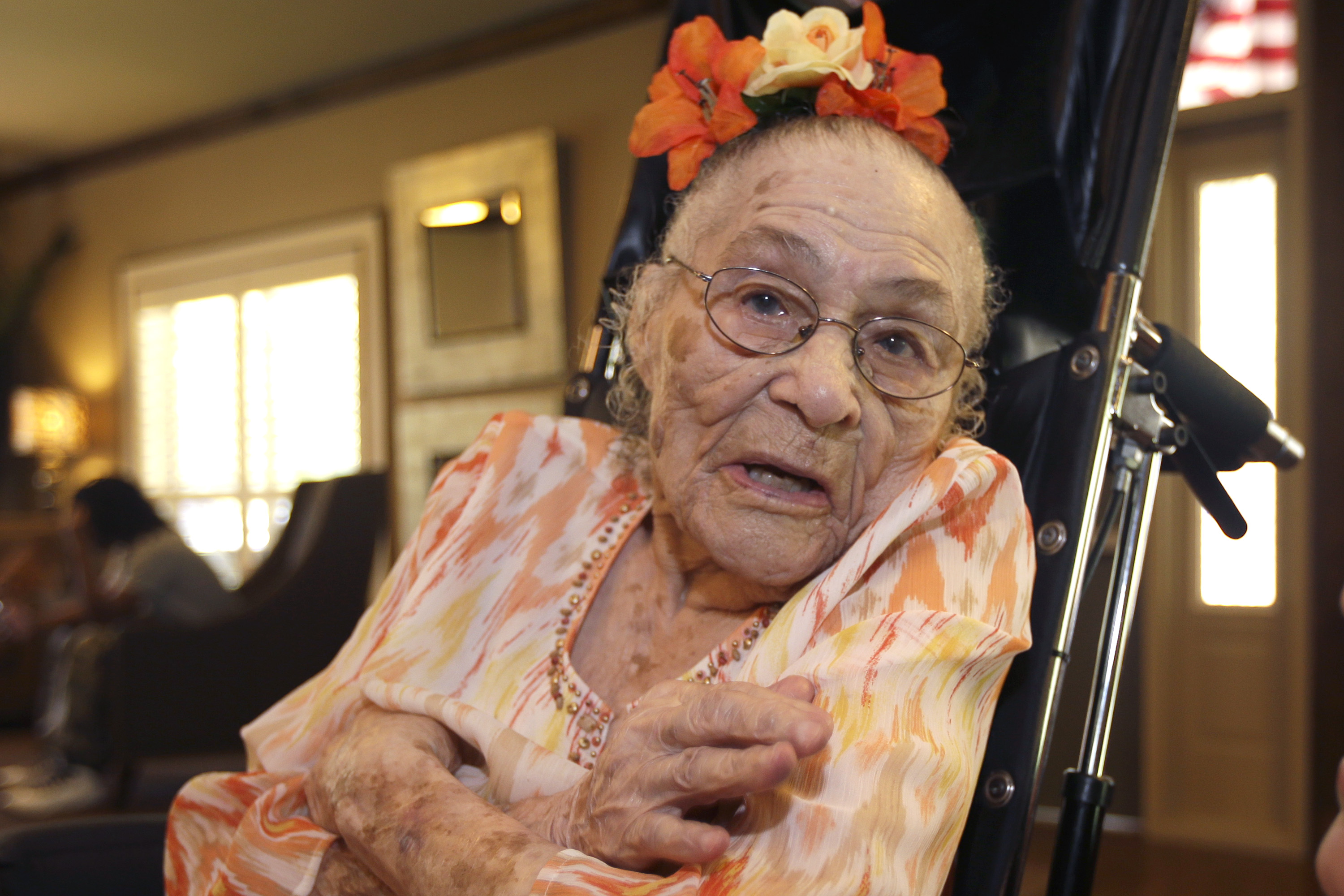 At 116, Gertrude Weaver was already the oldest person in America. With the death of 117-year-old Misao Okawa in Japan, Weaver became the world's oldest person, according to the Los Angeles-based Gerontology Research Group, which tracks supercentenarians.

"When people pass away, there is often an application process ... but they may not wait for that process to name her the oldest person in the world," he said. "Only five documented people have ever reached 117, and as of right now Gertrude Weaver is the seventh-oldest verified person of all time."

Staff at the Silver Oaks Health and Rehabilitation Center in Camden, about 100 miles southwest of Little Rock, said Weaver was inundated by television crews and other visitors Wednesday.

Weaver, a former domestic worker in private homes and mother of four children, has experienced a lot in her 116 years, Center Administrator Kathy Langley said. But she still has one dream she would like to realize.

"She really wants to meet the president. She's voted for him twice now and it's just her lifelong dream," Langley said. "We sent him an invitation to come to her birthday party last year, and we will send him another one this year."

Langley said there's no birth record for Weaver and it's likely her family chose to celebrate her birthday on July 4 because they were patriotic. "That's the only day she ever remembers celebrating on," Langley said.

Weaver was raised in a small unincorporated community outside of Texarkana and has lived in Arkansas almost all of her life. The Gerontology Research Group used 1900 census records, which listed Weaver as 2 years old, and a marriage license from 1915 that listed her age as 17 to determine she was the oldest living American.

Weaver is in good health, Langley said, and attributes her longevity to treating others well.

Weaver enjoys "sittercising" - exercise classes she participates in three times a week from her wheelchair - as well as weekly church services and daily talks about cooking, Langley said. She also visits almost daily with her son Joe Weaver, who is in his mid-90s.

"They're just a wonderful family, very loving," Langley said. "She has a granddaughter and a grandson who are in their 70s and who live in town, and they are here all the time visiting with her along with many other family members."

On Monday, Sen. Tom Cotton tweeted a photo of his staffer meeting with Weaver: