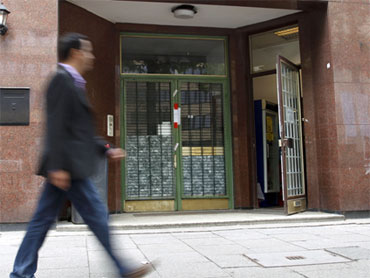 A Hamburg mosque once frequented by some of the Sept. 11 attackers was shut down Monday because German authorities believed the prayer house was again being used as a meeting point for Islamic radicals.

The Taiba mosque was closed and the cultural association that runs it was banned, Hamburg officials said in a statement.

"We have closed the mosque because it was a recruiting and meeting point for Islamic radicals who wanted to participate in so-called jihad or holy war," said Frank Reschreiter, a spokesman for Hamburg's state interior ministry.

He said that 20 police officers were searching the building and had confiscated material, including several computers. He was not aware of any arrests.

However, the homes of leading members of the cultural association were searched and the group's assets were confiscated, the Hamburg state government said in a statement.

Authorities have said the prayer house, until two years ago known as the al-Quds mosque, was a meeting and recruiting point years ago for some of the Sept. 11 attackers before they moved to the United States. Ringleader Mohamed Atta as well as Marwan al-Shehhi and Ziad Jarrah had studied in Hamburg and frequented al-Quds mosque.

Reschreiter said Monday marked the first time the mosque had been closed, and that it had been under observation by local intelligence officers for "quite a long time."

A 2009 report by the Hamburg branch of Germany's domestic intelligence agency also said the mosque had again become the "center of attraction for the jihad scene" in the northern port city.

"Latest developments have shown that the training courses, sermons and seminars by the association as well texts published on the group's home page not only violate the constitution but also radicalize listeners and readers," Monday's statement said.

By Monday morning, the group's home page on the Web had been taken down and it was not possible to reach any members directly.

It said some people who belonged to the mosque's cultural association and prayed there had traveled to a radical training camp in Uzbekistan.

A group of 11 militants that traveled to military training camps in Uzbekistan in March 2009 was formed at Taiba mosque, the report said.

Most of the group's members were either German converts, of Middle Eastern origin or from the Caucasus region.

"A very important factor for the radicalization of the group members was certainly their joint visits to the mosque," the intelligence report stated.

It appears that one man from the group joined the Islamic Movement of Uzbekistan, a terrorist organization in Central Asia, the report said.