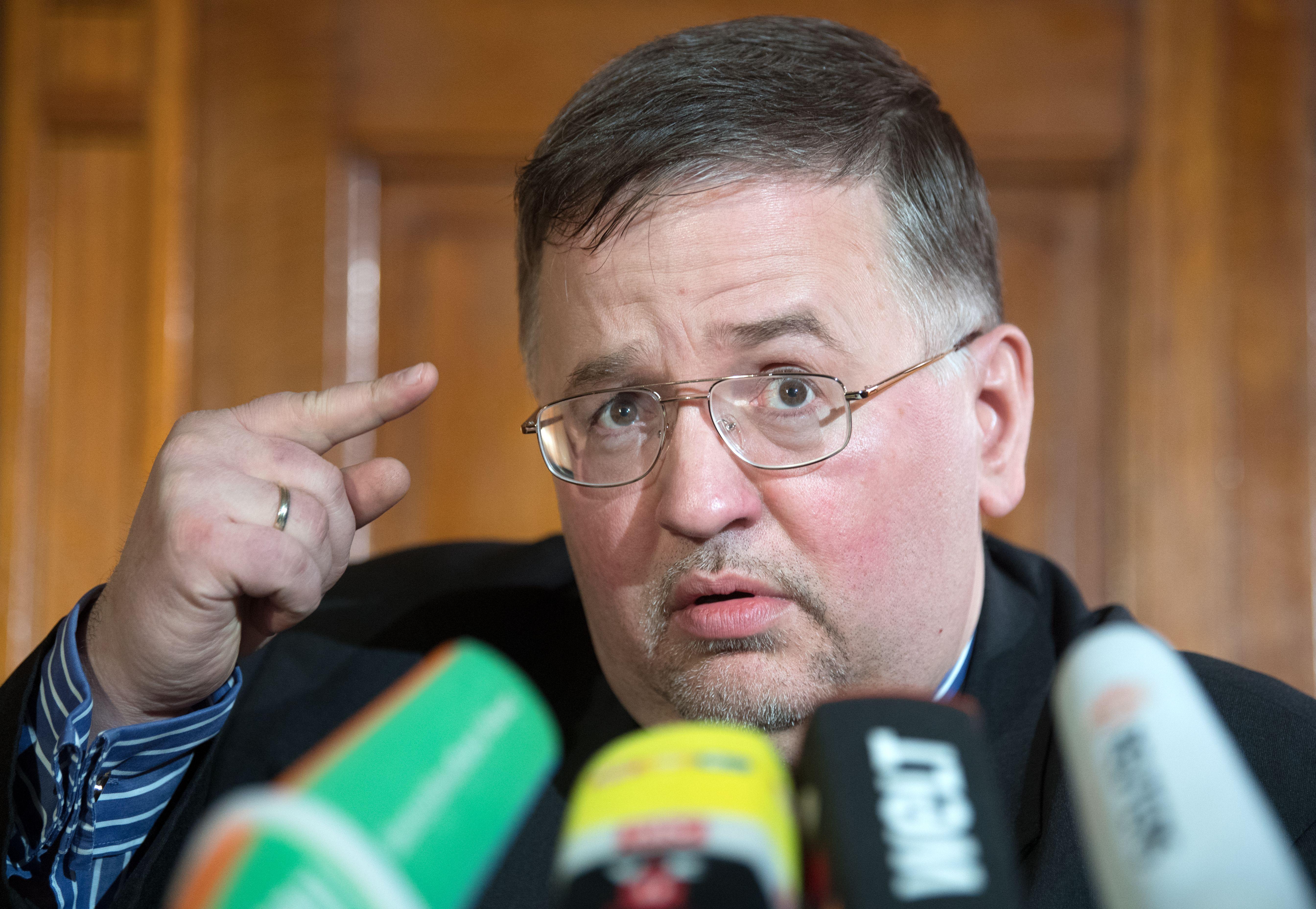 POTSDAM, Germany -- Arthur Wagner has been many things in life: a child in the Soviet Union, a migrant in Germany, a devout Christian, an alcoholic, a truck driver and a committed member of the nationalist Alternative for Germany party. Earlier this month, Wagner surprised his party colleagues by announcing that he'd converted to Islam.

The news raised eyebrows because Alternative for Germany takes a hard-line stance toward Islam: the party's official position is that the religion has no place in Germany.

Wagner, who now goes by the first name Ahmad, disagrees but doesn't want to leave the party.

"I will always be faithful to AfD," he told a roomful of reporters late Wednesday, referring to the party by its German acronym.

Most Muslims are concerned about the rise of AfD, which came third in last year's national elections after campaigning heavily against Islam and immigration. Aiman Mazyek, head of the Central Council of Muslims, has accused the party of harboring "Islam haters and racists" in its ranks.

Last week AfD's firebrand leader in the eastern state of Thuringia, Bjoern Hoecke, was caught on camera telling supporters that when the party takes power it would ensure that what he referred to as the "three Ms" of Islam  - the Prophet Muhammad, the muezzins' call to prayer and mosque minarets - "stop at the Bosphorus."

"I don't know what he's been smoking," Wagner, a long-time party member, said of Hoecke.

The jolly 48-year-old, who until recently had a relatively low profile as a member of AfD's board in the state of Brandenburg, said that rather than drawing battle lines, he wants to build bridges.

Speaking in Brandenburg's capital Potsdam, just outside Berlin, Wagner dismissed the suggestion that he was engaged in an improbable stunt.

"I'm deadly serious," he insisted. "I see my task as creating consensus between German Islam and conservative Germans."

Asked why he converted to Islam last year, Wagner is vague and refers to a years-long interest fed by a visit to Ufa, a center of Islamic theology in Russia.

Wagner has also said he became alienated from the German Protestant Church because of its support for gay pride marches. "That made me mad," he told Berlin's Tagesspiegel daily. "There were children present. It's not right for children to see such things."

It wasn't immediately clear how AfD would react to Wagner's efforts to reach out to Muslims, his belief that "the 21st century is the century of Islam" and his plan to train as an imam in Russia.

For now, the party's local chapter has insisted that he's not being pushed out for what they consider a "personal decision." Still, its regional leader, Andreas Kalbitz, restated the party's view that Islam "poses a great threat to the state, to our society and our values."

Wagner has already stepped down from two party posts and expects further headwind from members who feel uncomfortable with a Muslim convert in their midst.

Already, Wagner feels he's part of something bigger - "my Ummah" as he calls it - the worldwide community of 1.8 billion Muslims.