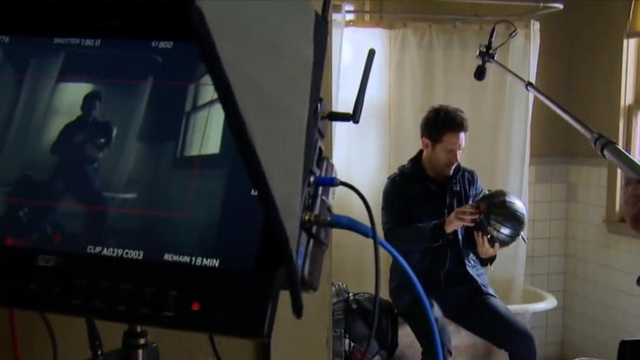 Georgia's generous tax incentives have provided a warm welcome to filmmakers. But now, some studios say the state's southern hospitality is being tested by a proposed law they believe discriminates against the LGBT community.

Backers of the so-called "religious liberty" bill say the measure would protect faith-based groups that refuse to serve or hire someone for religious reasons. But major companies, like Walt Disney, are threatening to pull their business.

Disney issued a statement saying, "...we will plan to take our business elsewhere should any legislation allowing discriminatory practices be signed into state law."

Similar sentiments have been voiced by AMC Networks, which films "The Walking Dead" in Georgia, as well a list of other corporations. Viacom, Delta, Coca-Cola, Unilever, Intel and representatives for two of Georgia's sports teams -- The Falcons and The Braves.

The NFL has also warned the bill's passage could derail Atlanta' s plans to host the Super Bowl as early as 2019.

The state's vocal debate between "religious liberty" and "gay rights" is now focused on Georgia's Republican Governor Nathan Deal, who must decide whether to sign a bill called the "Free Exercise Protection Act." This would not only allow religious officials to refuse to perform same-sex marriages, but also allow faith-based organizations to deny services or employment to people who violate their, "sincerely held religious belief."

"Let's say my wife and I want to start an adoption agency. We want it to be a faith-based organization. We only want to adopt out to traditional couples. It would protect us," said Georgia Senator Greg Kirk, a sponsor of the bill.

"Movie studios are really thinking twice about whether they want to send their contractors and employees to Georgia to work for an extended period of time," said Sarah Warbelow, the legal director of the Human Rights Campaign. "Nobody wants to place their employees and residents at risk for discrimination."

The Republican governor isn't expected to act on the bill until next month. He has until May 3rd. But earlier this year, he said he'd reject any measure that "allows discrimination in our state in order to protect the people of faith."

Still, Senator Kirk cites a recent poll that says most Georgia citizens are neutral on the issue.