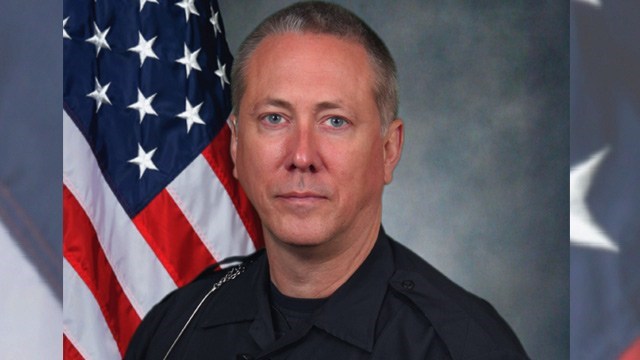 DECATUR, Ga. -- A white Atlanta-area former police officer who shot an unarmed, naked, mentally ill black veteran has pleaded not guilty to the charges against him.

Robert Olsen was indicted in January on numerous charges, including felony murder, in the shooting death of 27-year-old Anthony Hill. He has since resigned from the force.

Olsen shot Hill on March 9, 2015, while responding to a call about a naked man behaving erratically outside a suburban Atlanta apartment complex.

CBS affiliate WGCL reported that Hill's family said he was having some sort of mental episode which caused him to strip naked. Police were called and when Olsen arrived on scene, he claimed Hill lunged at him, prompting the fatal shooting.

Hill's family says he was a U.S. Air Force veteran who struggled with mental health problems.

"When the male saw the officer he charged, running at the officer," the police chief said. "The officer told him to stop while stepping back at which point he drew his weapon and fired two shots."

But other witnesses said Hill was unarmed and did not charge Olsen. Investigators said no weapon was found at the scene.

Hill's girlfriend, Bridget Anderson, said he had suffered from bi-polar disorder and PTSD following his deployment in Afghanistan, serving with the Air Force. Anderson said Hill had suffered severe side-effects from a medication prescribed to him by a physician at the VA Hospital.