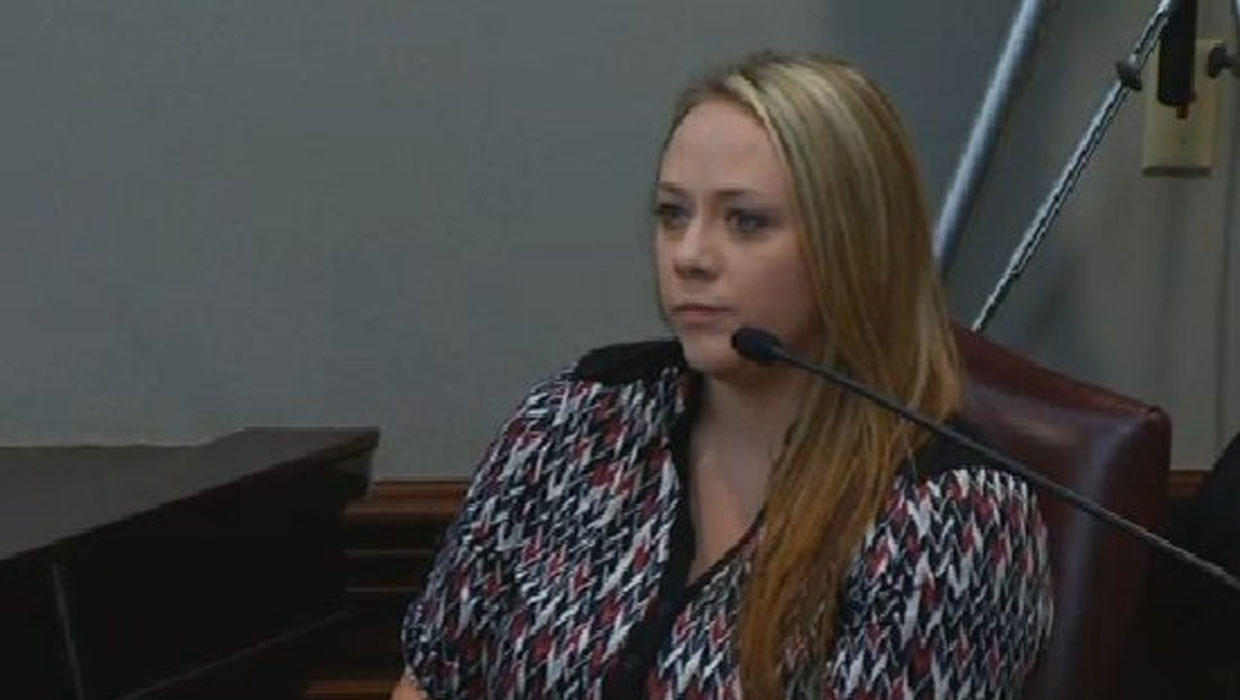 BRUNSWICK, Ga. -- A day after she defended her former husband as a loving father, the ex-wife of a Georgia man charged with leaving their toddler son to die in a hot SUV bitterly told a jury Tuesday, “He destroyed my life.”

Justin Ross Harris, 35, is charged with murder in the June 2014 death of his 22-month-old son, Cooper. His defense attorneys say Harris accidentally left the boy in his SUV outside his workplace after forgetting to drop him off at day care. Prosecutors say he killed the child on purpose.

Leanna Taylor, who divorced Harris in March after 10 years of marriage, took the witness stand in his defense Monday. She walked the jury through a series of family photos and video clips cute enough to make some jurors laugh out loud. She said Harris would not have left their son to die intentionally.

But Taylor spoke of her former husband in much harsher terms Tuesday after prosecutors questioned how well she really knew him. Evidence in the trial has shown Harris, not long before his son’s death, met a prostitute for sex. He went online seeking sexual encounters with men and women. The day Cooper died, Harris was swapping sexual text messages with a 17-year-old girl, asking for a photo of her breasts.

“Basically you had no idea how his behavior was escalating over the years,” prosecutor Chuck Boring said.

Taylor broke down. She had previously said sexual problems plagued her marriage to Harris and they sought counseling years earlier after he confessed to frequently viewing pornography. Taylor said she hadn’t known until after their son’s death that Harris was having physical affairs.

“He ruined my life. He destroyed my life,” Taylor said before leaving the witness stand in tears. “I’m humiliated. I may never trust anyone again the way that I did. If I never see him again in my life, that’s fine.”

That testimony contrasted sharply with the image of a playful father and family man Taylor presented under questioning from Harris’ defense attorneys Monday.

Even Harris grinned from his seat at the defense table as defense attorney Maddox Kilgore played video clips of Harris trying to teach his son to say “banana” and letting the toddler strum his guitar. Several members of the jury openly laughed.

Despite problems in their marriage, Taylor testified Monday, Harris had been an enthusiastic and involved parent who doted on their son.

“He wanted to enjoy every second he could with him,” she said.

Taylor said she considered her husband’s infidelities to be a separate issue from the question of how much he loved their son. Others close to them gave similar testimony Tuesday.

Taylor’s best friend, Angie Bond, told the jury she believe Harris loved his son even though “I don’t like him very much because he cheated on my best friend.”

Harris’ brother, a police officer in Tuscaloosa, Alabama, testified that he was “very ashamed” of the way Harris strayed from his marriage. But Michael Baygents also recalled a family beach trip the month before Cooper died in which his brother filled a kiddie pool with ocean water for the boy to play in and shaded it with a tent.

“I think he loved Cooper more than life itself,” Baygents said. “I’ll never believe anything else other than that he loved his son more than anything.”

Prosecutors say Harris left his son in his car seat to swelter and die on purpose so that he could escape the responsibilities of family life as he sought relationships with other women. Harris told police he strapped Cooper into his car seat after they ate breakfast together at a restaurant, then forgot about the boy during a drive of just over a half-mile to his workplace.

Harris worked as a web developer for Home Depot in the Atlanta suburbs after he and Taylor moved to Georgia from Tuscaloosa, Alabama, in 2012. The trial was moved to the coastal city of Brunswick, 275 away from suburban Cobb County, because of pretrial publicity.

A former Home Depot co-worker testified Tuesday that Harris gushed about fatherhood. Jason Abdo said the two of them often discussed music and Harris told him being a dad was far better.

“As much as you love music, you’ll love your kid 100 times more,” Abdo recalled Harris telling him.

Before she left the witness stand Tuesday, Taylor said she hasn’t spoken to her ex-husband since she filed for divorce in February.

She said she’s now living in Florence, Alabama, “to be close to my new boyfriend.”

Testimony was continuing Wednesday at the defense called friends of Ross Harris to the stand – including a co-worker who called him a “nice guy” and a fellow church member who said Ross Harris told a men’s group there he was having problems staying away from pornography and asked for their prayers, reports the Atlanta Journal-Constitution.

The defense also called a travel agent who said Harris had been in communication with her, interested in booking a family trip.