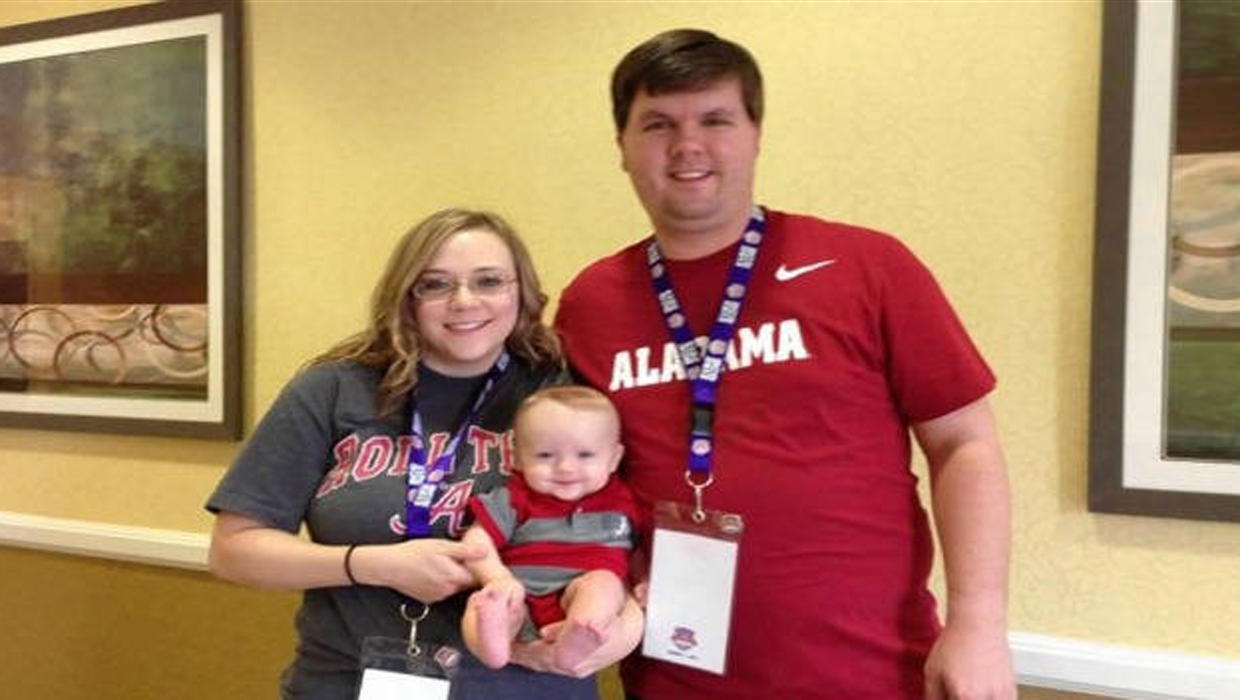 BRUNSWICK, Ga. — The ex-wife of a Georgia man charged with murder after their toddler son died in a hot SUV shed tears for her boy on the witness stand Monday while testifying that her former husband would not have left him to die on purpose.

Leanna Taylor told a jury she tried to be strong for Justin Ross Harris after learning on June 18, 2014, that their only child was dead after Harris left the boy in his car’s back seat all day after driving to work.

“I knew he was never going to forgive himself,” Taylor testified, adding that she knew Harris didn’t leave their son intentionally.

Her testimony as a defense witness for Harris, 35, contradicts the case prosecutors have spent weeks trying to build: that Harris meant to kill his 22-month-old son, Cooper. Prosecutors say Harris, who is charged with felony murder, wanted to escape the responsibilities of family life as he spent his time seeking sexual relationships both online and in person with women outside his marriage.

Taylor, who divorced Harris earlier this year and went back to using her maiden name, acknowledged they had problems in their marriage dealing with sex. He had told her years earlier he frequently watched pornography and they sought counseling. She also had caught him sending text messages to other women, but testified she did not know he was meeting some of them for sex.

“If I had, I would have divorced him then,” she said.

But Taylor also testified Harris was an equal and enthusiastic partner when it came to parenthood. He helped change Cooper’s diapers, prepared his meals and would bathe the child. In the mornings, she said, Cooper and his father would sit together in bed watching cartoons.

Later, jurors were shown home videos of Justin Ross Harris playing music as the child looked on and playing with the boy, reported CBS affiliate WGCL via Twitter. They also saw photos of father and son together.

On the witness stand, Taylor recalled her son as a cheerful boy who loved to play with toy cars and trucks and often waved and smiled at strangers. When Harris’ defense attorney, Maddox Kilgore, handed her a photograph of Cooper napping in daycare, she broke down in tears.

Seated at the defense table, rarely looking up at his former wife, Harris at times cried during her testimony.

By the summer of 2014, Harris was trying to plan for the three of them to take a family cruise with his brother’s family, Taylor said. They also had begun talking with a real estate agent about buying a home in metro Atlanta, where Harris worked as a web developer for Home Depot after they moved from Tuscaloosa, Alabama, in 2012. Taylor said her husband wanted to make sure they lived in a good school district.

That all came to halt the day Taylor showed up to pick Cooper up from daycare and learned he was never dropped off that day. Earlier that day, Harris sent her a text message asking: “When you getting my buddy?”

She said she rushed to her husband’s nearby office.

“The only thing that made sense to me, based on what I knew that day, was Ross must have left him in the car,” Taylor said. “It was the only thing that clicked in my mind as even a remote possibility. If he was never checked in, he must have been forgotten.”

Despite the horrific news, Taylor said, she didn’t cry until hours later when she went home, crawled into her dead son’s bed and wept. Her husband was being held in jail on charges.

“I did not know you could react the way I reacted,” Taylor said. “It was like someone else took over my body for me while I was outside of my mind just trying to make sense of what had happened.”