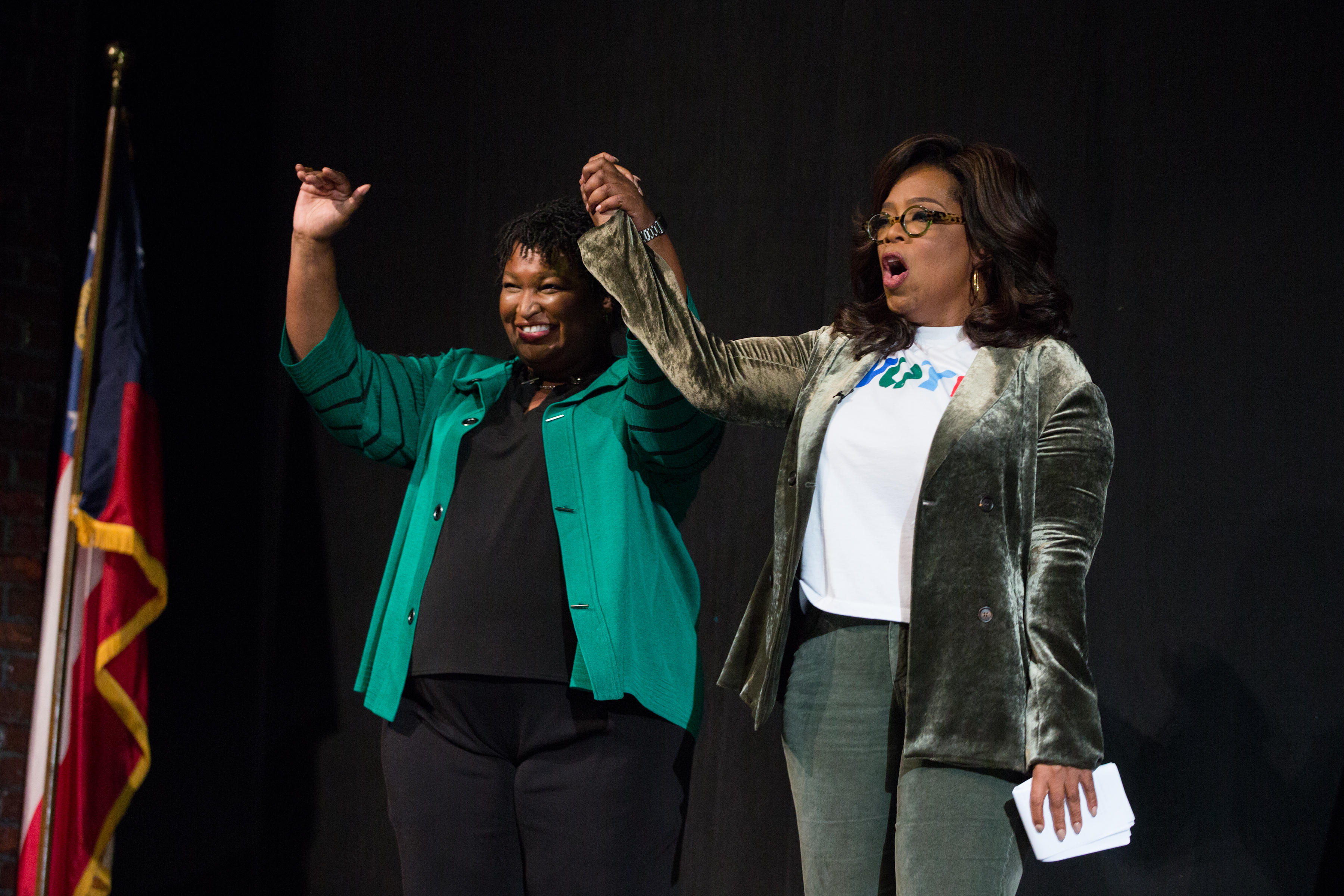 The office of Georgia Secretary of State Brian Kemp, the Republican candidate for governor, said Sunday it had launched an investigation into the state Democratic Party over "a failed attempt to hack the state's voter registration system." In response, the state's Democratic candidate for governor, Stacey Abrams, dismissed the investigation as lacking evidence and part of a pattern of voter suppression efforts.

"There is no evidence, there's not even a conversation about Democrats having anything to do with this," Abrams said in a "CBS This Morning" interview Monday.

The investigation comes in the final days of a state contest that has become one of the most closely-watched races in tomorrow's midterm elections. Abrams, if elected, would be the nation's first black female governor. Kemp has faced repeated allegations of voter suppression.

Candice Broce, press secretary for the secretary of state's office, said in a statement Sunday morning the state party was "under investigation for possible cyber crimes." Broce said "no personal data was breached and our system remains secure." In a subsequent statement Sunday afternoon, the secretary of state's office said the investigation was prompted by "information from our legal team about failed efforts to breach the online voter registration system and My Voter Page." It said it had referred the matter to the FBI and "will release more information as it becomes available."

In the "CBS This Morning" interview, Abrams said neither her campaign nor the Georgia Democratic Party has been contacted by the FBI or the Department of Homeland Security on the matter.

The dispute that sparked the investigation appear to have been building in the days before Kemp's office launched its probe. An attorney who represents election-security advocates was already suing Kemp over his job performance, and said a private citizen alerted him Friday to a suspected major flaw in the voter database that is used to check in voters in Tuesday's midterm.

The lawyer, David Cross, notified both the FBI and Kemp's counsel Saturday morning. But the citizen had separately informed the Georgia Democratic Party, whose voter protection chief then sent an email to two computer security officials. "If this report is accurate, it is a massive vulnerability," wrote the official, Sara Tindall Ghazal. Party officials provided the AP with the email, its recipients' names redacted. Neither Cross nor the state party went public.

The online news outlet WhoWhatWhy obtained a copy of the Ghazal email and the email that Democratic Party officials received from the private citizen who discovered the flaw, Richard Wright. They published a story Sunday just as Kemp's office released the statement accusing the Democrats of attempted hacking.

Abrams, on "CBS This Morning," said the lag time is a failure on the part of Kemp's office. "Brain Kemp was told about this days before and did nothing to alert the public to the fact that there was another flaw in the system he is responsible for overseeing," she said. "Instead of addressing the flaw and taking responsibility he decided to go to a desperate place and blame democrats for simply alerting cybersecurity experts to his failure."

The Kemp campaign, meanwhile, pounced on the investigation, calling the alleged hacking "a 4th quarter Hail Mary pass that was intercepted in the end zone." "In an act of desperation, the Democrats tried to expose vulnerabilities in Georgia's voter registration system," Ryan Mahoney, communications director of Kemp's campaign, said in a statement. "Thanks to the systems and protocols established by Secretary of State Brian Kemp, no personal information was breached. These power-hungry radicals should be held accountable for their criminal behavior."

Neither Kemp nor President Trump mentioned the issue during a rally in Macon, Georgia on Sunday. Speaking to reporters before departing the White House, the president said he had not been briefed about the hacking accusation and didn't know anything about it. At the rally, Kemp and Trump said Abrams is part of the "radical left" and is seeking to make Georgia as liberal as California.

Kemp's office announced today that the state hit a new, all-time record for early voting in a midterm election, with 2,071,830 ballots cast before Election Day.

Abrams has been boosted with appearances by former President Barack Obama and Oprah Winfrey in the closing days of the campaign, while President Trump and Vice President Pence have rallied for Kemp.