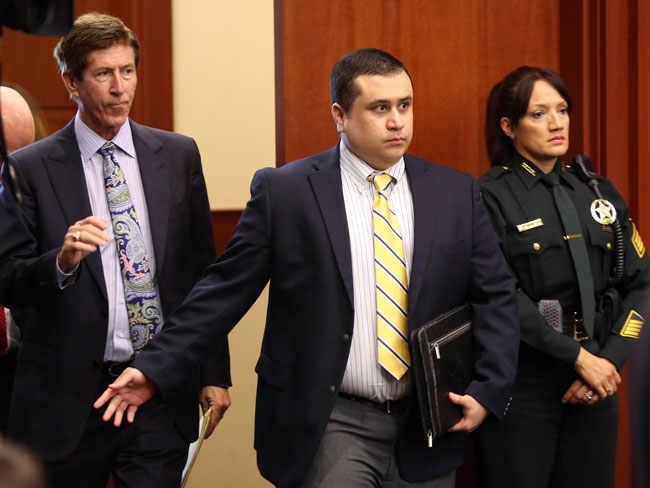 Zimmerman's attorney asked the judge Thursday to allow the witnesses to give their testimony out of the public's eye.

Defense attorney Mark O'Mara says the witnesses have concerns for their safety about testifying at the trial, which starts next week. He says their testimony could impact the jury's decision.

Prosecutors and attorneys for media groups objected to the request.

"What happens in court is open to the public - it is public property," said Orlando Sentinel attorney Rachel Fugate. "Witnesses don't get to come to court to testify anonymously unless there are very compelling reasons for the witness to do so."

O'Mara suggested that certain witnesses could be shielded from view, but prosecutors said concealing their identities could "highlight witnesses' testimony when it shouldn't be highlighted" for the jury.

The ruling comes during a pre-trial hearing Thursday during which the judge is set to consider a series of motions. Fourth Judicial Circuit Information Technology Director Ben Kruidbos took the stand, testifying about several text messages and photos he retrieved from Trayvon Martin's phone - information the defense says wasn't turned over to them.

The judge was also set to consider whether a state audio expert who claimed he heard Trayvon Martin yelling "I'm begging you" in the background of a neighbor's 911 call used scientifically acceptable techniques when he analyzed the call.

Complete coverage of the George Zimmerman/Trayvon Martin case on Crimesider