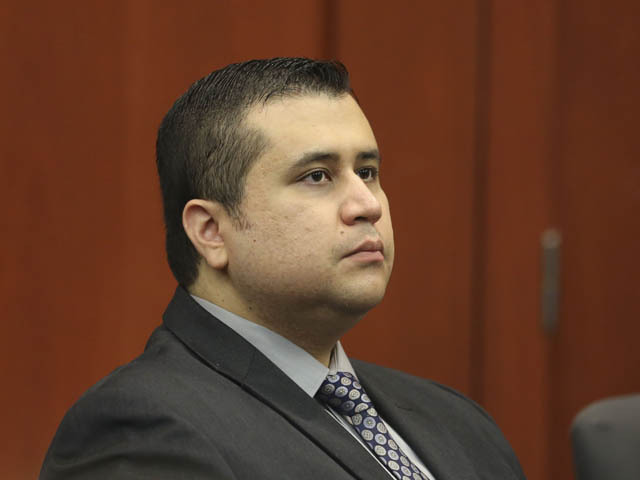 Prosecutors and defense attorneys will need to hash out jury instructions before closing arguments launch. The prosecution is expected to begin with their arguments at 1 p.m. Thursday, followed by the defense Friday morning, after which the case will go to the jury of six women.

The defense's case spanned nearly three days of testimony, including witnesses who said they believed Zimmerman was screaming in the background of a crucial 911 call and a gunshot wound expert who said Florida teen Trayvon Martin was above Zimmerman before the fatal gunshot.

Zimmerman, a former neighborhood watch volunteer, is charged in Martin's shooting death during an altercation in a Sanford, Fla. gated community last year. Wednesday afternoon, Zimmerman told a judge that he would not testify on his own behalf.

A judge denied a motion for acquittal before the defense formally rested its case.

Gladys Zimmerman, Zimmerman's mother, was the first witness to testify for the defense late Friday afternoon after prosecutors rested their case.

When asked who was screaming in the background of the 911 call placed by a neighbor the night of the fatal altercation, Gladys Zimmerman said it was "My son, George."

Zimmerman's father, called to the stand Wednesday, also testified he believed the voice was that of his son.

Who is screaming in the background of the call has been a key point of contention in the case because it may provide clues as to who was the aggressor in the fatal struggle.

Zimmerman claims Martin bashed his head into a sidewalk and he shot the teen in self-defense, while prosecutors argue Zimmerman profiled the teen and shot him "because he wanted to."

A voice expert testified for prosecutors that it's impossible to scientifically analyze the tape to determine who the voice belongs to, but that someone familiar with the voice - such as a family member - may have a "better chance" of identifying it.

Martin's mother, brother and father all took the stand for prosecutors, saying the voice belonged to Martin.

As defense attorneys launched their case, they called to the stand a string of witnesses who knew Zimmerman, playing the tape numerous times in court and asking them to identify the voice. Each said the screaming voice belonged to Zimmerman.

John Donnelly, who said he considered Zimmerman to be like a son, said that he was able to identify the screams of men in distress when he was a combat medic in Vietnam.

"There's absolutely no doubt in my mind that is George Zimmerman," Donnelly said, crying. "I wish to God I didn't have that ability to understand that."

Providing crucial testimony for the defense was Dr. Vincent Di Maio, a nationally renowned gunshot wound expert, who said Trayvon Martin was leaning over George Zimmerman when he was shot.

Di Maio, a forensic pathologist, said that Martin's gunshot wound was consistent with the gun's muzzle being against his clothing, which would have been two to four inches away from his body when he was shot.

"If you lean over someone, you notice the clothing tends to fall away from the chest," Di Maio said. "If instead you're lying on your back and someone shoots you, the clothing is going to be against your chest."

The defense also called to the stand a former police officer and defensive force expert who said that George Zimmerman was in worse physical shape than Trayvon Martin at the time of the altercation.

"He would find himself lacking when compared to Mr. Martin," said the expert Dennis Root.

Following extensive argument from prosecutors and defense attorneys, Nelson ruled Wednesday that Trayvon Martin's cellphone texts on fighting and a defense animation depicting the fight between Martin and George Zimmerman won't be introduced as evidence.

The defense may, however, use the animation as a demonstrative exhibit in closing arguments. The contested animation shows Trayvon Martin punching George Zimmerman and then straddling him.

Though Zimmerman did not testify, jurors have seen numerous videotaped accounts of him recounting the events of Feb. 26, 2012, including an interview with Fox News television host Sean Hannity and a video re-enactment of the altercation taped by police the day after the shooting.