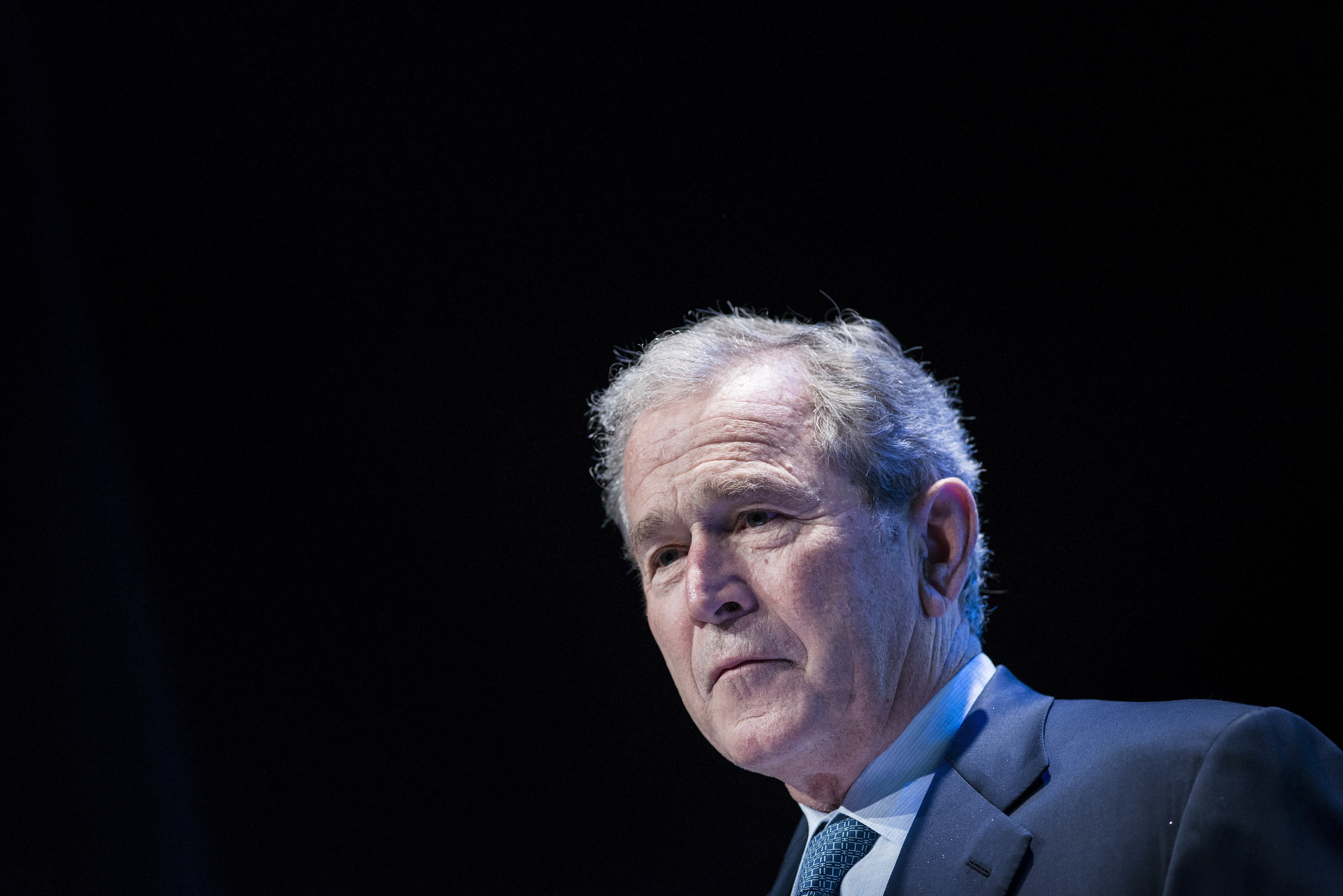 "I thought, 'how sad,'" the Texas Republican said in excerpts of an interview that will appear Sunday on "State of the Union." "I hadn't seen all the details, but it's sad that race continues to play such an emotional, divisive part of life," he continued.

The 43-year-old Garner, a father of six, died after officer Daniel Pantaleo attempted to arrest him in the borough of Staten Island for allegedly selling loose, untaxed cigarettes. A video of the incident obtained by the New York Daily News appears to show Garner pleading with police, "I can't breathe."

The grand jury's decision came about a week and a half after a jury voted not to indict the white police officer who killed 18-year-old Michael Brown in Ferguson, Missouri. Mr. Bush said he spoke with his former secretary of state, Condoleezza Rice, about the recent protests that have erupted over apparent police brutality against minorities.

"She said, 'You've got to understand that there are a lot of black folks around that are incredibly more and more distrusting of law enforcement,'" Mr. Bush said, "which is a shame, because law enforcement's job is to protect everybody."

He also briefly addressed in the clip a potential 2016 presidential bid by his brother, former Florida Gov. Jeb Bush. Although he joked that Hillary Clinton is practically a sister-in-law (a reference to the fact that he's referred to Bill Clinton as his "brother from another mother"), Jeb would "absolutely" beat the former secretary of state and presumed frontrunner for the Democratic presidential nomination.