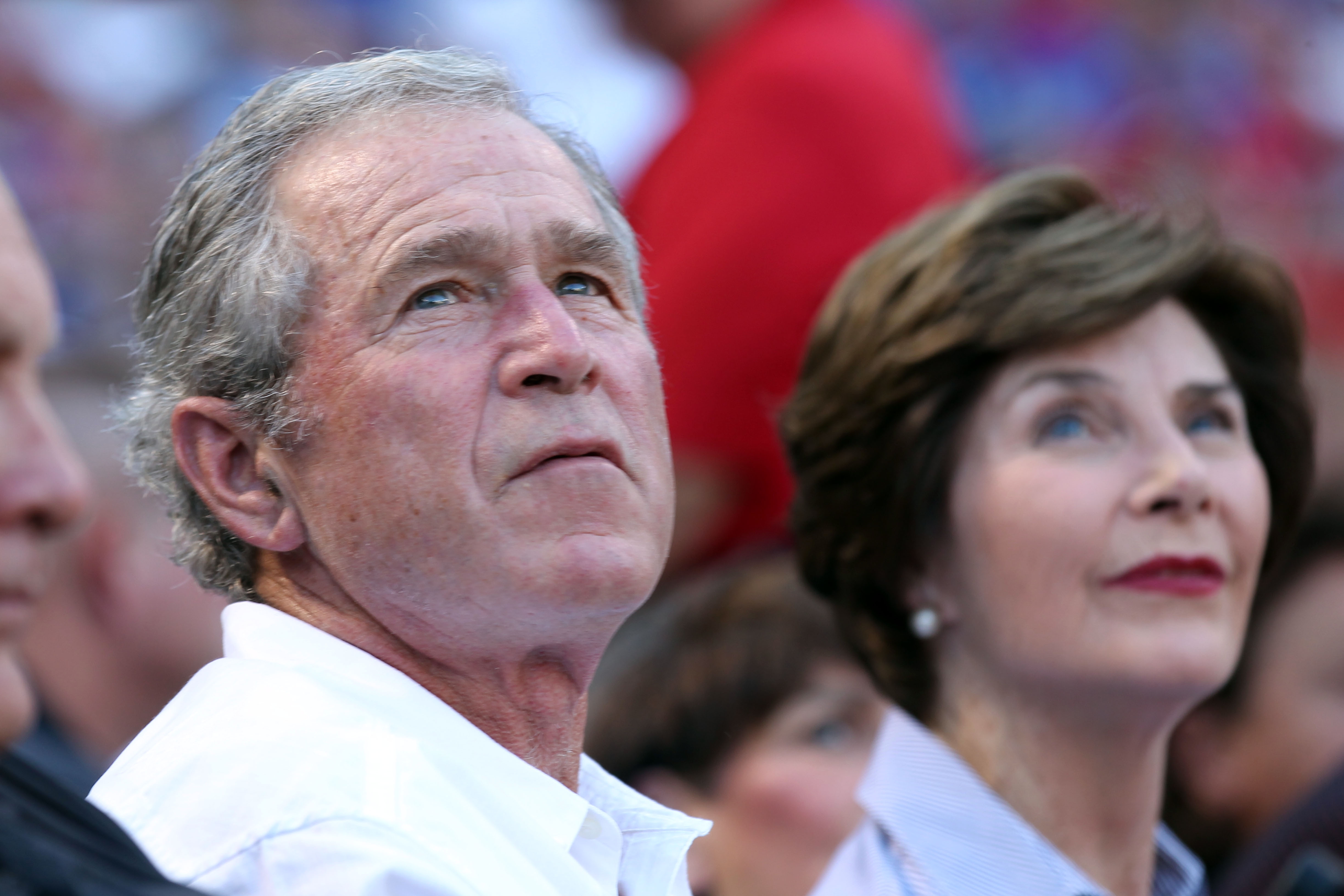 Almost 12 years after the 9/11 terrorist attacks, former President George W. Bush says he's confident America is more secure than ever, thanks to the "hardened defenses" he and President Obama engendered after their wake.

Bush, who sat down with his wife Laura Bush for an interview with Parade Magazine prior to the Boston Marathon bombings, said that the nation now has a sense of "recognition that there are people who are willing to murder the innocent to achieve their objectives" - and that "As a result, our country went on the offense and hardened our defenses."

The former president reflected on life after the presidency, and the reality of returning to civilian life after 14 years in politics.

"Not to have this sense of responsibility that you had when you were president and first lady" is the biggest adjustment, he told the magazine. "You know, one day you're being briefed on world affairs and asked to make decisions, and the next, you're in Crawford, Texas ... and the biggest decision is when do you go mountain bike riding."

Bush, who spoke with Parade in conjunction with the opening of the George W. Bush Presidential Library and Museum, talked about his desire to stay involved in policy without delving back into politics. For that reason, he said, he set up the Bush Institute, which is part of the Bush Presidential Center.

"I wanted to stay engaged in policy but I didn't want to be involved with politics," he said. "Fourteen years was enough for me."

Even so, he said he hopes that his brother, former Florida Governor Jeb Bush, will run for president down the line.

"That's for Jeb to figure out, you know what I mean?" Bush said, when asked if America is "ready" for another Bush presidency. "I would hope that people would judge [him], if Jeb were to run, on his merits and his track record. ... So I hope he will run."

"The party ought to nominate somebody who can stand by principles and explain why conservative principles are better for the vast majority of the citizens," Bush said. "I'm not one who believes that the Republican Party is doomed forever."