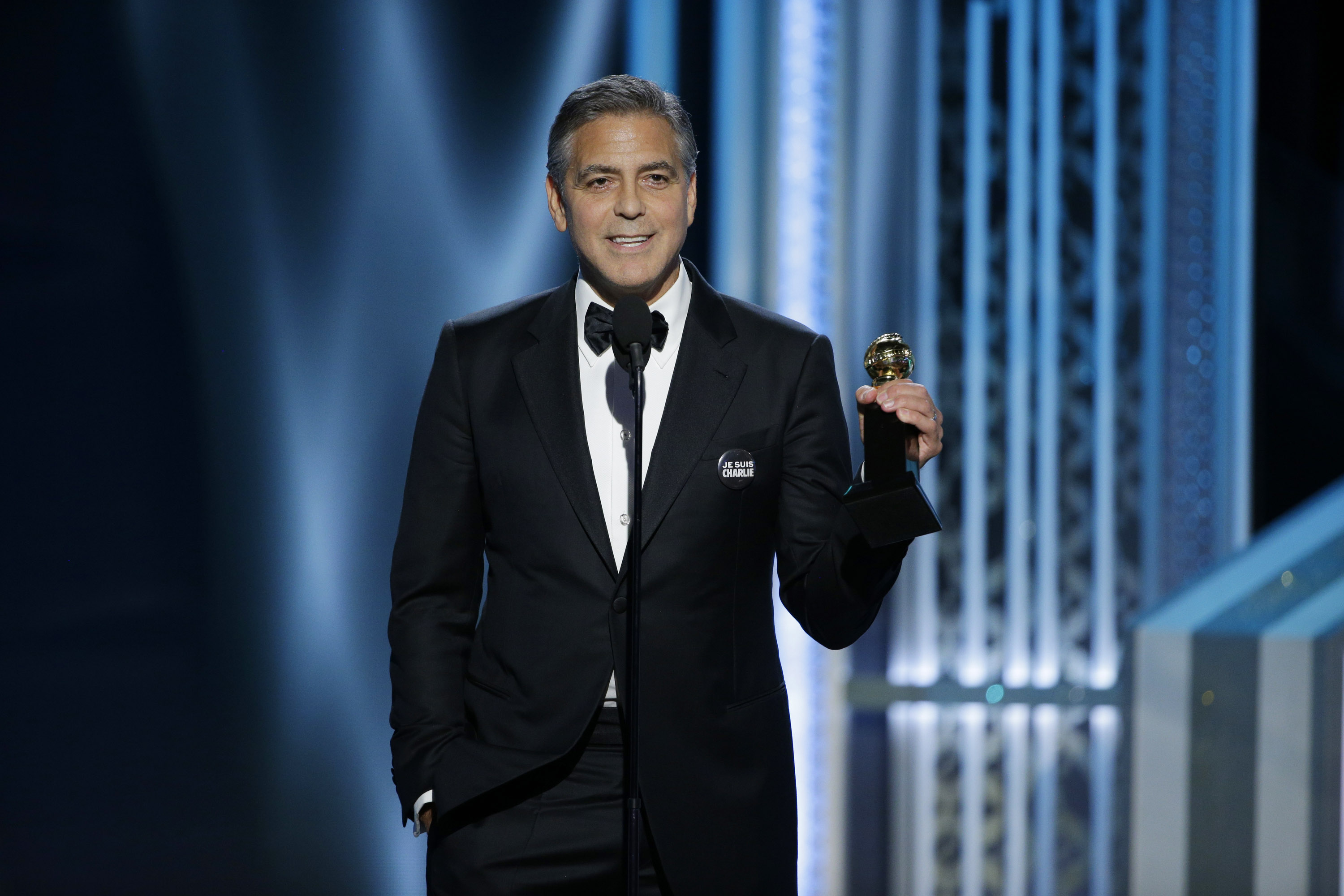 George Clooney accepted a lifetime achievement award from the Golden Globes Sunday by honoring others - his Hollywood colleagues, his new wife and millions who marched in the wake of attacks in France last week.

The veteran actor who moved from "ER" into movies was given the Cecil B. DeMille Award, an honor that has gone to the likes of Walt Disney, Bob Hope, Alfred Hitchcock and, in recent years, to Jodie Foster, Morgan Freeman and Robert DeNiro. He was introduced by two former co-workers, Julianne Margulies and Don Cheadle.

"You've always been very kind to me," he said, addressing the Hollywood Foreign Press Association, which has nominated Clooney in more Golden Globe categories than any person. "I thank you for keeping small films alive. Big ones do fine. It's the little ones that need an audience."

The newlywed actor's wife, Amal Clooney, watched from the audience.

"It's a humbling thing when you find someone to love," Clooney said, looking out at her. "Even better when you've been waiting your whole life."

He recalled how actors who are nominated but don't win awards can go home feeling like losers and reminded those in the audience that they aren't.

"If you are in this room, you've caught the brass ring," he said. "You've gotten to do what you've always dreamed of doing. That isn't losing."

Clooney wore a "Je Suis Charlie" button on his tuxedo lapel in support of the French satirical magazine that was targeted by gunmen in France last week. He saluted the millions of people who honored the victims by marching in the street this weekend.

"They didn't march in protest," Clooney said. "They marched in support of the idea that we will not walk in fear."

Earlier in the night, the Clooneys stepped out on the red carpet together. "I'm just really proud," Amal said about her husband while chatting with Matt Lauer and Savannah Guthrie on the red carpet.