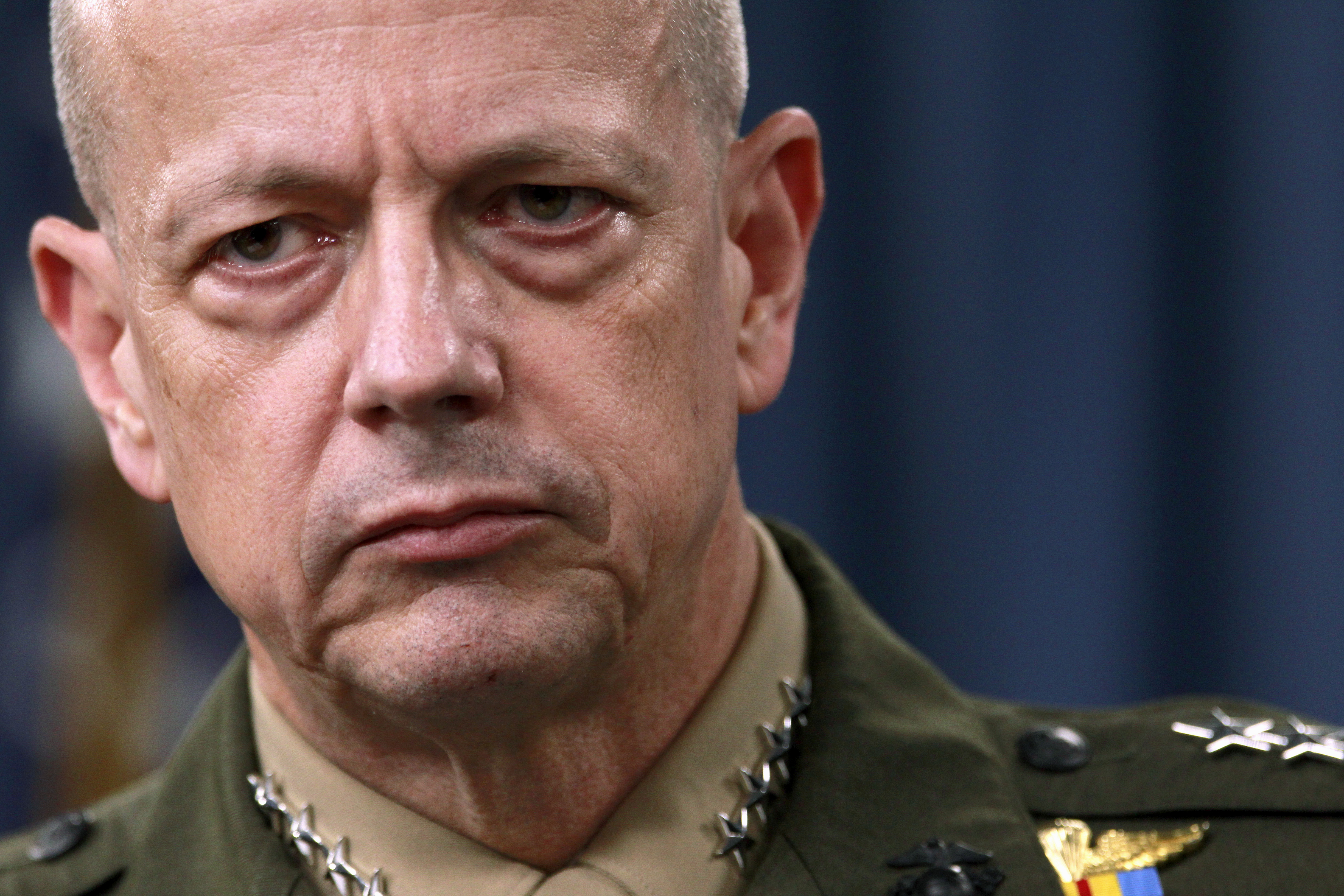 (AP) WASHINGTON - Gen. John Allen, the top U.S. commander in Afghanistan, said Monday that he is looking at possible contributing factors within the military unit's command structure that could have permitted a soldier to allegedly leave his base twice and slaughter 17 Afghan civilians.

Allen told Pentagon reporters that he is reviewing the command climate of Staff Sgt. Robert Bales' unit in southern Afghanistan. Bales has been charged with 17 counts of premeditated murder, accused of walking away from the base on possibly two occasions on the same night, and gunning down men, women and nine children while they slept in their beds.

There have been suggestions that Bales may have been drinking prior to the alleged shooting spree; military regulations prohibit drinking alcohol in a war zone. And, U.S. officials say they believe he may have split the massacre into two incidents, returning to his base after the first attack, then later slipping away to kill again.

Allen would not go into any details on the unit or the incident, but he said "I will be satisfied when I get the report that we have looked closely at the potential contributing factors that might have permitted this event to have unfolded tragically."

At the same time, Allen said that while there may have been leadership failures during this and other recent incidents, including the mistaken burning of Qurans, he does not believe that repeated war tours "inherently reduce the effectiveness of the force" or of the leadership of smaller units led by young officers.

Bales was assigned to a small base in the Panjwai District near Kandahar. He provided security for special operations troops working with villagers.

Bales' wife said she doesn't feel like she'll ever believe he was involved in the killings.

"I don't know a lot about the symptoms of PTSD, so I wouldn't know," Karilyn Bales told NBC's "Today" show. "He doesn't have nightmares, you know, things like that. No dreams," she said.

The wife of the Joint Base Lewis-McChord soldier said the accusations are "unbelievable to me."