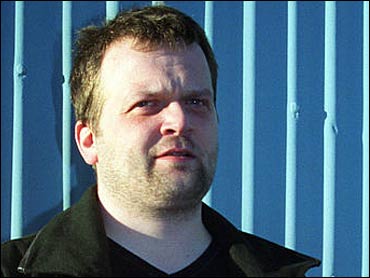 Steindor Erlingsson feels like the least popular man in Iceland.

"My family and friends tell me this book might ruin my career possibilities in Iceland," said Erlingsson, running a hand across a stubbly beard. "In a small society like this, you can't hide anywhere."

Erlingsson's target is deCODE Genetics, the biotechnology company set up in 1996 to scour the country's genes for keys to disease.

Since scientists study family histories to track the route a disease-causing gene has taken, the theory runs that in Iceland they would have a sort of extended family of the entire population - 280,000 people - to work with.

"Our Genes," Erlingsson's just-released Icelandic-language book, accuses deCODE of shaky science, bad ethics and overly cosy ties with Iceland's politicians. But Icelanders - a small, closely knit population with a strong pride in their roots - embraced the project from the start.

Eighty thousand people gave blood samples. Thousands bought shares in the firm before it went public on the Nasdaq exchange two years ago. Icelandic banks sold shares on the "gray market" for more than $60 each.

"This gene frenzy was going on in Iceland," said Erlingsson. "DeCODE was in the news every day. People were taking out loans to buy these stocks."

Many now wish they hadn't. The heroic deCODE project is looking increasingly fallible.

The company has yet to make a profit. On Nov. 15 it announced a third-quarter net loss of $85.7 million. It recently laid off 200 people, almost a third of the total, at its Reykjavik genetics lab.

Nonetheless, the company has amassed a vast amount of information on Icelanders. It says it has mapped genes linked to 25 diseases and isolated genes associated with increased susceptibility to seven ailments, including strokes and schizophrenia.

CEO Stefansson, a former Harvard neuroscience professor, says the company's approach has been a "smashing success."

Announcing the latest financial results, Stefansson said deCODE was "making the transition from a discovery-based company to a company based on product development ... from gene discovery to drug development."

The company says it will break even by the end of 2003, but its shares, which debuted on the Nasdaq in July 2000 at $18 each, are worth about $2.50 now, swamped in the stock market gloom that has hit the high-tech industry as a whole.

"When it was going on, if you went to a bank or a trading company, everybody said, 'Whatever you do, buy deCODE,"' said Jon Eldjarn Bjarnason, a 38-year-old fishing-boat engineer. "Everybody who could loan you money was encouraging you to buy deCODE. A lot of people put everything into it. Now they have no money, nothing."

Bjarnason was lucky. With debts mounting from other investments, he sold his deCODE shares at $48 just before the company went public. A lot of people he knows did not - and now are too embarrassed to speak to the press.

Meanwhile, Bjarnason's other high-tech investments have tanked, driving him to the edge of bankruptcy.

DeCODE, in contrast, appears to have flourished. Founded in 1996 with 20 employees and $12 million from venture capitalists, the company now employs 450 people and has a shiny new wood-and-glass headquarters in Reykjavik.

In 1998, deCODE signed a deal worth up to $200 million with Swiss pharmaceuticals giant Roche to look for genes that cause 12 common diseases. In September it linked up with U.S. pharmaceutical company Merck to develop anti-obesity drugs.

In May, Iceland's parliament, the Althingi, agreed to guarantee a $200 million bond issue as deCODE seeks more investment to develop new drugs.

The company says a breakthrough is only a matter of time. Meanwhile, the economic fallout has heightened criticism of deCODE's close relationship with Iceland's government.

"The difference between deCODE and other genomics companies is that they are located in one of the smallest economies in the world, and the government has done everything to help them," said Erlingsson, the "Our Genes" author.

Prime Minister David Oddsson appeared frequently with Stefansson in the company's early days. In 1998, parliament passed a law allowing a private company - deCODE, though no specific company was named - to obtain medical records from everyone in the country. Consent was assumed unless people opted out. Many doctors and medical ethicists were alarmed.

"Having these valuable records in the hands of a private company is worrying."

Others criticize the company's scientific approach, which uses "population genomics" to study the genetic causes of disease.

The company says Iceland's advantage is its detailed medical and genealogical records and the relative homogeneity of its small population. It's estimated there have been fewer than 1 million Icelanders since Norse settlers first arrived on the North Atlantic island.

DeCODE was launched with plans to build linked databases of medical records, family trees and DNA samples to create a genetic roadmap that could be searched for disease-linked genes.

Some scientists say Iceland's genetic purity is a myth. They say the island was actually settled by a mixture of Scandinavians and Celts and is just as genetically varied as most European countries.

"We are not as homogenous as we were meant to be, blue-eyed and blonde," said Hauksson. "We were valuable because we were willing to participate."

While deCODE remains publicly confident, it has had to change its corporate game plan. The database of medical records that the 1998 law was designed to establish does not yet exist - and may never be completed. More than 20,000 Icelanders have opted out. And on Nov. 14, talks collapsed between deCODE and Iceland's largest hospital over a plan to share medical records.

Most Icelanders remain supportive of deCODE, and the company remains a powerful force in Iceland.

"People discouraged me from writing this book," said Erlingsson. "I am criticizing the government. I am criticizing Kari Stefansson. These are the most powerful people in Iceland. I'm just a Ph.D. student."

Criticism, though muted, is growing. One lawmaker has called for an investigation into the relationship between deCODE and the government, and others have asked to look again at the database bill.

Erlingsson takes it as a sign that Iceland is maturing. At the beginning of the deCODE saga, Icelanders were "extremely gullible," he says. "The stock market is only 10 years old here, and until recently it was like the Wild West."

Bjarnason, the rueful investor, agrees. "Everybody was saying, 'Buy this, you can make money.' But I knew nothing about the stock market. I do now."