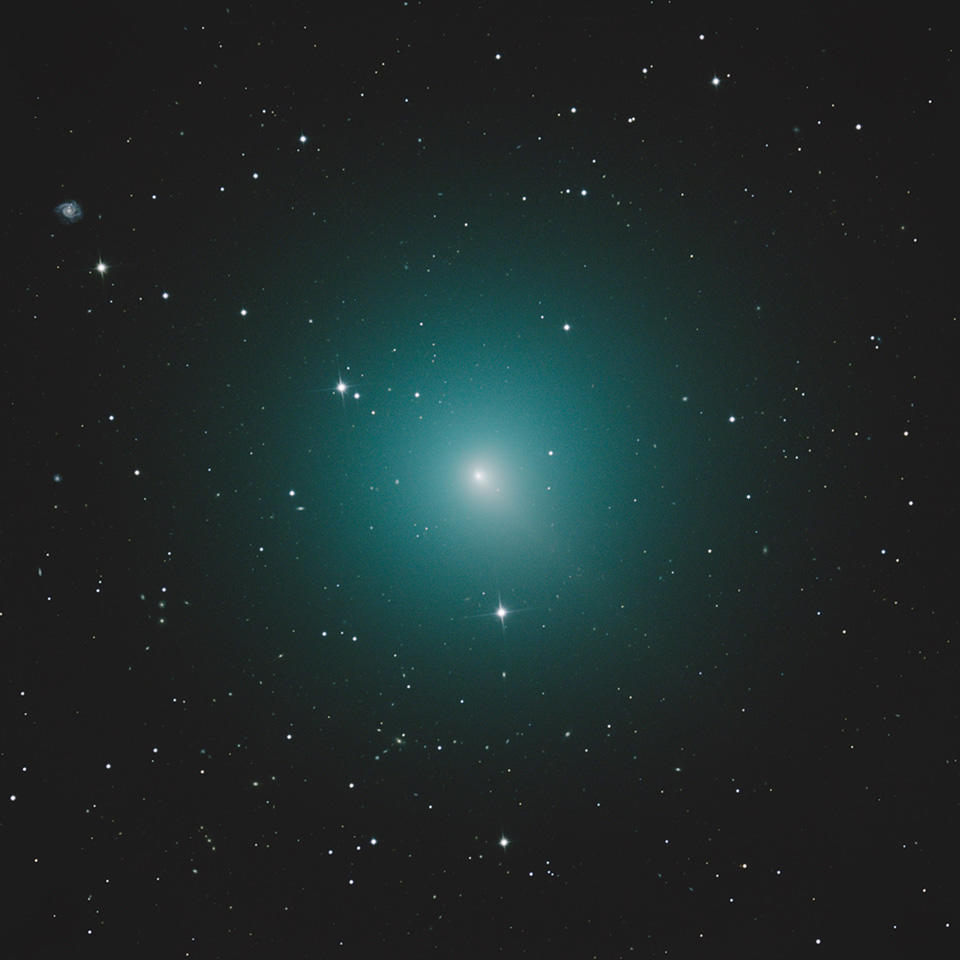 This year's brightest comet will fly across the night sky this week, dazzling stargazers across the world. The comet named "46P/Wirtanen" is about to pass relatively close to Earth – a mere 7.2 million miles away.

To earthlings, that might sound like an extremely long distance, but 46P/Wirtanen will actually be among the 10 closest comet to approach Earth in modern times, The Associated Press reports. According to the astronomy site Sky & Telescope, it is set to be the 20th-closest comet dating as far back as the ninth century.

The comet's brightness may be great enough for people to see it with their naked eyes. This would make it the brightest comet of the past few years. However, it will be harder to spot in areas with a lot of light pollution. Writing for Sky & Telescope, Joe Rao warns, "Even for those who are blessed with dark and starry skies, finding the comet could prove to be a bit of a challenge. This is because the comet will be unusually large in angular size, as well as appearing very diffuse ...  almost ghostly."

"Remember," he adds, "you're not looking for a sharp star-like object, but rather something which is spreading its light out over a relatively large area."

The comet will zoom past another astronomical marvel, the Pleiades star cluster. And it will occur during the annual Geminid meteor shower, giving stargazers even more to look at.

46P/Wirtanen circles around Jupiter and back, and makes a trip around the sun every 5.4 years. It has a diameter of about three-quarters of a mile – a relatively small comet.

Wirtanen's closest approach to Earth will be Sunday, December 16, EarthSky reports. People should be able to view it between 9:30 p.m. and 10 p.m. if the sky is clear, according to the AP. This makes viewing much more accessible than some other comets, since it will appear in the sky early, instead of in the middle of the night.