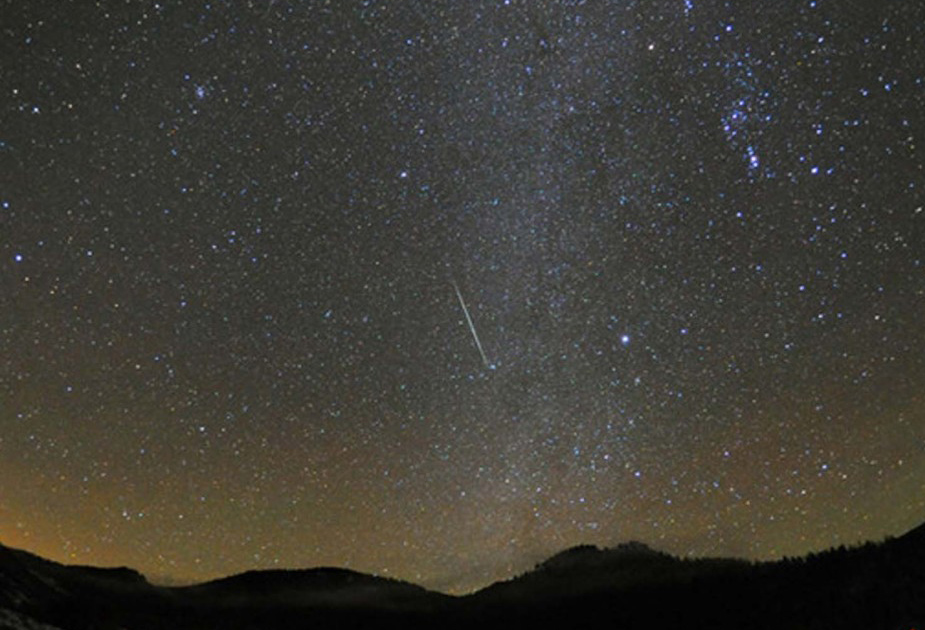 More than 100 meteors will rocket across the sky on the night of Dec. 13 and early morning hours of the 14th. Visible from almost any point on Earth, it’s the peak of the annual Geminid meteor shower.

The most intense meteor shower of the year, the Geminid features between 100 and 120 meteors per hour at its peak, traveling about 78,000 miles per hour. The full shower lasts from Dec. 12-16.

"The Geminids are my favorite because they defy explanation," said Bill Cooke, lead for NASA’s Meteoroid Environment Office, in a press release. "Of all the debris streams Earth passes through every year, the Geminids are by far the most massive. When we add up the amount of dust in the Geminid stream, it outweighs other streams by factors of 5 to 500."

While most meteor showers are a collection of meteorids spewed from comets, the Geminid meteor shower features fragments and dusty debris of a “weird rocky object named 3200 Phaethon,” according to NASA.

Cook is one of three NASA astronomers who will be hosting a live web chat as the meteors light up the sky. They’ll chat from 11p.m. to 3a.m., and will be showing off the life view of the skies over the Marshall Space Flight Center.

The best time to view is between 4 a.m. and dawn local time, wherever you live. Normally, it would be at the darkest hours of the night, 1-2a.m., but a bright moon will make the later timeframe a better bet this year.

“Find a place away from city lights, then allow 45 minutes for your eyes to adjust to darkness. Lie on your back and look straight up because no binoculars are needed. You might want to bring a blanket and some hot chocolate because baby, it's cold outside!”