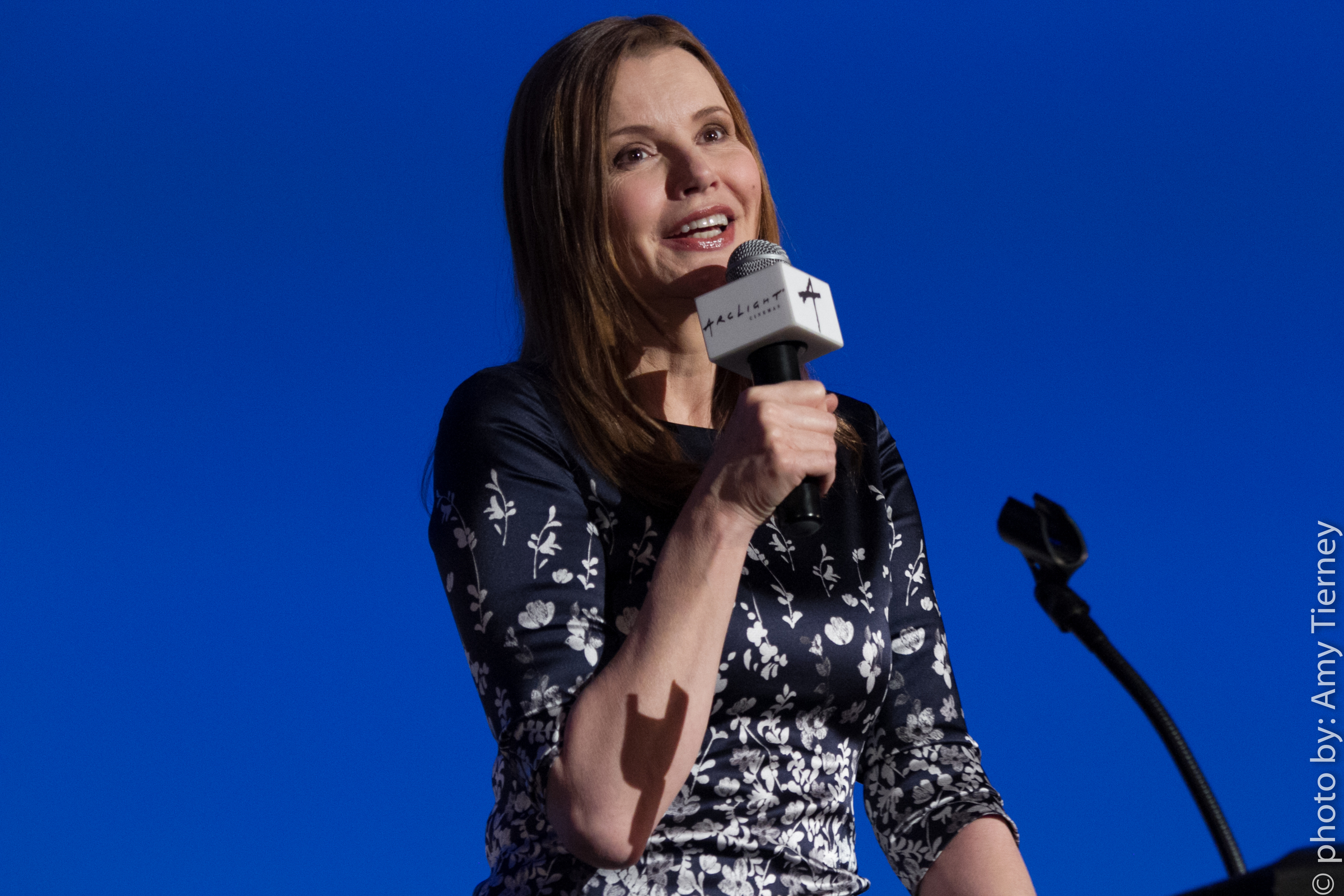 The fight for gender equality in Hollywood has had a major moment recently: The feds recently launched an investigation into the lack of female directors, a female producer had a very public scuffle with Matt Damon on diversity and Jennifer Lawrence wrote an essay about making less money than her male colleagues for "American Hustle."

But actress Geena Davis was ahead of the curve: She founded the Geena Davis Institute on Gender in Media in 2006, and has been a tireless advocate for better opportunities on and off-screen for women in Hollywood.

Davis gave the keynote speech at the Women in Entertainment Summit, presented by Arclight Cinemas and hosted by Gretchen McCourt, ArcLight Cinemas' EVP cinema programming, on Nov. 5. She spoke with CBS News about what she thinks needs to change in entertainment, and how her institute is helping to do exactly that.

What is the biggest issue that's being addressed at Arclight's Women in Entertainment Summit?

We're looking at all elements of women's participation in the industry in front of the camera and behind. My institution is focused a lot on in-front-of-the-camera depictions of women but we're looking at everything from the profound lack of female directors and decision-makers to what kids see in their films, so we have a broad perspective.

Do you think that for the most part, only women are aware of these issues?

It seems to be a unique little patch we're in right here because so many people are speaking out about it in all aspects, from Jennifer Lawrence writing that essay on equal wages -- just so many my fellow female actors are speaking out and Bradley Cooper making that fantastic gesture saying he's going to let his costars know what his salary is so they can use that when they're negotiating. It's really been picked up and media is covering it much more extensively than it ever has. It seems like a very unique time, particularly this year when we've all been emboldened to speak out.

When did you first start acting as an advocate for women in entertainment?

I started my research institute in 2006; my institute has now sponsored the largest amount of research ever done on children's media at USC's Annenberg School. Dr. Stacey Smith is the researcher, and I specifically wanted to do that research, first of all, because there wasn't much that had ever been done and secondly, because I'm in the industry, I can go directly to the creators.

I know everybody; I take research directly to the networks and the guild and production companies and blanket Hollywood with it and for me, that seems like a direct way to go instead of trying to encourage the public to rise up and demand. I'm a friend of everybody. I know them all, so in a collegial way, I can bring the research to them and bring change that way.

How has the response been from your colleagues in the industry?

Do you have any statistics on the impact?

It's definitely too early right now, but I do predict that based on the reactions we get in our presentations, the onscreen percentage of female characters will measurably go up within the next five years. Problems like pay inequality and female directors -- it's very hard to predict. Those are much more intractable. It's going to be painfully flawed in the short run.

What's going to be the most impactful way to drive these changes?

The work we're doing is having an impact that's never been felt before, and that will result in dramatic and measurable change in the near future. The reason I focus on onscreen representations and particularly entertainment made for kids is that I want to change what they see first. We're sort of creating unconscious bias and it's a problem we have to solve later. We judge our value to such a great extent on how we see ourselves reflected in the culture. Girls have been shortchanged from seeing themselves as president, senators, CEOs and leaders, and pretty much any position in authority: They need to see it.

How often have you turned down projects because you didn't think they represented women well?

The most typical reason I've turned down roles is because the characters were too boring. I've been really lucky to be able to play so many interesting characters. I got to be an assassin in "The Long Kiss Goodnight," I got to be a parent of a rodent in "Stuart Little," I got to be a dead housewife in "Beetlejuice" and a baseball phenom in "A League of Their Own," so I get really frustrated with parts that are sort of one dimensional and don't have an important impact on the plot. I just say I'd rather play a baseball player than be the girlfriend of one.

Do you think women are written more one-dimensionally than men are?

I do. We've been researching the on-camera representation of female characters in film and tv and in film, 81 percent of the jobs are held by male characters. It's very, very rare to find any female character to be in a position of leadership or authority in any field or any sphere onscreen. As few as we have in real life, there are far fewer in TV and films, so we're doing a really poor job for kids if we're not showing women in these positions.