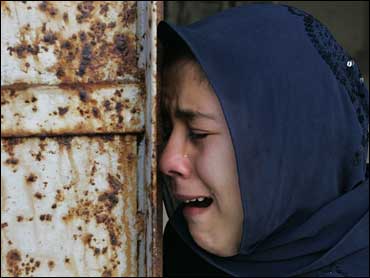 Palestinians living in Gaza will not soon forget this winter.

As they tried to find shelter from the Israeli army and war planes, they have learned that not even a UN school was safe.

Israel has made it clear. Their aim-their mission-is to root out and kill Hamas. Their goal: a Hamas-free Gaza.

We have heard a few of the voices from the streets of Gaza. Some have condemned Hamas, saying were it not for them, this wouldn't be happening. Others say Israel is acting as it wants to with its sponsor the United States standing idly by.

Assume, for a moment, that Israel's military mission is a success and that Hamas ceases to function in Gaza. Into that vacuum goes what? Does a feeble Fatah trickle down from the occupied territories to take over?

Nature abhors a vacuum, and unless the Israelis replace their guns with butter and schools and economic opportunity, Hamas or something like it will sprout anew from the rubble and the blood.