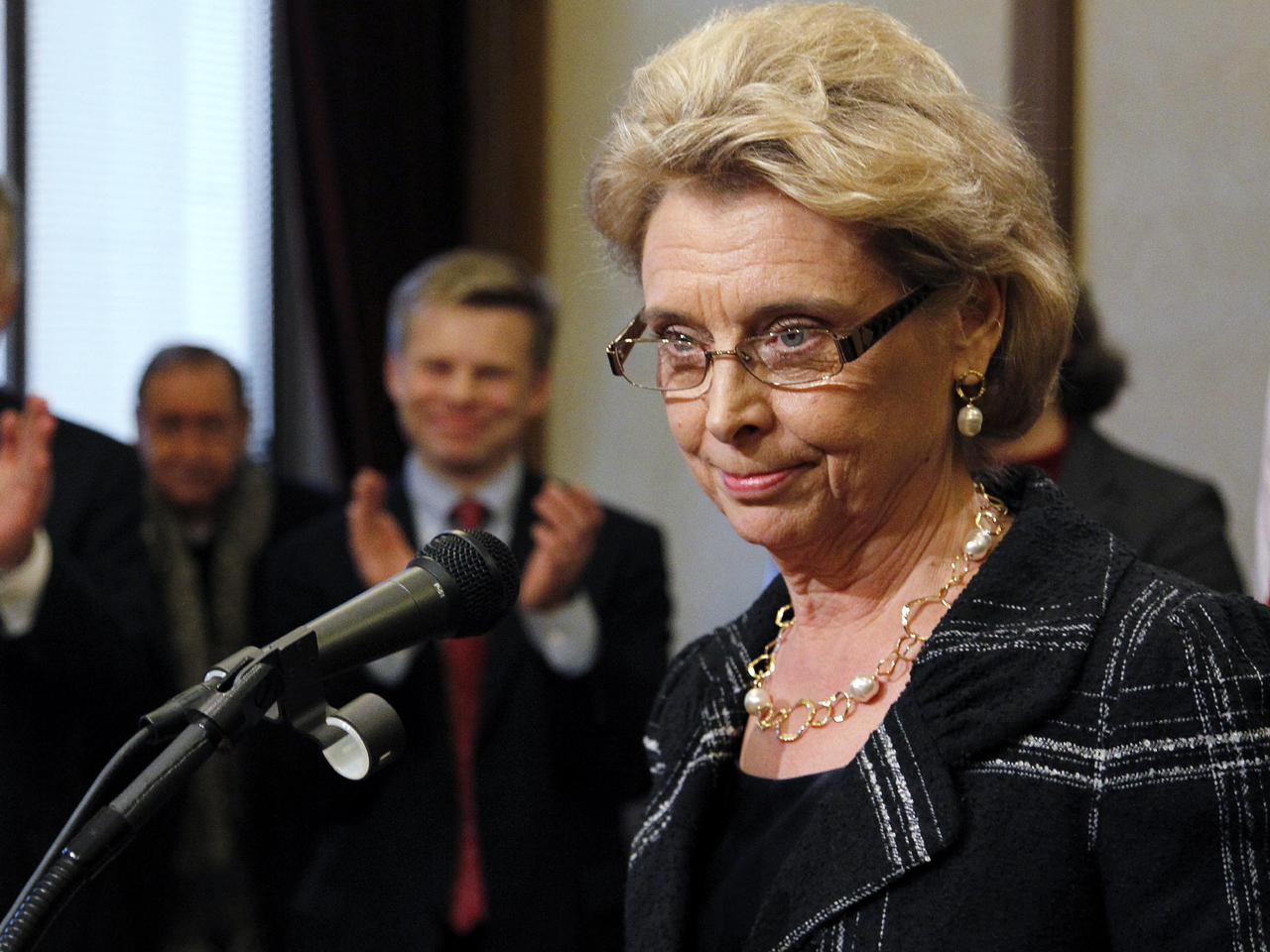 OLYMPIA, Wash. - Washington's Legislature has enough votes to legalize gay marriage with a statement from Democratic Sen. Mary Margaret Haugen Monday who said she will support the measure, becoming the 25th vote needed to pass the bill out of the Senate. The House already has enough support, and Gov. Chris Gregoire has endorsed the plan.

Washington state has had a domestic partnership law since 2007, and an "everything but marriage" law since 2009.

Haugen's announcement came has hundreds of people filled the capitol to advocate for and against gay marriage. State senators began considering the bill during a morning committee hearing.

"I know this announcement makes me the so-called 25th vote, the vote that ensures passage," Haugen said in a statement.

She said she took her time making up her mind to "to reconcile my religious beliefs with my beliefs as an American, as a legislator, and as a wife and mother who cannot deny to others the joys and benefits I enjoy. This is the right vote and it is the vote I will cast when this measure comes to the floor."

Opponents and supporters of gay marriage packed a Senate committee hearing Monday for the first public hearing of the most high-profile issue before the Washington state Legislature this session.

Dozens of people crammed into a small Senate committee hearing room, which was quickly filled to capacity as people lined up outside the room two hours in advance of the 10 a.m. start. The Senate set up three overflow areas for the public, including the public gallery on the Senate floor.

Opponents of gay marriage wore buttons that said "Marriage. One Man. One Woman." Others wore stickers that read "Washington United for Marriage," a group that announced in November that it was forming a coalition to support same-sex marriage legislation.

Democratic Sen. Ed Murray, a gay lawmaker from Seattle who has led the push for gay civil rights and domestic partnerships, testified before the Government Operations, Tribal Relations & Elections Committee with his longtime partner, Michael Shiosaki.

"I have waited 17 years to ask this body to consider marriage equality for gay and lesbian families," said Murray, who is sponsoring the Senate bill. "I realize the issue of marriage for our families is emotional and divisive. It touches what each of us holds most dear, our families."

Opponents argued that the measure goes against traditional marriage and the Bible.

"You are saying as a committee and a Legislature that you know better than God," said Ken Hutcherson, pastor of Antioch Bible Church.

The National Organization for Marriage issued a statement Monday morning pledging a referendum campaign to fight any gay marriage law at the ballot. Last week, the group announced that it would spend $250,000 to help fund primary challenges to any Republican who crosses party lines to vote for same-sex marriage in Washington state. So far, two Republicans in the Senate and two in the House have said they would vote in support of gay marriage.

Gay marriage has won the backing of several prominent Pacific Northwest businesses, including Microsoft Corp. and NIKE, Inc., and last week a conservative Democrat who once opposed same-sex marriage said he will now vote for it.

In October, a University of Washington poll found that an increasing number of people in the state support same-sex marriage. About 43 percent of respondents said they support gay marriage, up from 30 percent in the same poll five years earlier. Another 22 percent said they support giving identical rights to gay couples but just not calling it marriage.

If a marriage bill were passed during this legislative session, gay and lesbian couples would be able to get married starting in June unless opponents file a referendum to challenge it at the ballot.