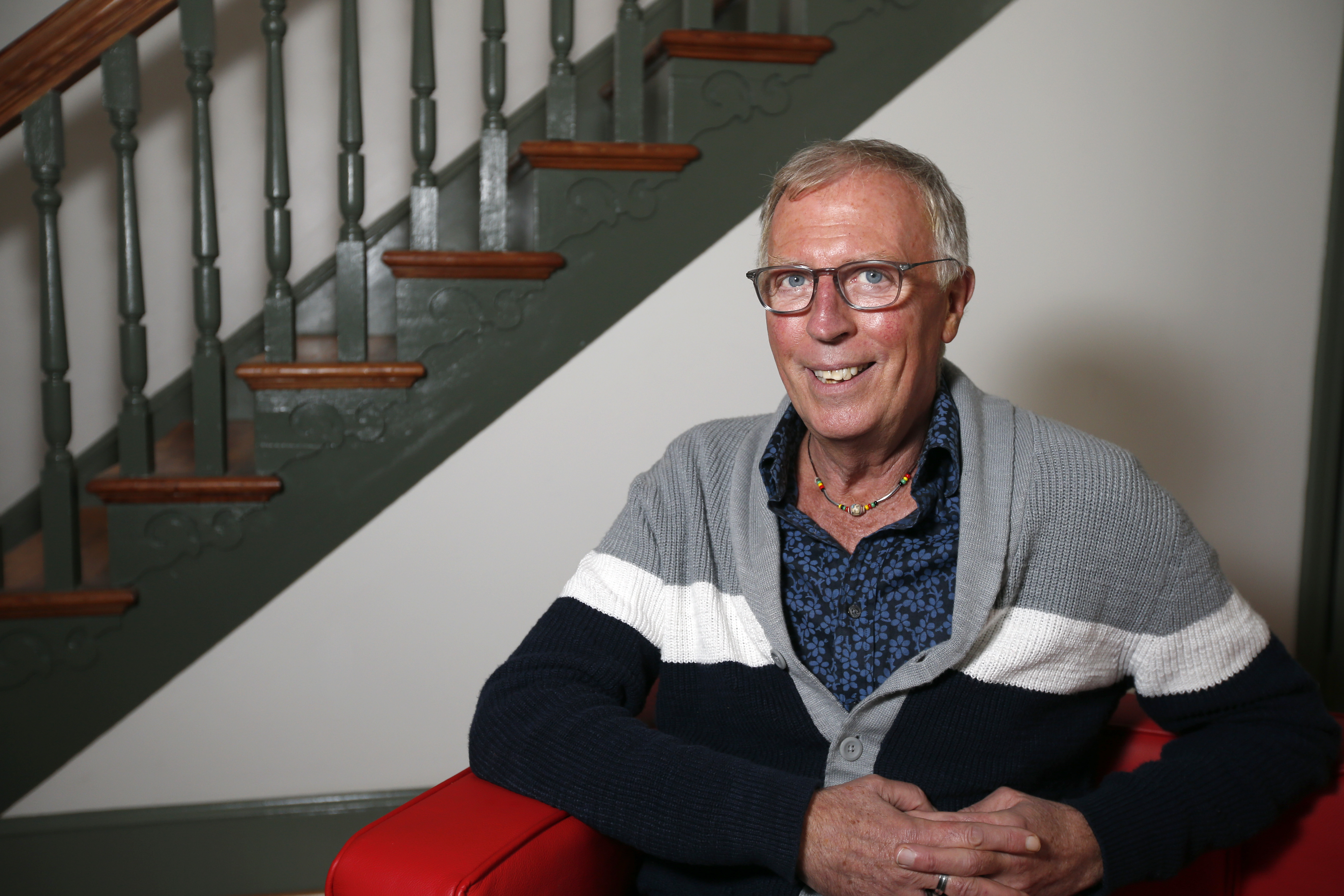 WASHINGTON -- An openly gay former student of Pope Francis' who visited with the pope during his recent trip to Washington said he was surprised Francis had met with the Kentucky county clerk who gained attention for refusing to issue same-sex couples marriage licenses.

In a statement to CBS News last week, the Vatican spokesman, the Rev. Federico Lombardi, confirmed the meeting.

"Mr. Yayo Grassi, a former Argentine student of Pope Francis, who had already met other times in the past with the Pope, asked to present his mother and several friends to the Pope during the Pope's stay in Washington, DC," the statement read. "As noted in the past, the Pope, as pastor, has maintained many personal relationships with people in a spirit of kindness, welcome and dialogue."

Grassi, 67, met Francis more than 50 years ago when the future pope taught at his all boys school in Argentina. They reconnected in 2008, and since becoming pope, Francis has since met him and his boyfriend of 17 years twice, once in Rome and most recently in Washington, Grassi said.

Grassi, who came to the United States in 1978 and runs a catering business, spoke with The Associated Press at his home Saturday.

On what he thought of the pope's meeting with Davis:

"I thought, 'This is really strange. This is not like him,'" he said.

He said he told friends who were quick to criticize that they should not rush to judgment and that he didn't think they had all the facts. Rev. Lombardi declined to say who invited Davis or what the pope knew of her case but such encounters are arranged by the Vatican ambassador and his staff, not the pope's delegation or the U.S. bishops' conference.

Grassi said after the Davis story came out and he was contacted by the media he thought: "Perhaps this is the time to defend him. I owe him that as a friend, not because he is a friend but because I know part of the truth."

Grassi said "encouraging somebody who is so divisive" like Davis would be out of character for Francis.

"Here is this guy that is so much into integrating everybody, communicating with everybody," Grassi said, adding he was "500 percent sure" the pope did not initiate the meeting with Davis.

On exchanging e-mail with Pope Francis, then Cardinal Jorge Mario Bergoglio of Argentina, when the country was debating legalizing same-sex marriage, which it did in 2010:

"I remember reading excerpts from the press saying that Cardinal Bergoglio had said ... things that were extremely negative. I immediately thought 'This is not like the Bergoglio that I know, not the person that I loved so much when I was growing up,'" he said.

Grassi said he e-mailed the then cardinal that he was "disappointed" and "hurt." A week later, he was surprised to get a reply, he said. Bergoglio asked for forgiveness if he had hurt Grassi and said a newspaper had taken his words out of context.

Grassi said the last sentence his former teacher wrote was: "I want you to know this: that in my pastoral work there is no place for homophobia."

On what the pope was like as a teacher:

"He came to the class and immediately commanded authority but in such a nice and gentle way, and we knew that we were in front of a great teacher," said Grassi, who had Francis as a teacher for two years in high school, from 1964 to 1965, at Inmaculada Concepcion in Santa Fe, Argentina.

At the time, they called him Father Bergoglio, but he had not yet become a Jesuit priest.

The future pope taught psychology and literature, encouraging his students to read, and at one point convinced writer Jose Luis Borges to visit his students and give a lecture. Borges was so impressed with the teenagers' work, including Grassi's, that he promised that if Bergoglio raised the funds to publish it and found a printer, he would write an introduction. Bergoglio did and Borges kept his word. The book was called "Cuentos Originales," original stories.

On whether the pope has changed from his days as a teacher:

"Sometimes when I listen to him talking on TV I just close my eyes and it's the same tone, the same voice, the same way of persuading people that he had when we were his students. I mean, the man has not changed. He's exactly the same person which is quite remarkable given the world we live in."