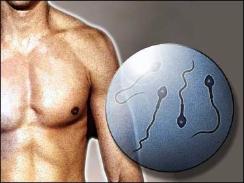 The Bill and Melinda Gates Foundation has awarded a $100,000 grant to a couple of researchers investigating the use of ultrasound as a reversible male contraceptive.

The technique already works on rats, according to James Tsuruta, of the University of North Carolina, who led the research.

"We think this could provide men with reliable, low-cost, non-hormonal contraception from a single round of treatment," he said.

The focus now is to come up with a therapeutic ultrasound that would safely deplete testicular sperm counts, which presumably would presage the development of a cheap (and reversible) method of contraception for men.

A hat tip to Discovery Magazine for noticing this item. While details about how the device would function still remain scarce, since sperm don't like excessive heat, Discovery suggests the process may involve "heating and shaking working in combination."

Why so many people text and drive, knowing dangers
Charles Cooper