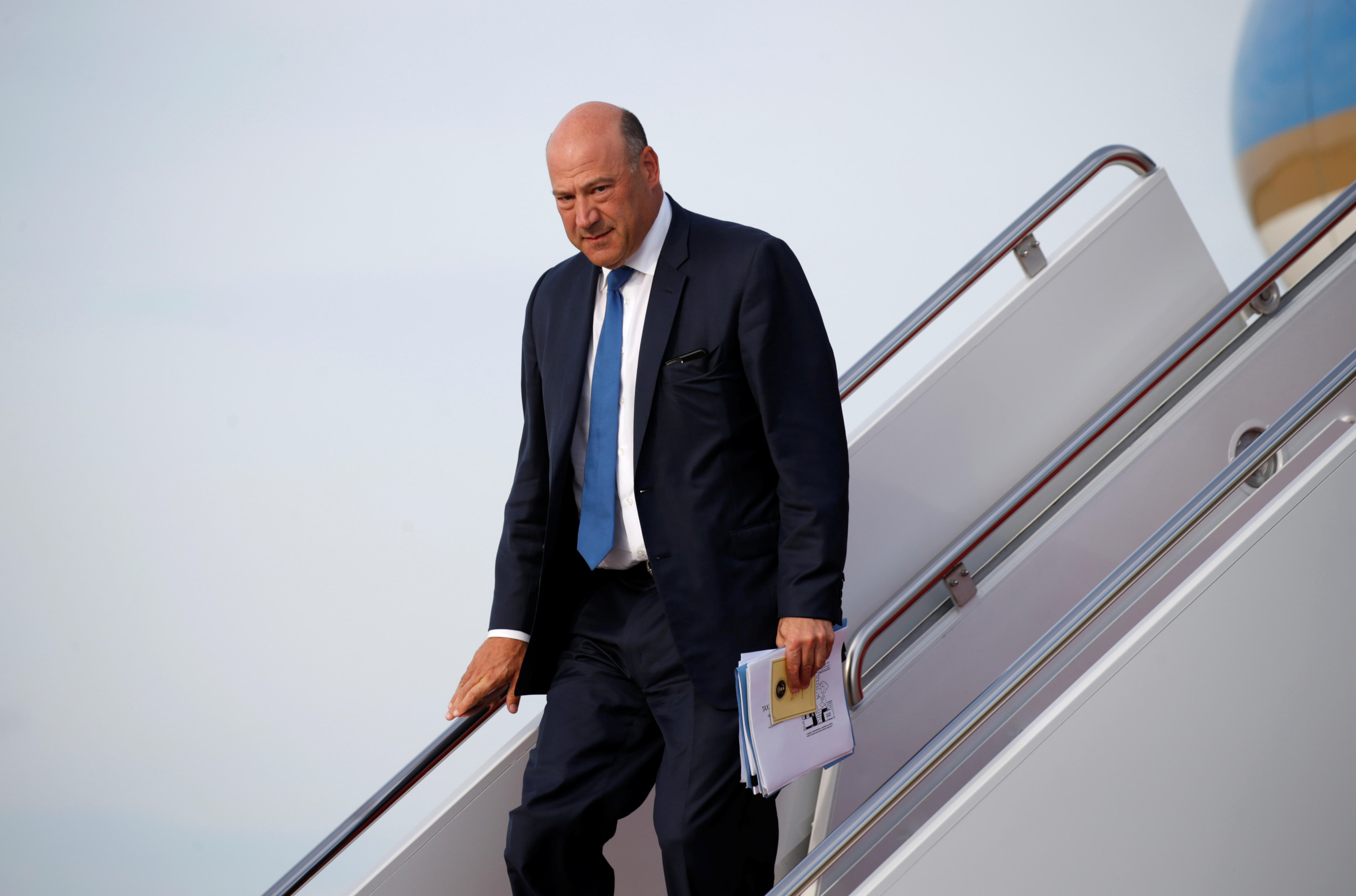 President Trump's top economic adviser, Gary Cohn, was asked about his tenure at the White House Friday and told CNBC, "I'm here today, and I'm here next week." But a new book out Friday points to an April email that purports to represent Cohn's views without necessarily having been written by Cohn, and it raises questions about how much longer he will be staying.

The email refers to Mr. Trump as "an idiot surrounded by clowns," and says he's "less a person than a collection of terrible traits."

Quoted by Michael Wolff in his new book, "Fire and Fury," the email reads as follows:

It's worse than you can imagine. An idiot surrounded by clowns. Trump won't read anything--not one-page memos, not the brief policy papers; nothing. He gets up halfway through meetings with world leaders because he is bored. And his staff is no better. Kushner is an entitled baby who knows nothing. Bannon is an arrogant prick who thinks he's smarter than he is. Trump is less a person than a collection of terrible traits. No one will survive the first year but his family. I hate the work, but feel I need to stay because I'm the only person there with a clue what he's doing. The reason so few jobs have been filled is that they only accept people who pass ridiculous purity tests, even for midlevel policy-making jobs where the people will never see the light of day. I am in a constant state of shock and horror.

It's not the first time the question of how long Cohn would stay in the top White House economic job has come up. In August last year, in an interview with the Financial Times, Cohn expressed his dismay at President Trump's statement after racially-motivated violence broke out in Charlottesville earlier that month. Initially, Mr. Trump seemed to suggest that protesters and white supremacists alike shared the blame. Cohn criticized the White House for the response but also said he wasn't about to resign over it.

"Citizens standing up for equality and freedom can never be equated with white supremacists, neo-Nazis, and the KKK," he told the FT. "I believe this administration can and must do better in consistently and unequivocally condemning these groups and do everything we can to heal the deep divisions that exist in our communities. As a Jewish American, I will not allow neo-Nazis ranting "Jews will not replace us" to cause this Jew to leave his job."