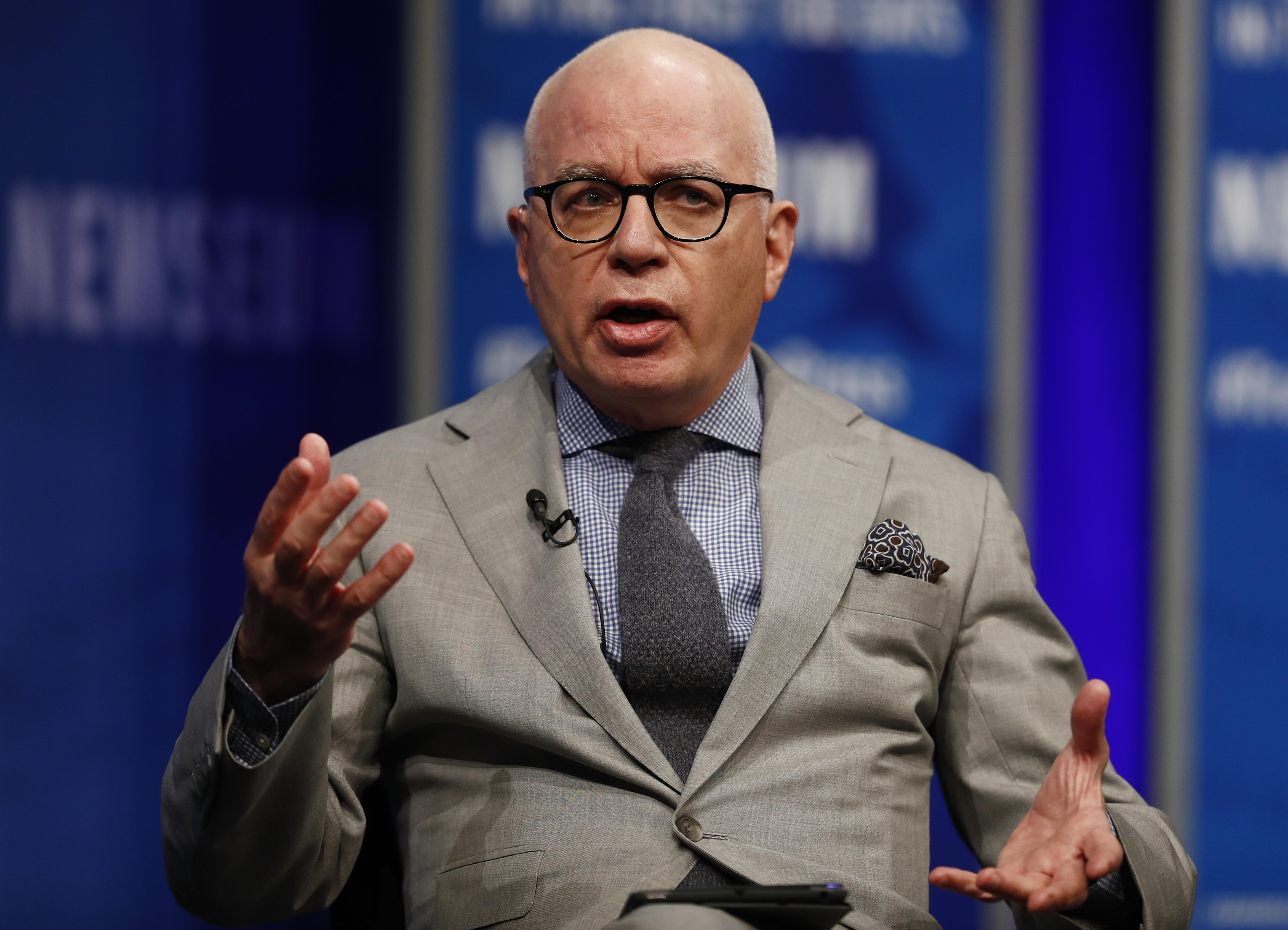 WASHINGTON — He's a provocateur who's said to love a brawl and once bemoaned the glare of the spotlight — and the bigger disappointment of watching it move on.

"You think, well, what am I, chopped liver?" author Michael Wolff said in 2009 about coverage of his divorce, according to Women's Wear Daily.

Obscurity is a threat to Wolff no longer.

His explosive new book on President Donald Trump is drawn from what he said was regular access to the West Wing and more than 200 interviews, including with Mr. Trump. It blew open what seems an inevitable feud between the publicity-loving president and his former adviser Steve Bannon, who is quoted extensively and unflatteringly describing Mr. Trump, his family and advisers.

In an interview on NBC's "Today" show Friday morning, Wolff said that he "absolutely" spoke with the president and not off the record and "absolutely" stands by everything his reporting for the book.

" I absolutely spoke to the president whether he realized it was an interview or not, I don't know, but it was certainly not off the record. I spoke to him after the inauguration. I've spent about three hours with the president over the course of the campaign and in the White House. My window into Donald Trump is pretty significant."

Shell-shocked White House aides scrambled to control the fallout of "Fire and Fury: Inside the Trump White House" this week as excerpts were published ahead of the book's scheduled Jan. 9 release. The publisher announced late Thursday that it would move up the release to Friday because of "unprecedented demand."

"Fire and Fury: Inside the Trump White House" was released on Friday. It paints a disparaging picture of President Trump and his family. The President says it's filled with lies. One Washington bookstore opened overnight and quickly sold out. (Jan. 5)

"I authorized Zero access to White House (actually turned him down many times) for author of phony book! I never spoke to him for book. Full of lies, misrepresentations and sources that don't exist. Look at this guy's past and watch what happens to him and Sloppy Steve!" Mr. Trump wrote.

"Complete fantasy" is how White House spokeswoman Sarah Huckabee Sanders described Wolff's book Thursday, as the president's allies increasingly raised questions about Wolff's credibility. Mr. Trump's lawyers sent Wolff and his publisher cease-and-desist letters, as they had to Bannon. The book, Sanders continued, contains "mistake after mistake after mistake." She said the White House had rejected some two dozen of Wolff's requests for an interview with Mr. Trump.

The 64-year-old author and blogger has given Mr. Trump's allies fodder, particularly with an acknowledgement in the introduction that he could not resolve discrepancies between some accounts in a White House riven by rivalries.

"Many, in Trumpian fashion, are baldly untrue," Wolff writes of some accounts. "Those conflicts and that looseness with the truth, if not reality itself, are an elemental thread of the book." He says he "settled on a version of events I believe to be true."

For example, Wolff writes in the book that Mr. Trump didn't know who former House Speaker John Boehner was on election night 2016. Sanders disputes that, pointing to public photos that show the golf enthusiasts had hit the links over the years. Two people close to Boehner confirmed that and said they had spoken before and after the election.

Sanders also derided Wolff's contention in the book that Mr. Trump and his family had not wanted to win the election.

For his part, Mr. Trump went after Bannon in an unusual White House statement. Wolff and his publisher did not respond to a request for comment and an interview.

Wolff built his four-decade career writing about some of the world's rich and powerful people — including Rupert Murdoch — in seven books and across a wide range of newspapers and magazines. Sometimes, he critiqued the media. And often, he got scathing reviews back on his writing style, his focus on atmospherics and his factual mistakes.

"One of the problems with Wolff's omniscience is that while he may know all, he gets some of it wrong," wrote the late David Carr in The New York Times, noting some discrepancies in dates in Wolff's 1988 book about Murdoch, "The Man Who Owns the News: Inside the Secret World of Rupert Murdoch."

But Wolff was getting support from other corners Thursday. Janice Min, an owner of The Hollywood Reporter, tweeted that she was one of the few guests at a dinner reported in the book at Roger Ailes' house in January last year. According to Wolff, Bannon discussed Trump's plans for appointing Cabinet and other advisers and Ailes warned him about the qualifications of some. "It's not a deep bench," Bannon acknowledged, according to the book.

"So I was one of the 6 guests at the Bannon-Ailes dinner party in January 2017 and every word I've seen from the book about it is absolutely accurate," Min tweeted.

Nearly a year ago, Wolff disparaged news outlets covering their own industry even in the time of Mr. Trump.

"The media should not be the story," he said on CNN in February.

Around the same time, Wolff also wrote a prescient Newsweek column about how the still-new and struggling Trump White House and the media might reach a balance or detente. At the time, Wolff had been spotted multiple times by a reporter who now works for The Associated Press on the White House grounds with a "blue badge" — instead of a traditional press badge — that gave Wolff wide access to the West Wing. One former White House official said Wolff was known to camp out for hours in the West Wing lobby after meetings, sitting on a sofa as he waited to talk to staffers passing by.

"It is not at all unlikely that each side, no matter how determined to kill the other, emerges into a new and beneficial normal — and perfect balance, with news media ratings and profits soaring and the many Trump dramas commanding our undivided attention," Wolff wrote in the Feb. 10 column. "Until one side makes an error or gains the advantage, and there's a kill."