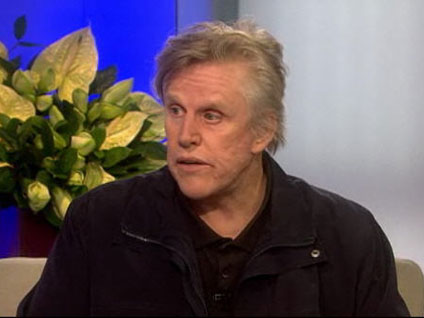 (CBS) In case you missed it, Gary Busey was fired on last night's episode of "The Celebrity Apprentice." And now he has some less-than-kind things to say about his teammates.

During a visit to the "Today" show on Monday, the actor called his "Apprentice" ousting unjustified.

"The team - Backbone - should be called Backstabber because after the second episode, they were out to get me and get me out of there," he said.

Specifically, he called out his on-screen nemesis, Meat Loaf.

"Meat Loaf lost his control at one time - no anger management, no rage control," Busey said. "I stood there during that confrontation like a leader. I had nothing to say. I didn't invade Meat Loaf's space. I didn't confront him on the level he was on. I stood there and had focus. Anyone who had that outrage at a small business, a mom-and-pop store, a medium business, a warehouse, a corporation or any business under the Donald Trump banner, they would be fired like that."

And speaking of Trump, Busey said he would vote for the media mogul, should he run for president.