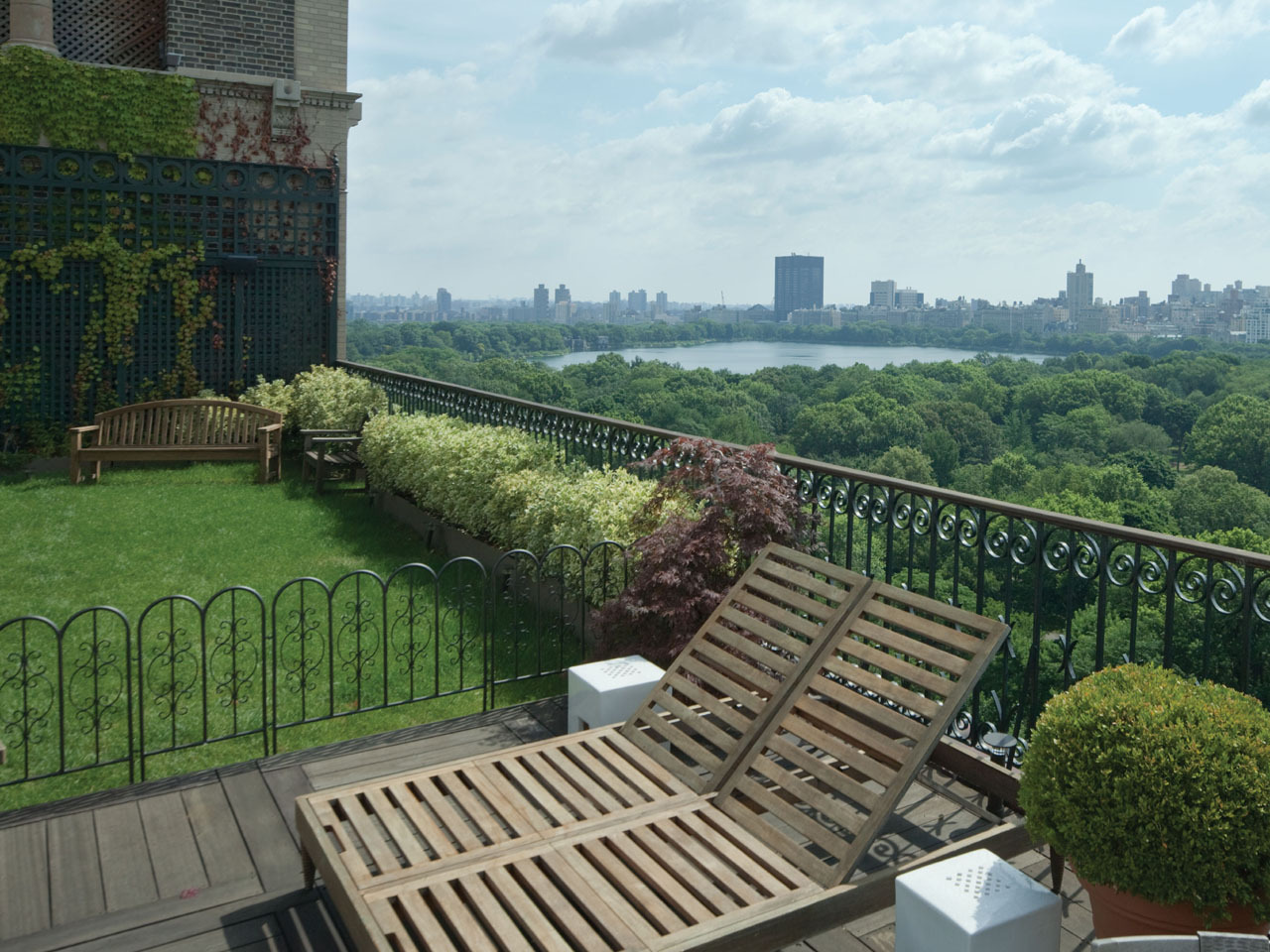 In cities like New York, where skyscrapers dominate the landscape, people have to go to great lengths -- or great HEIGHTS -- to create gardens.

Architect Carlos Aparicio designed what is believed to be the loftiest outdoor space in Manhattan -- on the 76th floor of the Time Warner Center.

"Have you ever designed a garden like this, this high?" asked Moriarty.

"No," he replied. "Initially when I saw it, I realized that it was a balcony to the city of New York, one of the most extraordinary spaces, open space, that I've seen in the city. . . . You can see the sun rise, and then you can see the sun setting on the other direction."

But to turn it into a garden, Aparicio needed help.

Views from behind the badge: Rebuilding the public's trust in the police

"When it came down to planting, I had no idea," he said. "And that's when Gresham came into place."

Gresham Lang may not be the landscape architect TO the stars, but he works right under them, creating unique gardens high in the sky.

"The greenery is what softens the architecture; without it, it's just a roof," he told Moriarty.

Lang says at more than 600 feet above the ground, he ran into obstacles he had never encountered, such as finding plants hardy enough to survive the harsh climate.

He compared it to planting on the side of a mountain.

"This is like the unprotected side of the mountain, so that's why a lot of things don't grow, because they get desiccated. The wind just hits them and they dry out," he said.

And Lang discovered spring arrives much later way up here than it does on the streets below.

"When we planted bulbs, there was one inch of ice," Lang said. "We had to actually cut through with our trowels in one inch of ice to plant the bulbs. And down below, the bulbs were in bloom."

And then there was the problem of the fine art sculpture purchased as the centerpiece of the garden.

Her name in French, "L'Air," means "the air" . . . a bit ironic, since she is more than seven feet long and weighs well over a ton. (A duplicate once stood in the Guggenheim Museum in New York.)

The city wouldn't allow a helicopter to take her up.

"And so it had to go through the elevator," said Lang. "They did the measurements on the elevator and we were saying a prayer because they had already purchased the sculpture. So we didn't even know if we were going to get the sculpture up here."

While ornamental gardens on this scale are out of reach for most of us, throughout the city there are breathtaking, hidden wonders of greenery designed not to block out the city, but to enhance it.

"It is a completely different New York," said Lang. "You have a stage, and the stage is set. When you look around, you see the Empire State, you see the Chrysler, you see Citicorp, you see the Philippe Starck building. You see this architecture, and then the plants become the actors within that stage."

Twenty-two floors above the East River, on a magical rooftop complete with gryphons and spires, Lang has created a constantly changing vegetable garden for the owners.

"In 30 days these'll be radishes, and we rotate the crop," Lang explained.

"But can you grow anything out on a roof?" asked Moriarty.

Vegetables require an elaborate irrigation system, and again, Lang encountered problems unique to gardens in the sky. With few birds to eat tomato hornworms, he had to remove the damaging pests by hand.

"They can, like, within two days completely defoliate, eat the entire leaves of a tomato plant," he said.

But the garden's owner -- who prefers to be identified simply as Joan -- says creating the perfect garden, just like any good design, sometimes takes time.

"I think it's a process," Joan told Moriarty. "Just the way New Yorkers find each other, I think insects and birds will find my terrace!"