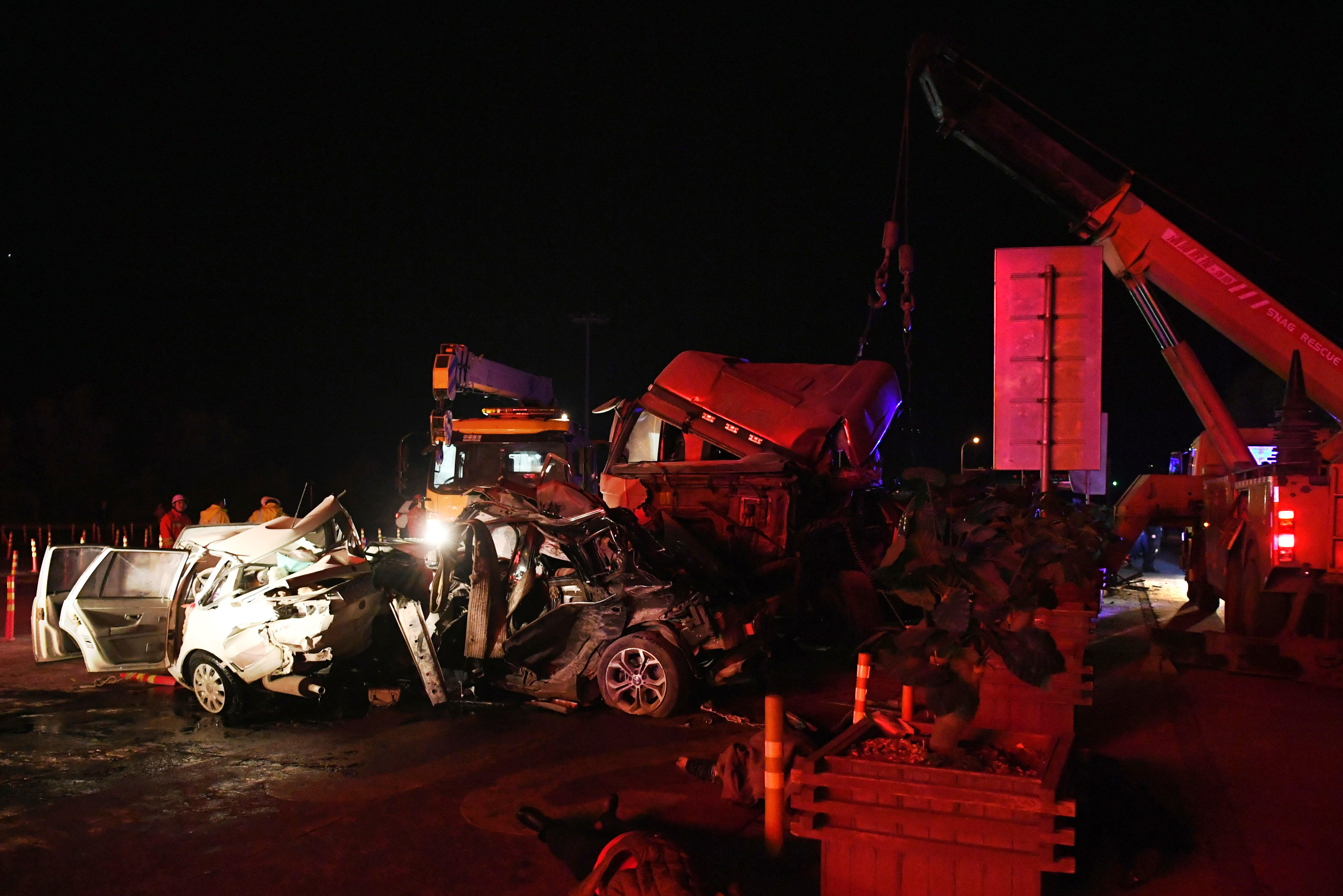 BEIJING -- Authorities in China said Saturday that at least 14 people have been killed and 27 injured in a highway pile-up. The accident Saturday night happened after a heavy truck lost control and crashed into a line of vehicles waiting at a toll station in the northwestern province of Gansu.

Last week, 15 people were killed after a bus to plunged off a high bridge into China's Yangtze River in the western city of Chongqing.

In that previous crash, an eight-second surveillance video released by police showed the driver and a passenger arguing and grappling with each other in the moments before the bus suddenly veered across oncoming traffic and off the bridge.