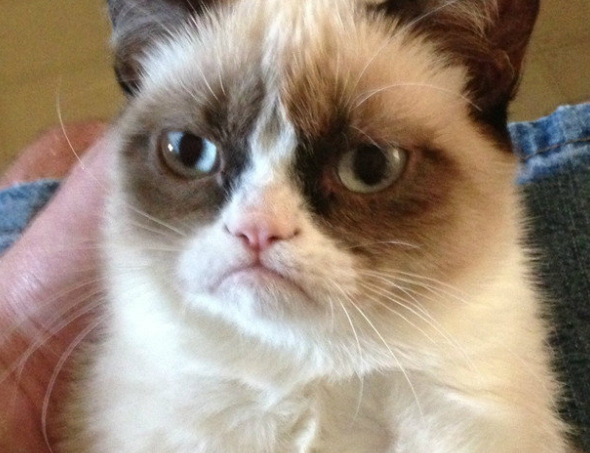 Whether you love them or hate them, Internet memes -- culturally relevant multimedia often enhanced with a witty caption -- are here to stay.

An Internet meme generally refers to an online trend that transcends into a pop culture phenomenon.

In an attempt to crown the king of all that is viral, the meme maniacs at the website Know Your Meme analyzed its internal page views, search interest on Google Trends, covers and parodies to find the top memes of 2012.

Other heavyweight hit generators on the top 10 meme list include a diverse bunch of silly subjects.

Know Your Meme ranks the adorable Grumpy Cat -- known as "Tard" in real life by its owner Tabatha Bundesen -- as the No. 2 most popular meme candidate. Grumpy Cat initially met fame on the link-sharing Web site Reddit, and quickly went viral and sent a million hits to the original uploaded image in its first two days of being on photo-hosting site Imgur.

Carly Rae Jepsen's dance pop song "Call Me Maybe" put her in the third spot; the tune captured worldwide attention with an impressive 361 million views on YouTube, constant summer radio play, and countless parodies. It's quite amusing that a cat beat out a human in this meme-ranking list, but then again, you can't deny how much the Internet loves cats.

The rest of the most popular meme-inspiring topics include: Kony 2012; Gotye's "Somebody That I Used To Know"; Ridiculously Photogenic Guy; Ehrmagerd; Overly Attached Girlfriend; What People Think I Do; and Sh*t People Say.

Crave freelancer Christopher MacManus is now investing his energy writing for CNET after covering the Sony brand on various Web sites of his own for nearly a decade. In his free time, he enjoys cycling, FPS gaming, and his miniature Australian shepherd.