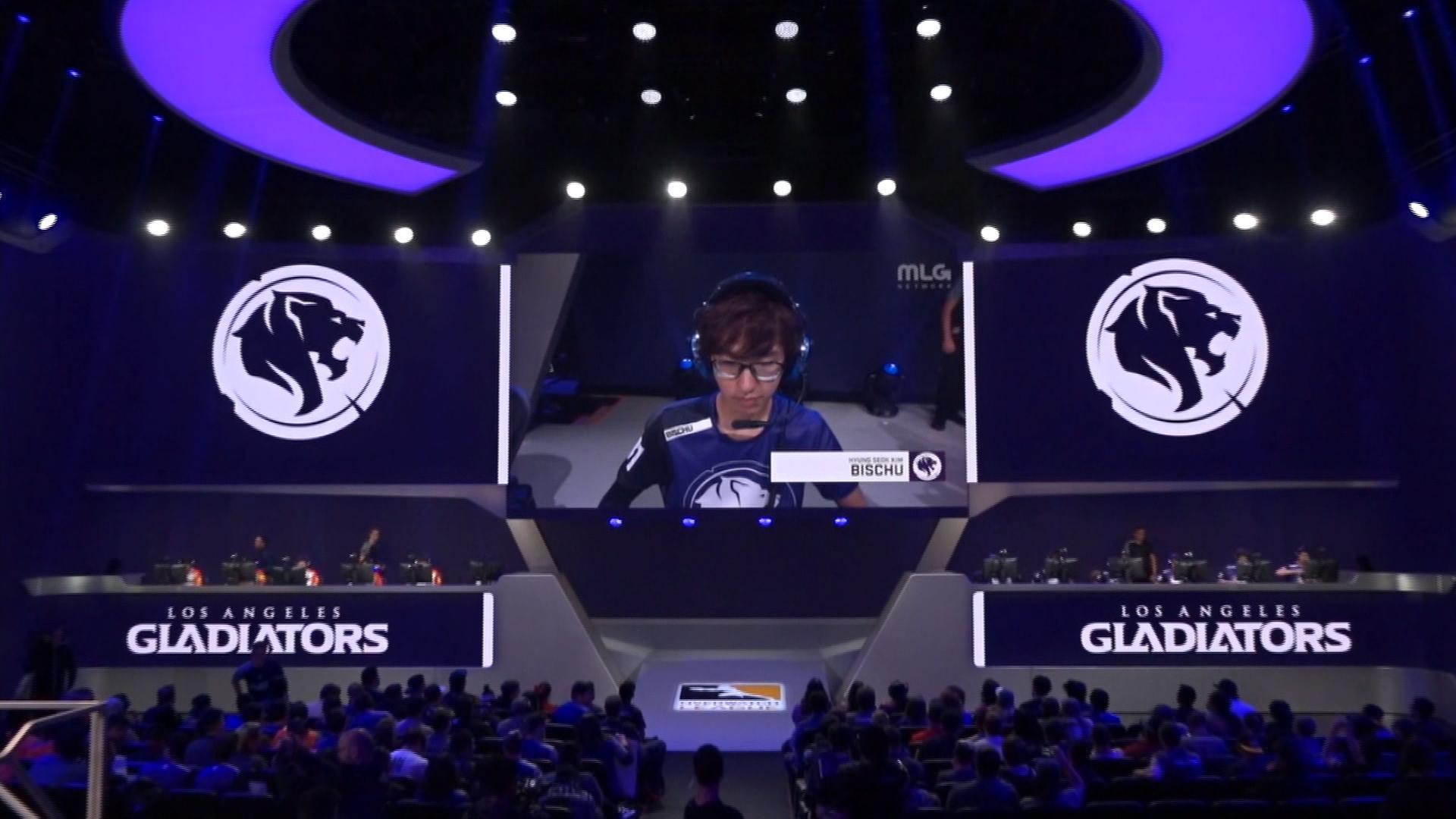 BURBANK, Calif. -- Aaron Kim spent most of his teenage years on the couch playing video games. But this year, the gamer, who goes by the screen name "Bischu," signed a professional contract with the Overwatch League in a six-figure deal.

"Overwatch," a multiplayer video game in which teams of players do battle, is the latest phenomenon in the popular world of esports, which includes games like "League of Legends," "Dota 2," "Call of Duty" and "Counter-Strike."

Kim and his teammates live under one roof, have nutritionists and practice with coaches, just like other professional athletes.

"I was almost jealous of my friends having that team bonding experience in a sport," Kim said. "But I was able to find that in esports."

These players have a huge fan following, plenty of whom turned out for the league's debut matches in Burbank, California.

The league wants the experience to feel like a real sporting event. There are real broadcasters, high-tech sets, and even player introductions -- just like the pros.

There are an estimated 191 million esports fans worldwide. Last year, the industry made $660 million in revenue, a figure that's expected to grow to $1.5 billion by 2020. Those numbers have attracted big-name backers like New England Patriots owner Robert Kraft and Los Angeles Rams owner Stan Kroenke. Both invested in esports teams.

"We're here and it's not a joke anymore," said Ryan Morrison, a talent agent who represents several esports players. "These kids who are coming from their parents' basements are now making more than their parents."

Nerd or not, these players are quickly becoming the new faces of professional sports.