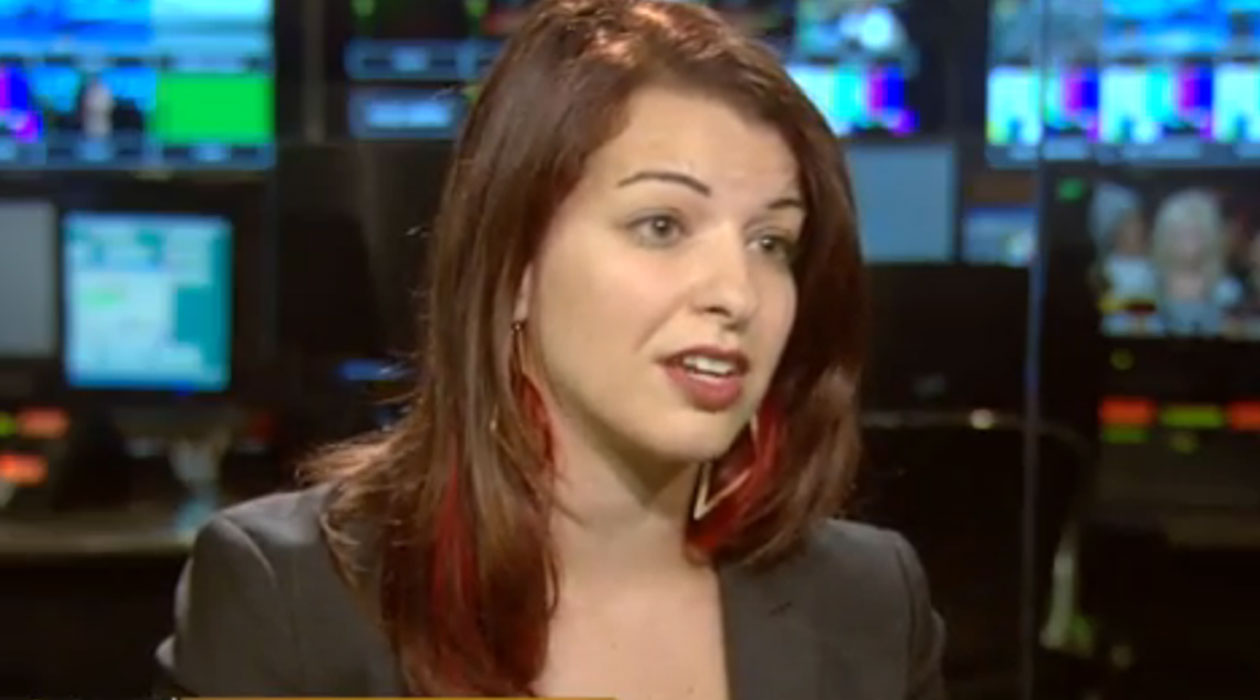 Online threats against women, laws that permit concealed carrying of handguns, and the billion-dollar video game industry all collided this week when gaming critic Anita Sarkeesian canceled an appearance at Utah State University.

Late Monday night, someone sent an email to various university staff members threatening to kill Sarkeesian and others at her speech, which was planned for Wednesday.

"I have at my disposal a semi-automatic rifle, multiple pistols and a collection of pipe bombs. This will be the deadliest school shooting in American history," read the threat.

"You have 24 hours to cancel Sarkeesian's talk. You might be foolish enough to just beef up security at the event, but that won't save you. Even if they're able to stop me, there are plenty of feminists on campus who won't be able to defend themselves. One way or another, I'm going to make sure they die."

Early Tuesday morning, the university contacted Sarkeesian, as well as police and federal law enforcement, to attempt to determine whether the threat was credible, and to create a plan to keep Sarkeesian safe during her visit, according to USU spokesperson Tim Vitale.

The USU threat came amid a series of online threats levied against female video game designers and critics of how women are portrayed in video games, a controversy called "Gamergate."

"Gamergate is what I call a sexist temper tantrum," Sarkeesian told CBS This Morning.

Now a hashtag on Twitter, Gamergate reportedly began in August when the ex-boyfriend of game designer Zoe Quinn accused her of sleeping with a gaming reporter for positive coverage of her game "Depression Quest." Quinn was soon inundated with rape and death threats and reportedly had to leave her home after her address was published.

The ugliness spread through social media, becoming what the Washington Post calls "an Internet culture war." Some involved express complaints about what they perceived as a too-close relationship between game developers and journalists who cover the genre, while many others hurl sexist and often violent threats against women involved in gaming and those who support opening up the male dominated video game world. Game designer Brianna Wu was the victim of graphic threats, and according to her Twitter account, also left her home last weekend.

Sarkeesian herself is no stranger to death threats: she has been receiving them since at least 2012 when she launched a Kickstarter campaign to fund a video series called "Tropes vs. Women" which examines the role of women in video games.

Vitale said that although Utah police determined the danger in this instance was not real, they still prepared extra security for the event and felt confident they could keep Sarkeesian and their students safe. Utah, however, is one of seven states which allow people with proper permits to carry concealed weapons on campus. Sarkeesian asked if USU could bar guns from the auditorium for the event and the university said no. That's when she decided to call off her appearance.

"It's sort of mind-boggling to me that they couldn't take efforts to make sure there were no guns in an auditorium that was threatened with guns and a mass shooting," Sarkeesian told The Associated Press. "I don't understand how they could be so cut and dry about it."

But according to democratic Utah State Rep. Carolyn Spackman Moss, "the university's hands were tied" by the state law.

"It really undermines the idea of higher education that we can't have someone controversial come speak," Moss told 48 Hours' Crimesider. "What other person is going to decline an invitation now?"

To University of Maryland law professor Danielle Citron, Gamergate and the USU incident are examples of "how we trivialize online threats against women."

Citron, the author of "Hate Crimes in Cyberspace," has spent years studying how women are victimized online.

In March, 48 Hours' Crimesider examined how law enforcement has been playing catch-up with cyber-stalkers, and trying to shed the attitude that women who receive online threats should just "turn off the computer." There has been progress in this area: the 2013 re-authorization of the Violence Against Women Act included language outlawing online harassment against a specific person, for example.

In a statement to the Washington Post, the Entertainment Software Association, a trade group representing video game companies, spoke out against Gamergate: "Threats of violence and harassment are wrong. They have to stop. There is no place in the video game community -- or our society -- for personal attacks and threats."

Citron told Crimesider that while she is pleased that more people seem to be "waking up" to the problem of online threats against women, Gamergate is an example of how the threats themselves "seem to be escalating at a rapid clip."