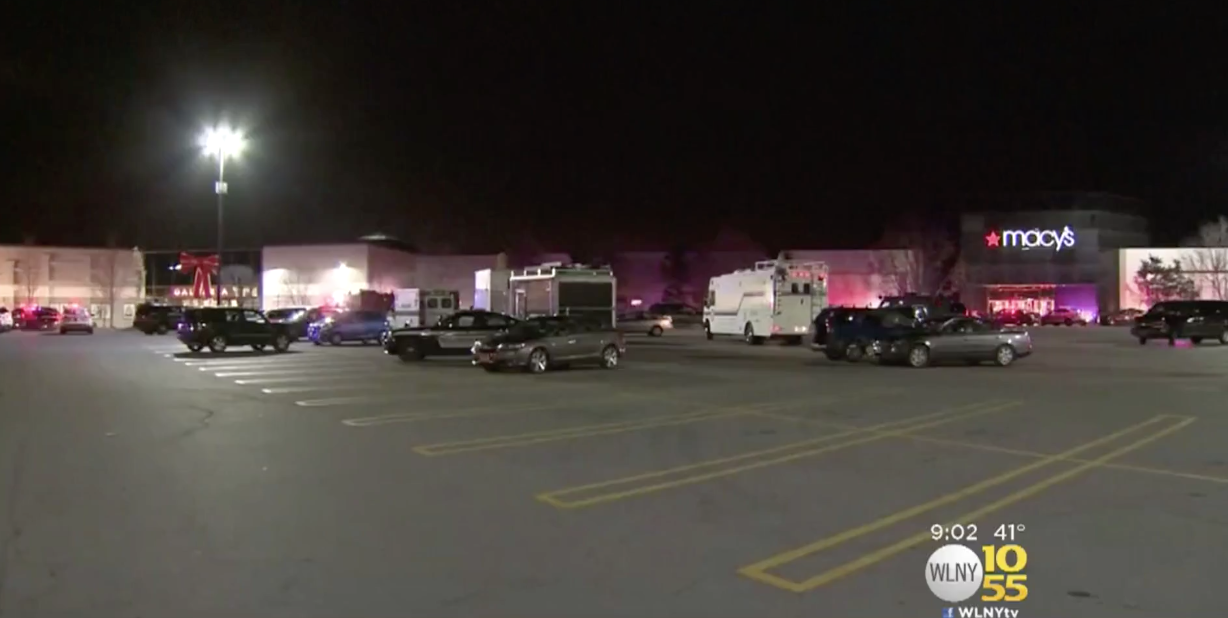 MIDDLETOWN, N.Y. -- A busy shopping mall in upstate New York was evacuated Sunday after two people suffered minor injuries when a gun was fired at the floor. Police said it's unclear if the shooting was intentional.

Police responded to reports of gunfire around 3 p.m. Sunday at the Galleria at Crystal Run in Middletown. CBS New York reports that the entire mall was on lockdown by 5 p.m. Local and state police were assisted by the FBI in the investigation.

A man discharged a single shot into the floor outside the American Eagle Outfitters store, Wallkill Police Chief Robert Hertman said in a Sunday evening news conference. The two victims were treated at a nearby hospital and later released.

Hartman said it's unclear if the shot fired was an "accidental discharge" or intentional. Police are still searching for the man whose gun went off, he said, adding that there were no further threats to the area.

"It sounded like something dropped, like a chair or something just dropped on the floor," mall employee Grismaylin Almanzar told CBS New York. "That's what it sounded like. There was only one shot."

"It's the weekend after Thanksgiving. Everybody's Christmas shopping. It was scary," Almanzar, who works at Macy's department store, said. "Everybody was panicked. Everybody was running, and with everything that's going on, I don't blame them."