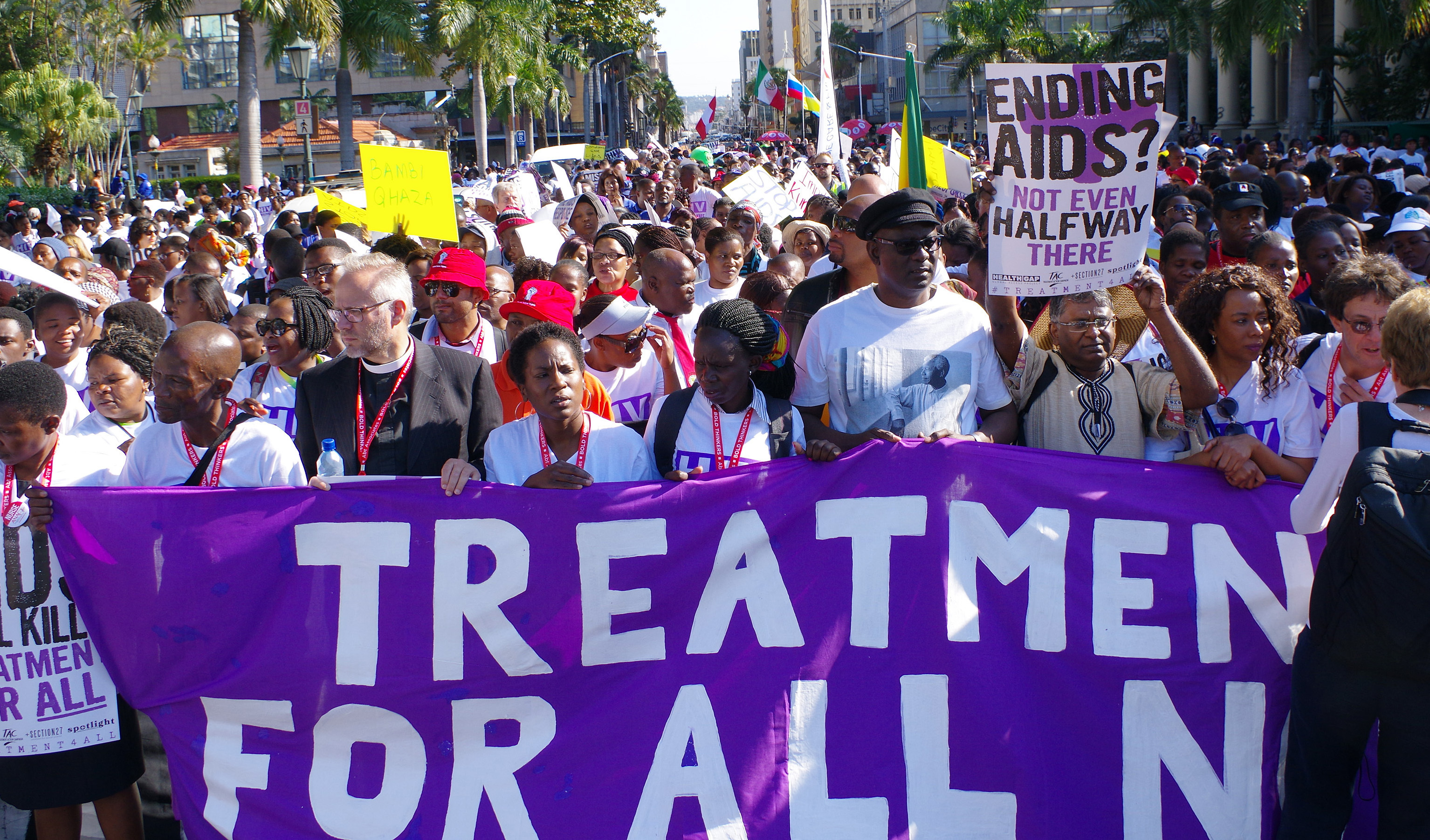 The gains the world has made against AIDS are "inadequate and fragile," U.N. Secretary-General Ban Ki-moon told reporters Monday.

More than half the people around the world infected with HIV, or 20 million people, still don't have access to treatment, he said.

Countries last month at a U.N. meeting pledged to end AIDS by 2030, but activists say more funding is needed, especially to fight tuberculosis, the leading cause of death for people with HIV.

Thousands of activists marched on Monday near the conference venue in the seaside city of Durban to demand more funding to fight the disease.

"Our governments are engaged in a cynical game of promising to end the AIDS crisis and then refusing to put up the funds to do so," Asia Russell, executive director of the New York-based Health Global Access Project, said in a statement.

The United Nations is looking to raise $13 billion over the next three years in support of goals that include reducing the number of new HIV infections to below 500,000 a year by 2020, down from 2.1 million in 2015.

Youth is a special focus of concern. Last week, Prince Harry took a nearly instant HIV test in London as part of his campaign to raise awareness about the virus.