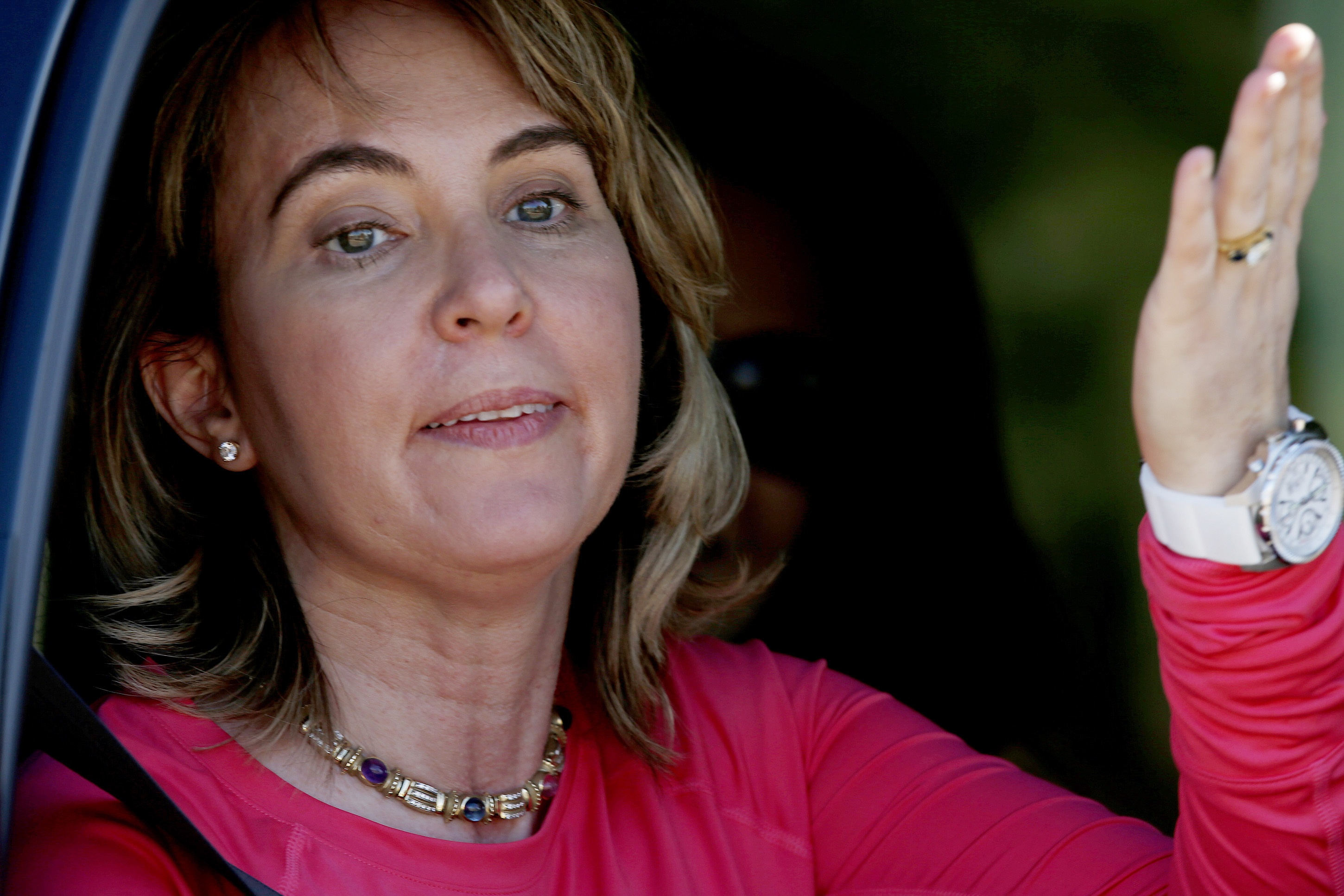 TUCSON, Ariz. -- Former U.S. Rep. Gabrielle Giffords has completed a skydive jump on what is the third anniversary of the Tucson, Ariz., shooting that left her critically wounded.

Giffords landed without any injury Wednesday afternoon at a skydiving site between Phoenix and Tucson.

After completing her landing, Giffords blew kisses and waved to a crowd of reporters. She described the jump as a wonderful experience.

Six people were killed and 13 wounded when a gunman opened fire Jan. 8, 2011, at a meet-and-greet event held by Giffords.

Residents in Tucson marked the day with a bell-ringing ceremony and a moment of silence.

In Tucson, about 100 residents attended a ceremony Wednesday morning outside the University of Arizona Medical Center, where the injured were treated. A bell was rung once for each of the six killed and the 12 wounded. A pastor also read a prayer and then a moment of silence followed at the event, one of several planned in the city.

"The wounds are still there. Time helps, but it doesn't heal all the wounds," Tucson Mayor Jonathan Rothschild said. "I think the commemorations are, in large part, recognition of our community's collective care and compassion and grit to go on."

According to a post Giffords wrote Wednesday morning on her Facebook page, she planned to skydive with her friend, former Navy SEAL Jimmy Hatch. Giffords also mentions regaining movement in her right arm.

Vice-President Joe Biden called Giffords on Wednesday to wish her good luck on her jump, according to Biden's office.

Giffords responded to Biden's phone call with a picture and message posted on Twitter:

Giffords still struggles to speak and walk, but has become a leader of Americans for Responsible Solutions, a national organization she founded with her husband, Mark Kelly, to rival the powerful pro-gun lobby.

The group struggled to bring about any major change at the federal and state level in its first year of existence, but the couple is confident they laid the groundwork for success in future election cycles.

"The legacy of any day where there's a mass shooting and loss of life is, I think, a chance to reflect on who these people were and what they did, particularly the people who died," Kelly, a former astronaut, said in an interview with The Associated Press on the eve of the anniversary. "But it's also a chance to look forward and see how we can make changes and reduce the numbers of instances like this that we have."