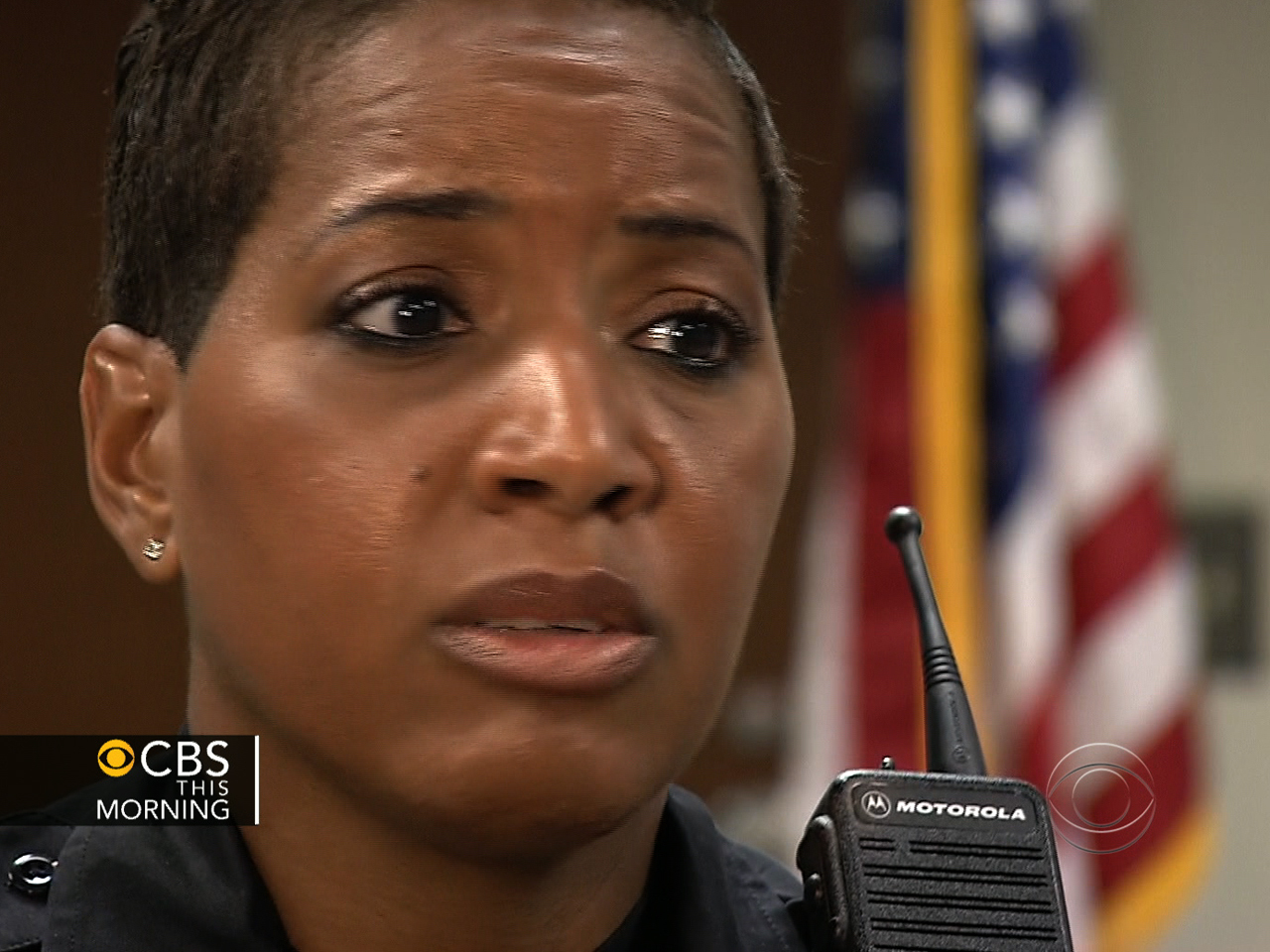 (CBS News) When the 911 call came in on Monday, DeKalb County Police Lt. Consuela Howard was in the second police car to respond to the elementary school crisis in Decatur, Ga.

All the veteran police officer knew was she had a gunman inside a school full of kids. Howard said, "Once we got there, yes, we realized we had a serious situation. Immediately I came on the radio: 'We need SWAT'."

Howard, from her position at the side of the school, couldn't see the gunman menacing the front office.

Police say Michael Hill, armed with an AK semi-automatic rifle, had a hostage -- Antoinette Tuff, the school bookkeeper who had called 911.

On the 911 call, the dispatcher can be heard saying, "OK, stay on the line with me ma'm, where are you?"

Tuff replies, "I'm in the front off -- Oh, he just went outside and started shooting."

Hill stepped outside three times to shoot at police.

Howard said, "Officers were running for cover that were actually showing up, that were just pulling up at the time this young man came to the door and just started firing."

Howard said she knew there were hundreds of kids in that school. She described the moment: "Scary. It was frightening."

But inside, the shooter told the bookkeeper to warn the 911 operators that police had better pull back.

Tuff can be heard on the 911 call saying, "He doesn't want the kids, he wants the police. So back off and, umm ... and what else, sir? He said he don't care if he die and he has nothing to live for. And he said he's not mentally stable."

The gunman inside was bipolar and schizophrenic, according to what his brother told CBS News.

But the school bookkeeper convinced him to put down his weapon and give up. Tuff can be heard telling the gunman, "Don't feel bad, baby, my husband just left me after 33 years! ... I mean I'm just sitting here talking to you about it. I've got a son that's multiple disabled. It's gonna be all right, sweetheart. I just want you to know that I love you, though, OK? And I'm proud of you. That's a good thing that you've just given up, and don't worry about it. We all go through something in life."

Police rushed to the front office and arrested the gunman.

Howard said, "I think, as a whole, as an entire community of law enforcement, we did an outstanding job. We're not saying we're better than anybody, but we made sure that those kids were not hurt that day, and that's all I can say."

CBS News' Mark Strassmann added on "CBS This Morning," that when police arrested Hill, Howard says Hill said nothing, and offered no resistance.

On a table in that front office, police also found his rifle lying on the table and 500 rounds of ammunition.

Hill could be arraigned on Thursday on multiple felony counts.