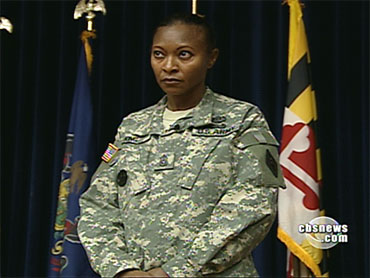 The year 2003 has started off strong for actor Eugene Levy. He has already costared in the year's most successful new film "Bringing Down The House" with Queen Latifah and Steve Martin.

He told The Early Show that next Wednesday he will reunite with the casts of the mockumentaries "Waiting For Guffman" and "Best In Show" in the new movie "A Mighty Wind," which takes a backstage look at a concert reuniting three 1960s folk groups.

In "Bringing Down The House," he plays a lawyer friend to Steve Martin's character. And Levy's character has an attraction for Queen Latifah's Charlene Morton that he can't keep to himself.

In the movie Charlene Morton, who was incarcerated, meets tax attorney Peter (Steve Martin) in a law chat room. They later arrange a blind date. But she isn't the lawyer he thought she was. Actually, she is a fugitive from jail who demands his help to clear her name of a false robbery conviction. They soon change each other's lives.

Levy steals some scenes from Queen Latifah and Martin in the comedy.

"He loves a thick chocolate goddess," said Queen Latifah in a March Early Show interview. "That's his thing. I got [Levy] saying all these words through this whole film that are so funny. I mean I'm giving him every slang word in the book to say. And he delivers them perfectly."

In "A Might Wind," he plays one half of a folk duo called Mitch & Mickey, who were the epitome of young love until their partnership was torn apart by heartbreak. Their group is joined by the Folksmen and the New Main Street Singers to perform for one night only in New York City's Town Hall. The three groups reunite and gather together to celebrate the music that almost made them famous.

Some Facts About Eugene Levy