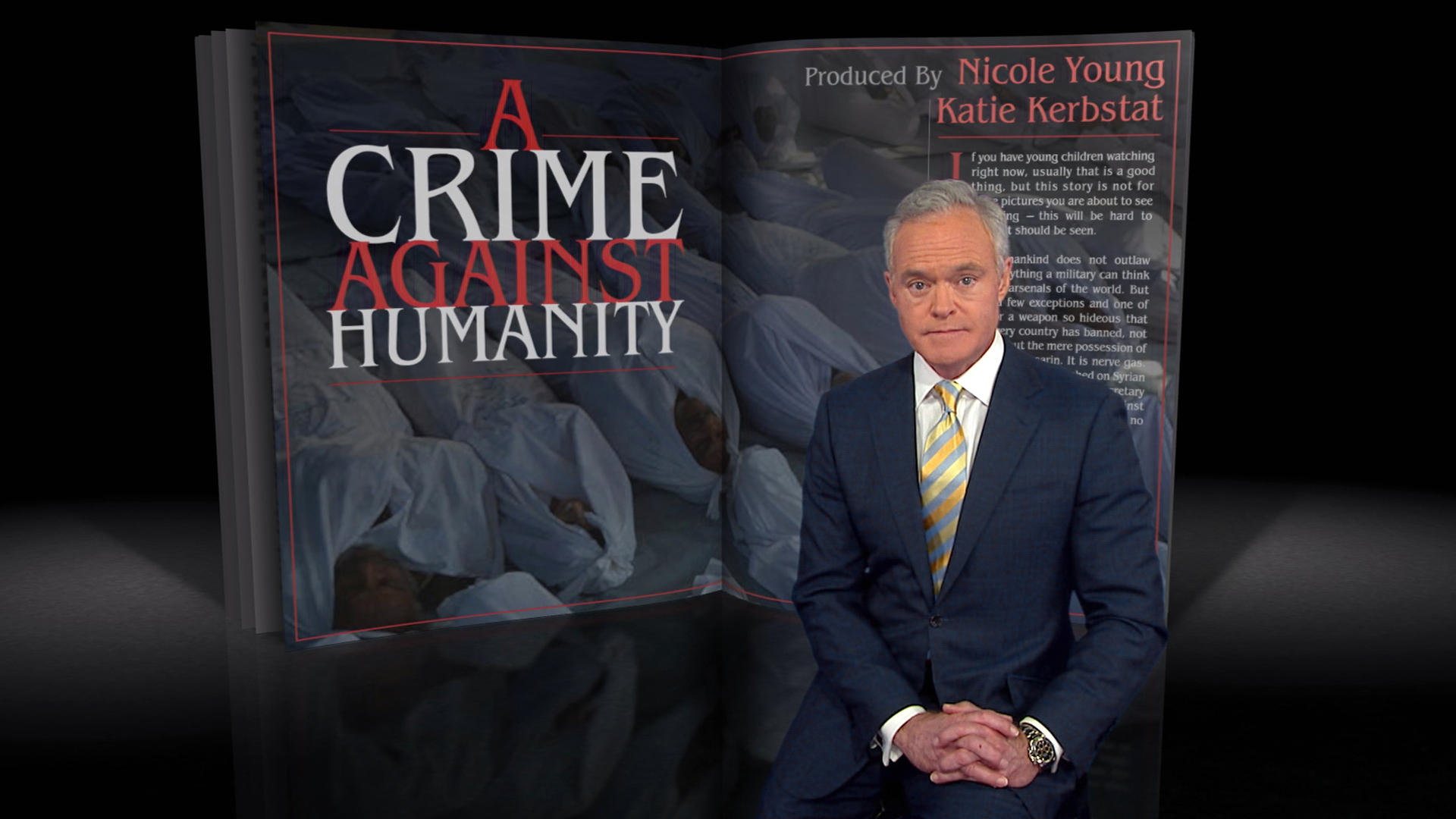 In a statement following the strike, President Trump said the airfield is where a chemical weapons attack was launched on Tuesday and blamed Syrian President Bashar al-Assad for the attack, which killed dozens of civilians.

“No child of God should ever suffer such horror,” President Trump said.

The Turkish Health Ministry said in a statement Thursday that the poison used in the chemical attack was the nerve gas sarin. Though banned under international law, sarin gas has previously been used in the Syrian conflict, in an August 2013 attack that is estimated to have killed more than 1,400 civilians.

What does sarin gas do to its victims? A 60 Minutes report on the 2013 attack showed the aftermath; correspondent Scott Pelley called the video “agonizing.”

“This will be hard to watch,” Pelley says in the piece, embedded in the video player above, “but it should be seen.”

In an interview with 60 Minutes Overtime, Pelley explained his decision to show the disturbing video, some of the most graphic footage in the broadcast’s history.

“These kinds of things happen in this world too often because people don’t see them,” Pelley says in the video above, “and don’t know why sarin, of all the weapons in the world, why sarin is banned by almost every country on Earth. And we wanted to just stop and show it to the world so that people could understand the hideousness of this weapon.”

For Syrian civilians today, the threat of airstrikes—chemical or conventional—is constant. Their only hope is the Syrian Civil Defense, a self-appointed, all-Syrian volunteer force of rescue workers who are known as the White Helmets.

After a bomb strikes, the White Helmets seek out survivors and neighbors, trying to find out where people were inside the building. They work fast, digging through concrete and steel, trying to recover the living before they suffocate or bleed to death — all before the next bomb falls.

The White Helmets were on the scene after this week’s chemical airstrike.

In a December profile of the volunteer group, Pelley spoke with Syrian journalist Hadi al-Abdullah.

“If there is meaning to the word courage,” al-Abdullah said, “it is represented by the Civil Defense.”

Is there a secret to living well into your 90s?

2004: The Murder of Emmett Till
Thanks for reading CBS NEWS.
Create your free account or log in
for more features.
View CBS News In
CBS News App Open
Chrome Safari Continue
Be the first to know
Get browser notifications for breaking news, live events, and exclusive reporting.