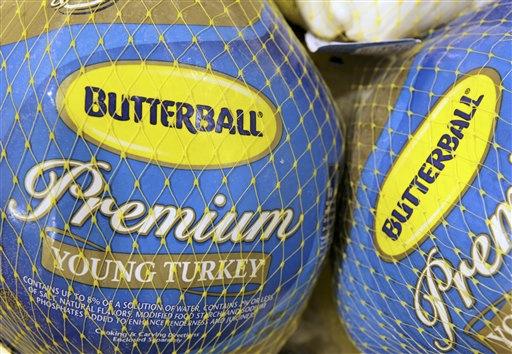 This article was written by CBSNews.com intern Rachel J. Allen.


For many years, comics were popularly conceived as an industry limited to superheroes and pulp fiction, with customers that ranged from kids to awkward adolescents to your run-of-the-mill nerd.

Over the past 25 years, the industry stereotype has transformed due to the rise of the graphic novel — a long-form comic that is packaged like a book.

It is only in the last four or five years that graphic novels have experienced a significant increase in sales.

"The product has been available for about 25 years. What we call the rise, or the explosion, in growth — sales in bookstores and libraries — really happened in the last fours years," Kuo-Yu Liang, VP of Sales and Marketing for Diamond Comic Distributors, the world's largest comic book distributor told CBSNews.com.

And believe it — graphic novels are making a killing. According to Publisher's Weekly, retail graphic novel sales are up 18 percent from 2004 to 2005, with around $245 million sales last year.

Bookstores, publishers and mainstream cultural venues are devoting more resources to graphic novels. You can find a graphic novel in your local Barnes and Noble or a "graphic short story" tucked into the pages of The New Yorker. You can walk into Chicago's Museum of Contemporary Art and view the work of graphic novelist Chris Ware. Major publishers such as Harper Collins and Pantheon compete along side comic industry mainstays such as Dark Horse.

There are several reasons why graphic novels are finally catching on.

Graphic novels have gotten bigger because they're, well, better. The past five years have often been trumpeted by the comic book industry as the "Golden Age of Writers."

Terry Moore, author of the long running, self-published "Strangers In Paradise," compares the graphic novel business to "the Hollywood movie industry in the forties."

Moore told CBSNews.com, "This is a really great industry to find America's best short story writers right now because where else are you going to find them?"

When asked to explain why writers would be attracted to the comic industry he said, "The asset of the comic over the movie is that the comic has not gone through so many creative-by-committee filters."

This new age of comic writing has attracted writers such as Stephen King and directors like Joss Whedon and Kevin Smith to cross over to comics.

"Today we have creators from the ocean diving into the pond," says Marvel's Editor-In-Chief Joe Quesada. "It is truly a creative Golden Age ... And now the tide has turned as creators who got there start in the small pond that was comics are being courted by Hollywood and succeeding in that ocean."

Creators from the small pond, like Frank Miller, can hit it big. He co-directed "Sin City" as 2005 film adapted from a graphic novel. With the increasing convergence of entertainment media it is no wonder he is set to direct and adapt a film of Will Eisner's "The Spirit."

Comics aren't just an American industry anymore, either. The global economy has also absorbed comics. The influx of Japanese Manga — comics that are largely character oriented — have boosted comics' sales and opened the market to an international demographic.

According to Diamond, Japanese Manga sales alone are increasing around 20 percent to 30 percent each year. Last year, Manga sold $145 million of the $245 million in retail graphic novel sales. Not only does Manga attract a global audience but Manga also appeals to women, a group that has not been counted among traditional comic book readers.

Steve Raiteri, a reference librarian in Xenia, Ohio, writes a column about graphic novels for "Library Journal." According to Raiteri, "One of the things that Manga has done is bring a female readership back to comics in big numbers."

In agreement is Matthew Klokel who left his position at a think tank to open Fantom Comics Shop, an independently-owned comic bookstore in Washington D.C. "We have a 40 to 45 percent female customer base, although it's very segmented. The superhero comic books are 90 to 95 percent men, while the Manga comic books are probably 60 percent women."

The Evolution of the Graphic Novel

The "art comics" that inspired the graphic novels of today began as part of the Underground Comix movement in the '60s. Artists were self-published, which gave them the freedom to draw thickly articulated breasts and make fun of the government without being censored by the industry's Comics Code.

The most well-known artist of the movement was the iconoclastic, famously self-loathing R. Crumb. Crumb's work, which debuted in "Zap Comix" in 1968, was striking for its grotesque, cartoon style satirizing American culture.

Will Eisner's "A Contract With God" in 1978 was the first widely published graphic novel, although it was not the first of its kind. When Art Spiegelman won the Pulitzer Prize Special Award in 1992 for "Maus" (Pantheon), a graphic novel series about his parents' experience at Auschwitz, literary critics started to take notice.

Among practitioners of comic art, the term "graphic novel" is viewed with some irony, mostly because the term implies their work requires a "serious label" in order to be appreciated as an important artistic work. Neil Gaiman, the author of the graphic novel series, "Sandman," and the bestselling novel, "American Gods," describes the graphic novel to CBSNews.com as a," fat comic that can be sold as a book in a bookstore."

The decision of big bookstores to stock graphic novels was all about packaging. "By putting the creative content into a book form it looks like a book, its got 200 pages, its got a spine, its got a price people can afford that allows consumers to buy them and bookstores to stock them," says Liang. "From a sales point of view, that's huge."

Comic publishers are also distributing to more stores, ranging from Borders to Target to Amazon.com. As a result, comics are reaching a much larger audience.

Rise of the Graphic Novel, Death of the Cheap Comic?

As comics vie to become more a part of the American cannon of high culture, one might wonder whether comics are for kids anymore.

"I think there was a time when it was about kids and what kids were reading and a lot of people are upset that kids are disappearing out of the shops," says Scott McCormick, a long-time comics fan and professional Shakespearean actor.

Even though there is more adult-oriented material, Klokel says the kid exodus from comic book shops is a myth. "What seems to be the case is children read it, enjoy it, they kind of go away from it for a while and then as adults they rediscover it."

Chris Ware, who Peter Schjeldahl of The New Yorker dubbed "the young Elliot of graphic novels," defends the medium quite eloquently when he told CBSNews.com: "I believe that the expressive potentials of comics as a compositional art — with its combination of drawing, poetry, color, writing, pattern, rhythm, typography, and 'music' — allow for the greatest possible recreation of the complexity of experience that a printed page can offer."

Ware goes on to say, "I also believe that the innate trashiness of the art of reproduction allows for a very close experience with the reader. Comics are a disposable, inherently low-rent visual medium. Any innate value they offer is within the beauty of the story and the book itself, not bestowed by rarity, art galleries, outside experts or art historians."

Do comics still have an "innate trashiness"? Although Ware says comics are "a low-rent visual medium," his own graphic novel "Jimmy Corrigan: The Smartest Kid on Earth" (2000, Pantheon) sells for $20.05 on Amazon.com. And indeed his own work is displayed in venues such as The Chicago Museum of Modern Art.

It was this very "trashiness" of the medium that allowed artists like Crumb to get their counter-culture work out there at a low cost. Now, as Chris Ware says, "There are more independent, serious cartoonists than ever before, and all of them are getting better every day and telling ever more complicated, human and engaging stories."

Although the growing sales and critical appeal of comics has attracted better writers to the industry, the trashiness that is so much a part of comics' self-image may be coming to an end.

To learn more about comics check out these links:

"Graphic Novels: Where to Start?"