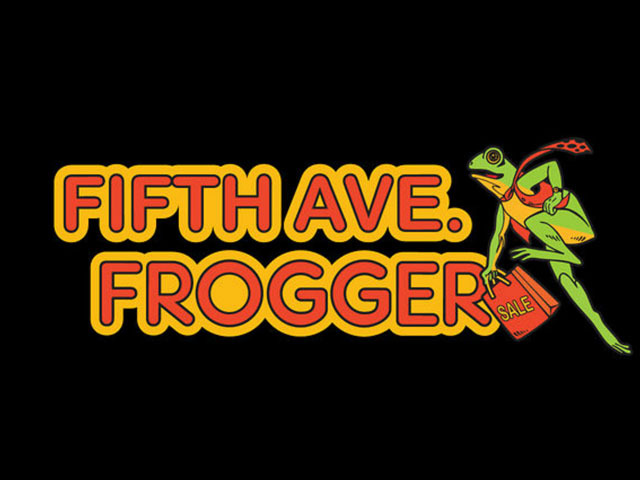 (CBS News) Frogger was a popular arcade game that had kids hooked in the 1980s. Now with a little help from advertising creative director Tyler DeAngelo, the game takes on the world in real time.

DeAngelo used a web camera to record the traffic in real time on Fifth Avenue New York. He wrote code that corresponded with the position of cars and turned it into live, streaming data. After the game was finished, it was installed in a real arcade cabinet. The game was then placed on sidewalk along Fifth Avenue in New York and played in real time.

"This year is Frogger's 30 (ish) birthday. To celebrate, I wanted to imagine what Frogger would be like if it was developed today," DeAngelo said on his website.

DeAngelo and his co-creators, Renee Lee and Ranjit Bhatnagar, ultimately want their project featured in the "Art of Video Games" exhibit at the Smithsonian American Art Museum. The exhibit debut on March 16 and features 80 games, which were selected to "demonstrate the evolution of the medium."

Frogger was developed by Konami and released in 1981. The game play consists of a frog moving through an obstacle course, usually consisting of cars, logs and alligators.

How the phone became the center of digital life
Chenda Ngak