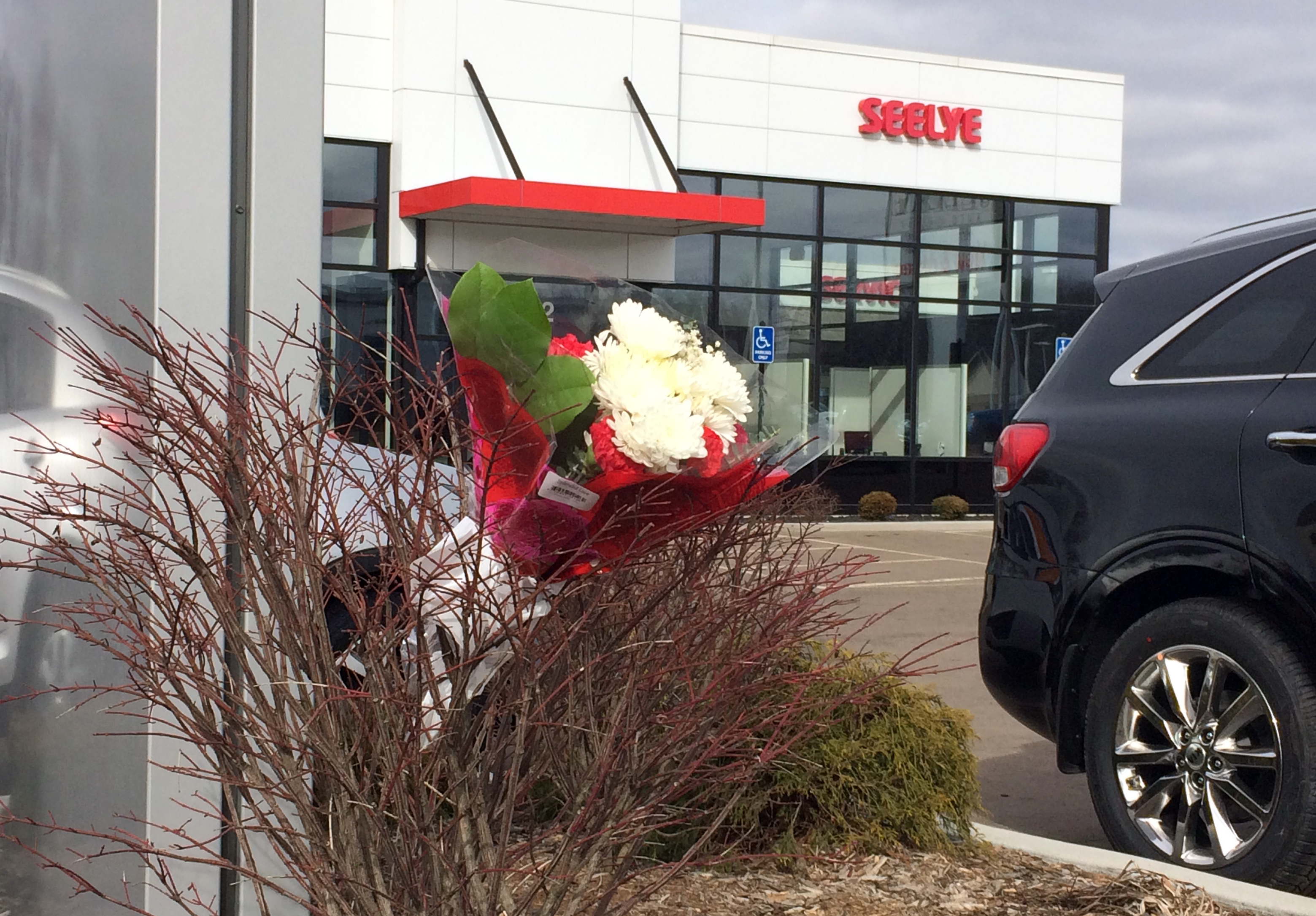 KALAMAZOO, Mich. -- A dedicated teacher who mentored numerous students. A gardener who enjoyed sharing what she grew. A mother known for her pleasant demeanor even when faced with adversity. A high school senior who always had a smile on his face.

These are the ways friends and colleagues are remembering the victims of a shooting rampage in western Michigan. Four of them were killed in two vehicles Saturday outside of a restaurant, while a father and son were shot at a car dealership.

CBS affiliate WWMT reported that Kalamazoo Public Safety confirmed the two victims from the shooting at Seelye Kia are Tyler Smith, 17, of Kalamazoo and Richard Smith, 53, of Kalamazoo.

Below are some of their stories.

The 60-year-old retired English teacher served as "a motherly figure" to students at an alternative high school for at-risk teens, coaching even the most reluctant ones to become better writers.

The Battle Creek, Michigan, resident would work one-on-one with students to get them to open up verbally, then put their thoughts on paper and structure them into written compositions, said Tara Egnatuk, assistant director of the Calhoun Community High School where Nye worked.

"She got even the most reluctant writers in our school to express themselves on paper. She would do baby steps with them where they might come in and not even be able to read. She would have them leaving with skills that were amazing compared to where they started," said Egnatuk, who was mentored by Nye during their six years of working together.

While Nye didn't have children of her own, she played an important role in the lives of students.

"She was an English teacher, but she was a lot more than that to the students who don't come from great home lives," Egnatuk said. "She really had a position of mentorship, kind of a motherly figure for a lot of these kids."

Egnatuk said Nye helped launch the school by working on writing its charter and retired four years ago. The school's website lists its mission as helping "students who have not found success in traditional high schools."

Since retiring, Nye enjoyed quilting, playing Scrabble and volunteering at her church while continuing to tutor students, Egnatuk said. Nye had also worked previously as a literacy specialist for the state of Michigan.

A Michigan State Police news release said that Nye was shot in the driver's seat of a Chevrolet Cruze, while two of her passengers were killed and another was wounded. The driver of a nearby minivan, 62-year-old Mary Lou Nye of Baroda, whom Egnatuk believes was Nye's sister-in-law, was also killed.

"I'm getting calls and emails and messages from former students who are just devastated," Egnatuk said.

Cheryl Chubinski, a school secretary who knew Nye for 20 years, said Nye would bring in a sewing machine, do cooking demonstrations and show students how to make homemade gifts at Christmas.

"It's not like we had tons of resources, but she certainly brought in those things any way she could," she said.

Chubinski said that helping students believe in themselves was a greater reward than monetary compensation for her friend.

"You didn't need a raise. You needed the kids to say, 'Thank you Ms. Nye. You helped me make it,'" she said.

Mary Lou Nye maintained a positive outlook even when dealing with adversity such as rebuilding a house heavily damaged by a tornado, her neighbor said.

The 63-year-old lived with her husband, Chris, on property that had been in his family for many years, said Carol Dinges, who lives across the street in Baroda. After the tornado about five years ago, the couple had to live in their camper for a while the house was being fixed, but Dinges said her neighbor took it in stride.

"Every time I spoke with her, she was just pleasant," she said.

Nye worked at one time as a manager in a driver's license office, Dinges said.

The couple had two sons, though one had died at a young age from a heart ailment, Dinges said.

Nye enjoyed going on camping trips several times a year with her husband, Dinges said. The neighbors would watch each other's houses on the farmland-lined road during trips.

"They went camping quite often. They would go several times a year," she said.

Nye worked part time in recent years in the preschool and childcare program at Immanuel Lutheran Ministries in Bridgman, just a few miles from Baroda. Pastor Jon Bendewald said she always had a smile on her face and was loved by the children she worked with.

"It was never about her, always about making sure things were right for the children," he said.

After Dorothy Brown moved in two doors down from Patrick Mallon Jr. in Battle Creek about 10 years ago, the woman everyone knew as Judy would stop by to share herbs she had grown in her garden, her neighbor said.

Mallon recounted how Brown was thrilled when his granddaughters went to her home to give her tomatoes, peppers and cucumbers they had grown.

Brown would always wave and say hello when she drove off to the mall, where she walked for exercise, Mallon said. He added that whenever he and his wife went on vacation, it was Brown they would ask to keep an eye on the house and feed their cat.

And, he said, after it snowed he would make sure to shovel in front of her home - something she'd always appreciate.

"She would give us a gift card to a nice restaurant, something like that," he said.

Mallon said Brown, 74, had two grown sons, with one living in California and the other in Florida.

A western Michigan school superintendent said her tight-knit community is mourning the loss of senior Tyler Smith, a 17-year-old who always had a "smile on his face."

Smith was killed Saturday night along with his father, Richard, outside of a Kalamazoo car dealership.

Tyler Smith spent half of each school day at a technical center focusing on marketing, Mattawan Consolidated Schools Superintendent Robin Buchler said. She added that her son, also a senior, described Tyler Smith as "well-liked" with a constant "smile on his face."

CBS affiliate WWMT reported that Barbara Hawthorne was 68 years old. She was from Battle Creek, Michigan.