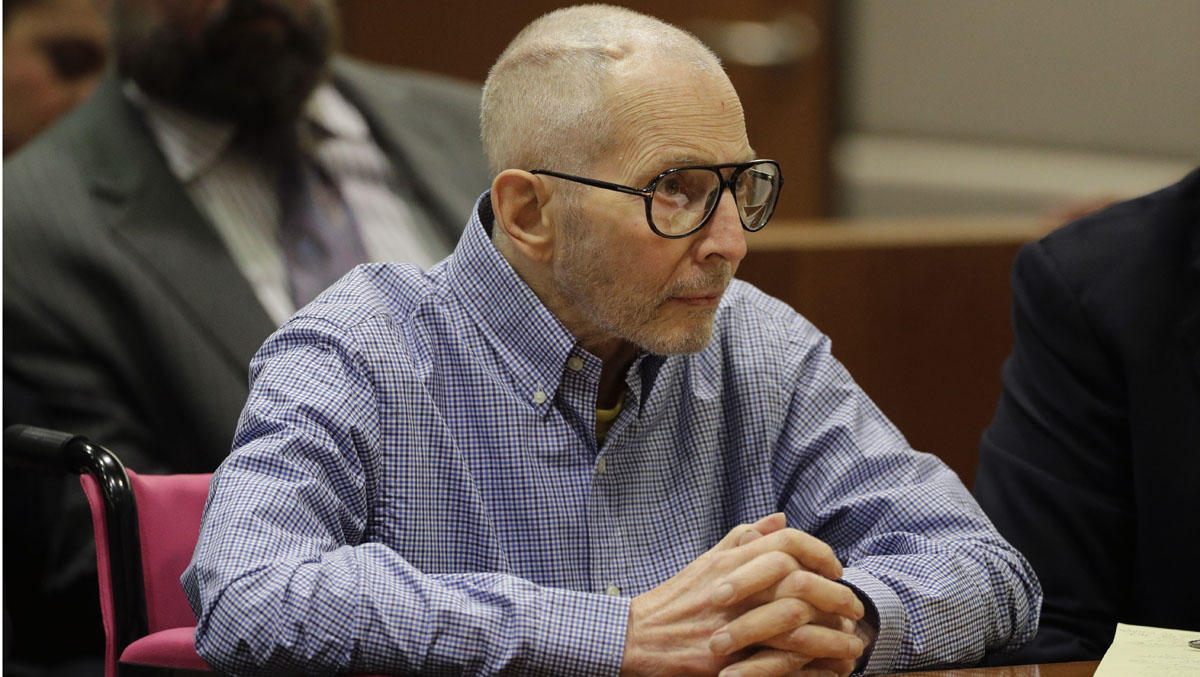 LOS ANGELES -- One of the last people known to have seen writer Susan Berman alive testified that he had suspected her manager in the killing, not Berman's best friend, multimillionaire Robert Durst, who prosecutors say murdered her.

The Los Angeles Times reports Richard Markey said that Berman, who was his friend, had a "turbulent" relationship with her manager, Nyle Brenner. Markey said that after the killing, Brenner told him he didn't plan to cooperate with authorities.

The testimony Monday came during a hearing in the 74-year-old Durst's murder case.

Prosecutors also questioned Stewart Altman, who has known Durst since high school. Altman contradicted incriminating testimony his wife gave in July. Emily Altman when said under questioning from prosecutors that she was once told by Durst that he was in Los Angeles around the time Berman was killed, the newspaper reports.

But the very next day, she said under questioning from Durst's defense attorneys that she had been mistaken, and wasn't sure if Durst had said he was in Los Angeles, specifically, or somewhere in the state of California. She said she had come to that conclusion after talking with Stewart Altman following the prosecutor's testimony.

In court on Tuesday, Stewart Altman, an attorney, said that he shouldn't have discussed his wife's testimony with her, but acknowledged that he told Emily Altman her initial testimony was mistaken.

Though Durst's trial is not expected to begin until 2018, the Altmans are among a series of elderly witnesses who are answering questions in court in order to preserve their testimonies, the Los Angeles Times reports.

An estranged member of the wealthy New York real estate family that runs 1 World Trade Center, Durst was tracked to New Orleans in March 2015 by FBI agents worried that he was about to flee to Cuba. The arrest came just as the final episode was airing of "The Jinx," an HBO documentary that featured Durst and examined his alleged ties to the killing of Berman and several other crimes.

Authorities suspect Durst killed Berman to keep her from talking to Westchester County prosecutors about the disappearance of Durst's first wife, Kathleen, in 1982.

Durst has pleaded not guilty in the 2000 killing of Berman. Prosecutors say he killed Berman fearing she might divulge information about the disappearance of his first wife.