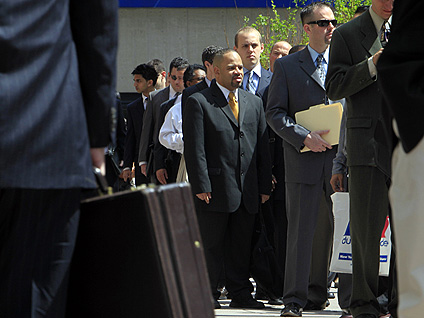 "In most of her paintings, she looks focused and forceful," says Salma Hayek. "When she's painting, she's looking in a mirror and there is an absolute focus, you know, that goes on. She's not smiling fakely for herself, for you."

Hayek, 34, is not a historian, but an actress. Kahlo and her paintings have captivated Hayek for years.

"Frida represented, often, life as an open watermelon — sweet, vibrant, juicy, delicious," she says. "I started studying about her when I was 14 years old … She was absolutely magical."

Now, Hayak is star and co-producer of "Frida," based on the turbulent lives of Khalo and her husband, Diego Rivera, the mural painter who gained world renown in the 1920s.

Their story is as extraordinary as anything Hollywood could dream up. At 18, Frida Kahlo was seriously hurt in a bus accident — resulting in injuries that plagued her for the rest of her life.

She started to paint while recuperating. Later, she sought out Rivera to ask for guidance. He urged her to keep painting, but they quickly became more than colleagues. They married in 1929, but Rivera was an unreconstructed womanizer. He even carried on an affair with Kahlo's sister.

But, Kahlo channels the events of her life into her art — as illustrated in her paintings in the Jacques and Natasha Gelman collection recently displayed at El Museo Del Barrio in New York.

At the gallery, Hayek interprets one of the paintings with Kahlo hair braided to the shape of horns as a representation of the betrayal of her sister to her. The actress also explains that Rivera and Kahlo passionately affected each other's lives.

"She was the only woman that truly, truly challenged him, so he cheated on her," says Hayek. "She didn't sit down and cry forever. She said, 'Well, okay, if that's the way its gonna be, I'm gonna have my fun, too.' She would sleep with other people, too. She would sleep with other men and sometimes she would steal the women from him. And she had her own girlfriends, so she didn't sit down and cry. This is why she is not a victim."

Hayek is such a Frida Kahlo fan that she spent eight years developing the film. It was reported that she out-maneuvered both Madonna and Jennifer Lopez who were trying to launch their own Frida projects. But Salma Hayek is used to overcoming obstacles. After all, her family wanted her to become a diplomat, not an actress.

Hayek says she gave a speech about destiny to her father to convince him of her acting aspiration. Hayek told her father that acting was her destiny because she wanted to do it for a long time.

So, she went into acting and became a huge star in Mexican soap operas.
"It was like, all of sudden you became everybody's relative," says Hayek. "I did something bad in the soap, and this woman would come up and say, 'That is not the way to treat your mother. Your mother is the one that brought you into this world and you should be grateful.' And my mom is like, 'She's the best daughter.'"

But soap opera stardom was not enough. Her real desire was to be in movies. In 1991, Hayek walked away from the fame and moved to Hollywood to start at the bottom, again.

"Making the decision was not difficult," remembers Hayek. "Once I got here, surviving, not speaking English, not knowing anyone, not knowing my way around the city, and not having any friends … I mean, not knowing that you're supposed to have an agent and all, then it was very difficult."

Gradually, however, she started landing parts in films like "Desperado," playing Antonio Banderas' gun-toting girlfriend. In "Wild Wild West," she was a damsel in distress aided by Will Smith and Kevin Kline.

But she was not getting the roles she wanted. She says her movie auditions were great, but she wouldn't get the role, because it would always come down to two actresses. And the producers would always choose the woman with the British accent instead of the Mexican accent.

So, she decided to make it happen for herself. Her production company, Ventanarosa, co-produced "Frida." She helped recruit Tony award-winning director Julie Taymor, co-star Alfred Molina and pals like Antonio Banderas and Ashley Judd, who play small roles for low wages.

Hayek's boyfriend, Edward Norton, played Nelson Rockefeller, who thought Diego Rivera's murals were too pro-Communist to be on the walls of Rockefeller Center.

Norton also wrote the final script for "Frida." However, his name is not credited for the work.

"It was a decision made by the Writers Guild of America," says a disappointed Hayek.

The Writers Guild told CBS News Sunday Morning that credit went to writers who wrote the majority of the film before Norton was involved.

But no matter who wrote the movie, Salma Hayek's portrayal of Frida Kahlo could be her breakthrough role. It is already drawing Oscar buzz.
"If you can get past the beauty, the riches are bigger than the beauty," says "Frida" director Taymor. "This woman has so much to offer that we weren't seeing on the screen. I think Salma is going to shock people."

However, Hayek does not believe it is important for "Frida" to be a big hit.

"It was important for me to make it," says Hayek. "In the journey of making this film, so many wonderful things happened. I learned how to make a movie, how to get it off the ground, how to get a script right, how to develop it, how to nurture it, I learned a lot of things about myself and I grew a lot. And I got to see a dream come true."

Jon Batiste on the healing power of music and love
Thanks for reading CBS NEWS.
Create your free account or log in
for more features.
View CBS News In
CBS News App Open
Chrome Safari Continue
Be the first to know
Get browser notifications for breaking news, live events, and exclusive reporting.