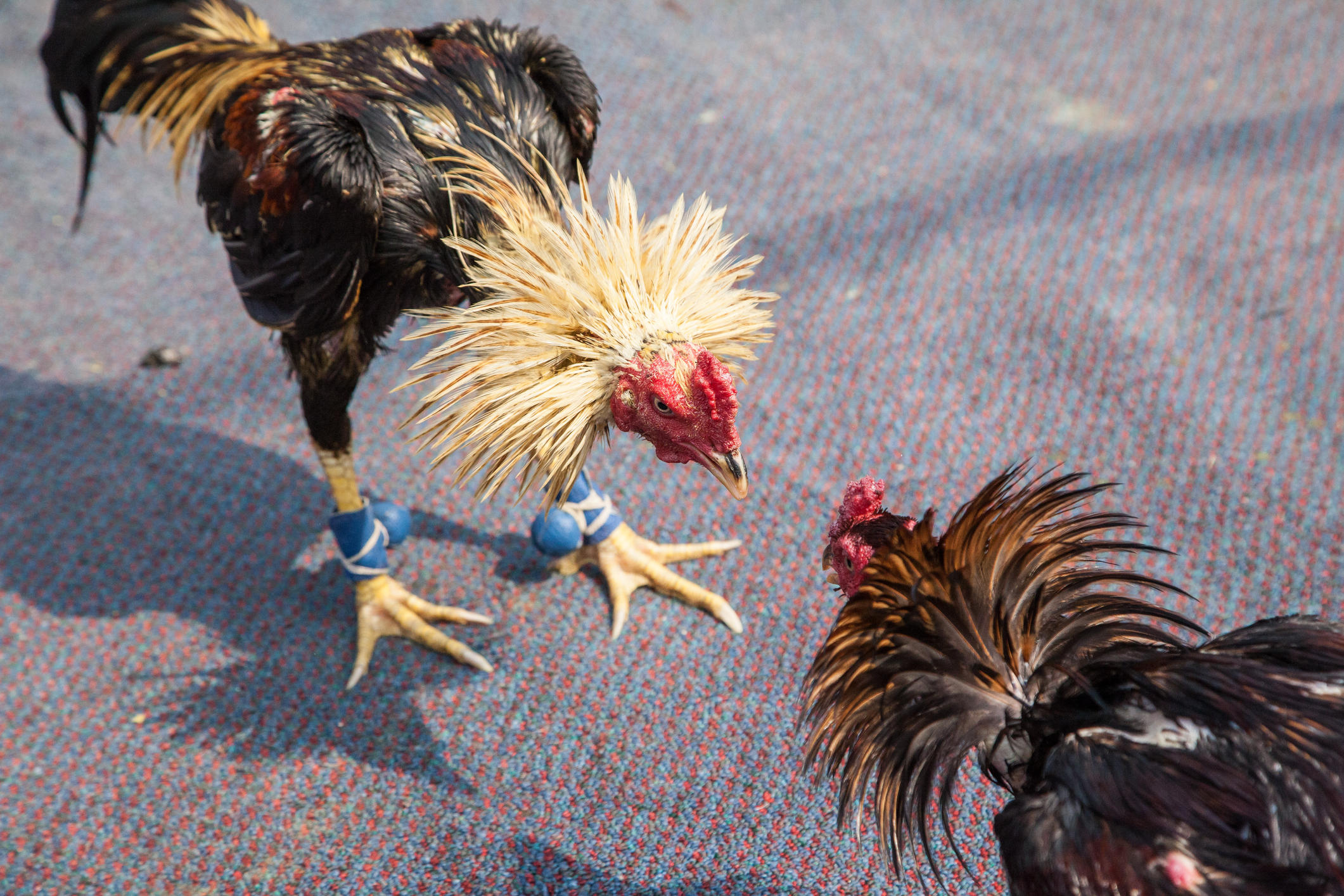 KERMAN, Calif. -- More than 100 roosters have been recovered after police broke up a cockfighting ring in Central California.

KFSN-TV reports the Fresno County Sheriff’s Office arrived recently at a Kerman barn during a fight that was attended by close to 100 people.

Inside was a pool-sized arena, countless cages and betting receipts from some of the people who attended the show. Police found 25 dead birds, 10 that were injured, and a total of 114 that were still alive.

People scattered when police arrived. Police arrested one man on suspicion of felony cruelty to animals and two misdemeanors for having birds for the use of fighting, KSFN reports.

Since the raid, the Central California SPCA has been treating the injured animals. Michael Wolcott, an SPCA animal control officer, told the station that he’s been removing two to three-inch fighting gaffs from the birds. Fighting gaffs, typically razor-sharp blades, are usually tied to birds so they can damage each other more easily.

“They are the ones that are suffering, and they are the going through this training which is actually just torture,” Wolcott said.

In August of last year, police in Reedley, about 40 miles west of Kerman, busted a cockfighting ring and recovered 150 roosters and hens on a vacant property, CBS affiliate KGPE-TV reports. Officials also found fighting gaffs and stimulants used to make the birds aggressive.

First responders initially responded to calls of two potentially neglected dogs in southwest Fresno county. The Central California SPCA said that 50 roosters had to be euthanized because of how aggressive they were at the scene.