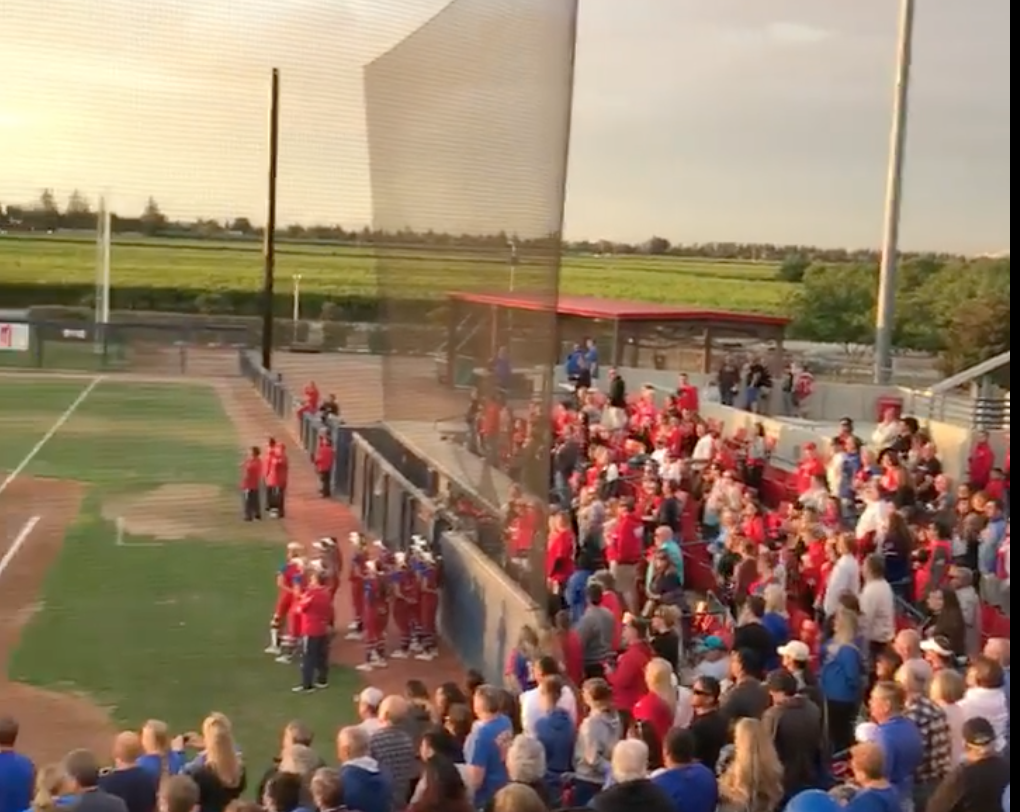 No anthem? It was no problem for a Fresno, California, crowd that started booing and then singing the "Star Spangled Banner" at a high school softball championship game after an announcer said the anthem wouldn't be sung. Video of the act of patriotism made the rounds on the social media days before Memorial Day.

Hundreds of fans attending a game between Clovis High and Buchanan at Fresno State University's Margie Wright Diamond on Friday were in disbelief when they learned the song wouldn't be played. Despite this, they sang a cappella.

Tiffany Marquez, a fan who attended the game, took video of the makeshift choir.

"Honestly, I was shocked (when) the announcer stated, 'There will be no anthem, let's just play softball,'" Marquez told the Fresno Bee. "Within seconds, you could hear people in the crowd singing and the volume of their voices building. There I was, standing in the middle of a true testament to unity and patriotism."

Event coordinator Bob Kayajania took responsibility for the decision to not have the anthem played at the game.

"The national protocol is the first game of the session you have the national anthem," Kayajania told the Bee. "The game after that are just played. We got caught. They started to play some music and the people took that as the national anthem and they all started singing, which I think is obviously a wonderful thing to show off their patriotism."

Kayajania called it a "learning experience" and going forward, the anthem will be played at every game.

As far as the softball game, Clovis High defeated Buchanan 6-3 to win the Central Section Division I championship.

The national anthem also made headlines this week when the NFL announced a new policy that players on the field must stand for the song, otherwise the team faces a fine. Players also have the option of staying in locker rooms.