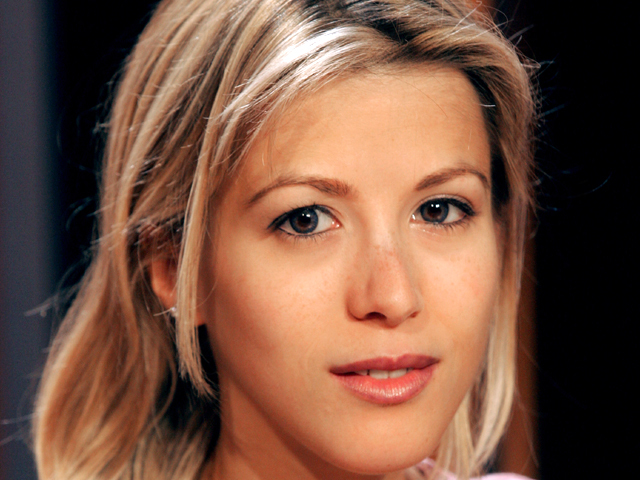 PARIS - The lawyer for a French writer who alleged former IMF chief Dominique Strauss-Kahn had sexually assaulted her eight years ago said Friday she won't file a criminal complaint against him for now.

The comment from David Koubbi, a lawyer for 31-year-old Tristane Banon, in a TV interview came days after he said they were considering a sexual assault complaint against Strauss-Kahn.

"Our decision has been reserved for later for a very simple reason: Neither Tristane Banon or I want to be manipulated by the American justice system, or help out in any way so that these two cases might be linked in one way or another," he told France's BFM Television.

Strauss-Kahn was jailed Saturday after a hotel chambermaid in New York accused him of trying to rape her. He has denied breaking any laws but resigned as International Monetary Fund chief on Thursday. Lawyers posted $1 million bail Friday for Strauss-Kahn as he awaits trial on attempted rape.

The 62-year-old Socialist had been seen previously as a possible contender in France's 2012 presidential election.

Koubbi said he wants to keep his client's case separate.

"It is absolutely out of the question in the Tristane Banon case that a movement on our part could have as consequence the conviction of Dominique Strauss-Kahn in the United States," Koubbi added. "If Mr. Dominique Strauss-Kahn is to be convicted in the United States of America, it will be because of events linked to the American case, which I know nothing about, that I haven't seen — and about which it's not my job to address."

Koubbi made headlines Monday by saying on French radio that he and Banon were "very seriously considering" a criminal complaint following news that Strauss-Kahn had been arrested.

"Tristane Banon has seen events in her past surge forward with this American echo, and I can tell you she's not surprised about what Dominique Strauss-Kahn is accused of," Koubbi said Monday of the New York case.

On French TV in 2007, Banon said that during an interview with him years earlier she had wrestled with Strauss-Kahn after he tried to forcibly strip her, and "it ended very badly."

In the radio interview, Koubbi said that Banon didn't file suit then because she felt "pressures" and that her own mother — a regional official from Strauss-Kahn's Socialist Party — had dissuaded her from doing so.

The Associated Press is identifying Banon as an alleged victim of sexual assault because she has gone public with her account.

In court Monday, Manhattan assistant district attorney John "Artie" McConnell said U.S. authorities were working to verify at least one other case of "conduct similar to the conduct alleged" by the maid. When a judge asked whether that potential other incident occurred in the United States, McConnell said he "believed that was abroad" — but he did not elaborate.