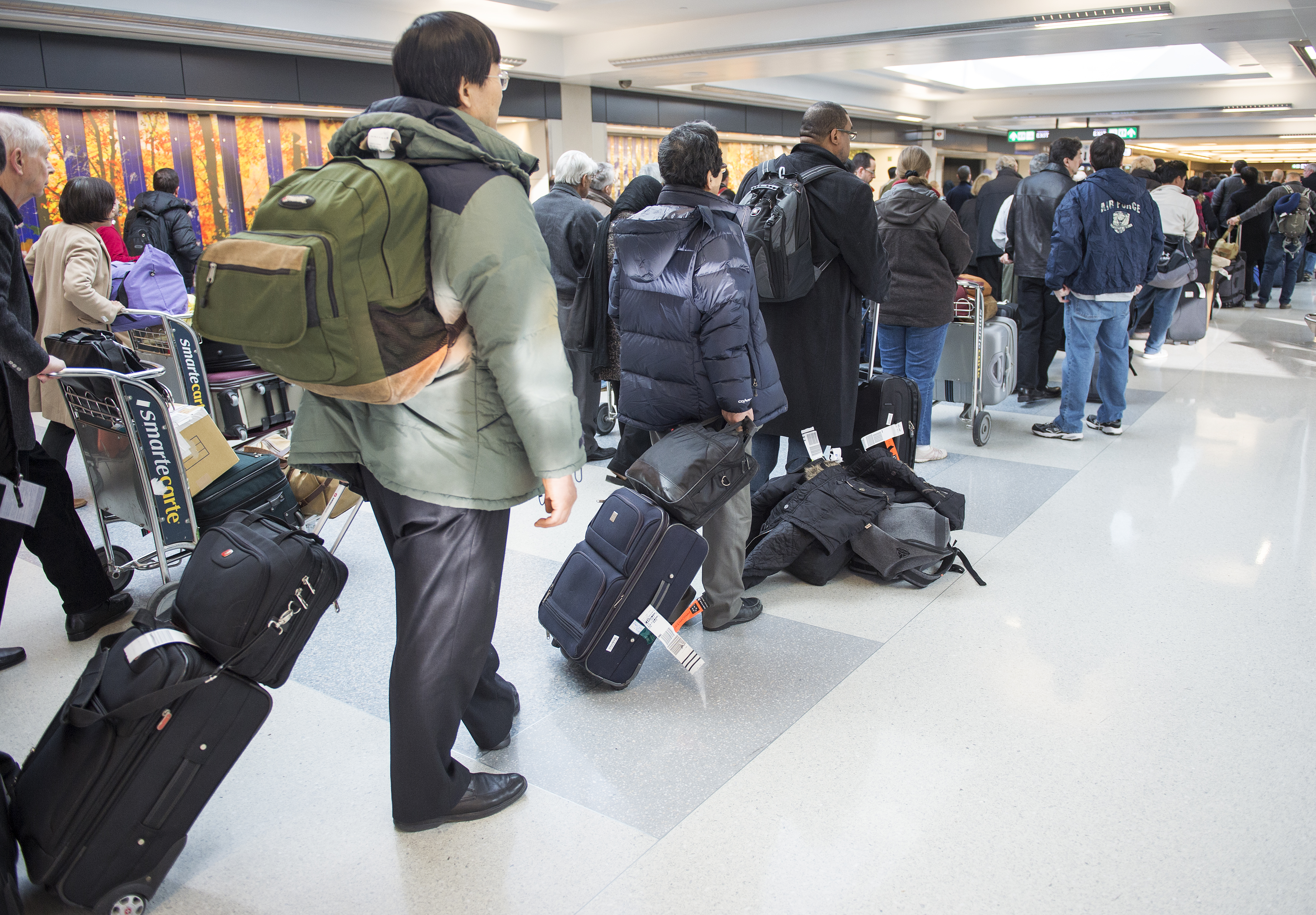 The terror attacks in Paris last week put the threat posed by radicalized U.S. or European citizens back in the headlines, and with it has come new scrutiny on the visa waiver program.

This is the program that enables U.S. citizens to travel to countries in Europe (as well as a few others) with just a passport in hand, instead of having to go through the somewhat onerous process of securing a visa, and it also allows nationals from those countries (there are 38 total) to come to the U.S. without visas.

It's been effective in its intent to promote tourism and business travel. In the 2012 fiscal year, 19.1 million visitors entered the U.S. under this program, constituting 40 percent of all overseas visitors, according to a congressional report.

But with an estimated 3,000-plus European citizens having traveled to Syria to fight with jihadist groups, some lawmakers say the program warrants a second look by Congress.

"The visa waiver program is the Achilles' heel of America," the top Democrat on the Senate Intelligence Committee, Sen. Dianne Feinstein, D-California, said on CNN Sunday. "They can come back from training, they go through a visa waiver country, and they come into this country. Now, there are no-fly lists. There are terrorist lists. But they're in the tens of thousands and even millions, so it's difficult to ferret someone out."

Feinstein warned that jihadist groups have stolen travel documents that could allow them to circumvent efforts by U.S. and European intelligence agencies to track them. "I think we need to take a look at the visa waiver program again, and see what we can do to prevent this kind of thing from happening, because I believe it will happen, if it hasn't already," Feinstein said.

On CBS' "Face the Nation," Rep. Michael McCaul, R-Texas, the chairman of the House Homeland Security Committee, raised similar concerns about the ease of travel within Western Europe and said the U.S. needs to "look at all sorts of things," including the visa waiver system. American authorities, he believes, also need better intelligence on which fighters have gone to Syria and other countries to fight or train with jihadist groups, and that intelligence could feed into the U.S.'s no-fly lists, which he says are working well. He said his committee plans to launch an investigation into the security and defense gaps that may exist in the efforts to track foreign fighters.

But at least one former Department of Homeland Security (DHS) official believes the program has built-in security sufficient to stop people who might threaten Americans from reaching our shores.

"Many concerns about the visa waiver program are outdated and [critics] don't fully understand what the US does get as a result of having visa waiver agreements with 38 countries," Jayson Ahern, a former acting commissioner of U.S. Customs and Border protection, told CBS News. Ahern, who is now a principal at the Chertoff Group, also said, "[These 38 countries] all also engage in information sharing with the US...you begin with a pretty strong starting point."

He noted that even though travelers under the visa waiver who come to the U.S. do not need visas, they still must submit data in advance of their flight that allows the intelligence agencies to flag potential threats. Ahern pointed out that DHS personnel are also stationed throughout the world conducting additional screening as people board airplanes to the U.S.

He lauded measures taken by DHS Secretary Jeh Johnson last November to require additional data from the Electronic System for Travel Authorization, including additional passport data, contact information, and other potential names or aliases. The new measures were intended to enhance the security of the program without hindering trade and travel.

Ahern said the multiple layers of security mean "we have a fairly robust protocol," though he conceded, "It doesn't mean that each of those elements can't continue to be or should be strengthened."

And certainly, foreign fighters will be looking for ways to subvert the security checks. In June, Juan Zarate, a CBS News National Security Contributor, and Tom Sanderson, the co-director of the Transnational Threats Project at the Center for Strategic International Studies, wrote about visiting a café near near the Bab al-Salam border crossing from Turkey to Syria. There, the pair wrote in the New York Times, a Belgian passport was for sale for $8,000 that the buyer could have altered to feature a new passport photo. Many newer passports have embedded biometric data like fingerprints to prevent this type of passport theft, but older passports do not.

In an interview with CBS News, Sanderson said that foreign fighters can be placed on the no-fly list, which would prevent them from entering the U.S., but it is impossible to ensure that every single name is there. He cited three types of extremists who might try to exploit the visa waiver system: those looking to carry out suicide bombings, returning foreign fighters, and homegrown terrorists who did not travel outside of their home country for formal jihadist training. This last group of fighters have passports without warning signs, such as extended stays in Turkey (where they could have crossed into the Syrian border).

In reality, "it's not a cakewalk to get into the United States," Sanderson said.

"Yet it is entirely reasonable to expect that some of those 3,000 fighters if they chose to get to the U.S. could do it with only a few hurdles," he added. They would need to be inconspicuous around screening agents, not raise the suspicions of officers who are looking for behavior signals, and likely have a network inside the U.S. that is helping them carry out an attack.

These issues are likely to emerge this week when the House votes on a bill to fund DHS. The Transportation Security Administration has a funding decrease of $94.3 million in the legislation from the 2014 fiscal year, although in his defense of the bill on "Face the Nation," McCaul said it increases DHS's overall funding. The department would receive an additional $400 million.

"We are absolutely committed to the security of our homeland and will do nothing on a bipartisan basis to erode those protections," Sen. John Cornyn, R-Texas, said in a separate interview on "Face the Nation."

The $40 billion bill for the department "is not exactly chicken feed," he said.