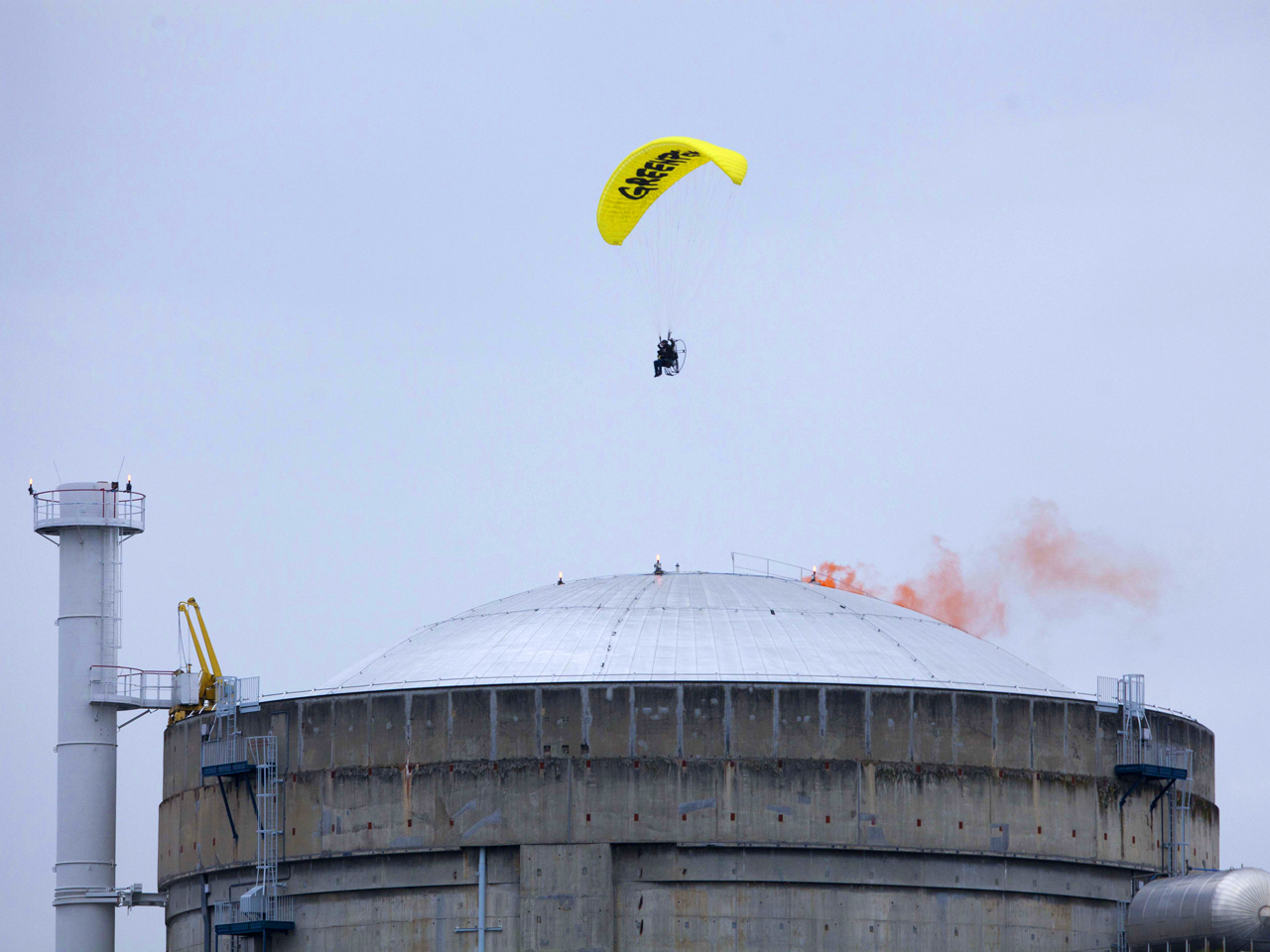 (AP) PARIS - An environmental activist was arrested Wednesday after dropping a billowing smoke bomb onto the roof of a French nuclear reactor ahead of a key presidential election debate, Greenpeace and police said.

Video footage (watch below) from the dramatic stunt captured the airborne activist on a motorized paraglider after he dropped the smoke bomb at the Bugey site 22 miles east of Lyon.

The activist began circling the reactor before making a wobbly descent to the ground with a parachute marked "Greenpeace." The name of the activist was not released, but local police confirmed the arrest.

Plant owner EDF has defended the site's security measures, saying in a statement they "were strengthened in late 2011 (to) allow detection and immediate apprehension of the perpetrator."

"We're four days ahead of a presidential election, and neither (President) Nicolas Sarkozy or Francois Hollande are taking the issue seriously. Seventy-five percent of French electrical consumption is nuclear, and this needs to drop. We hope this will be a talking point in tonight's TV presidential debate," said Rousselet.