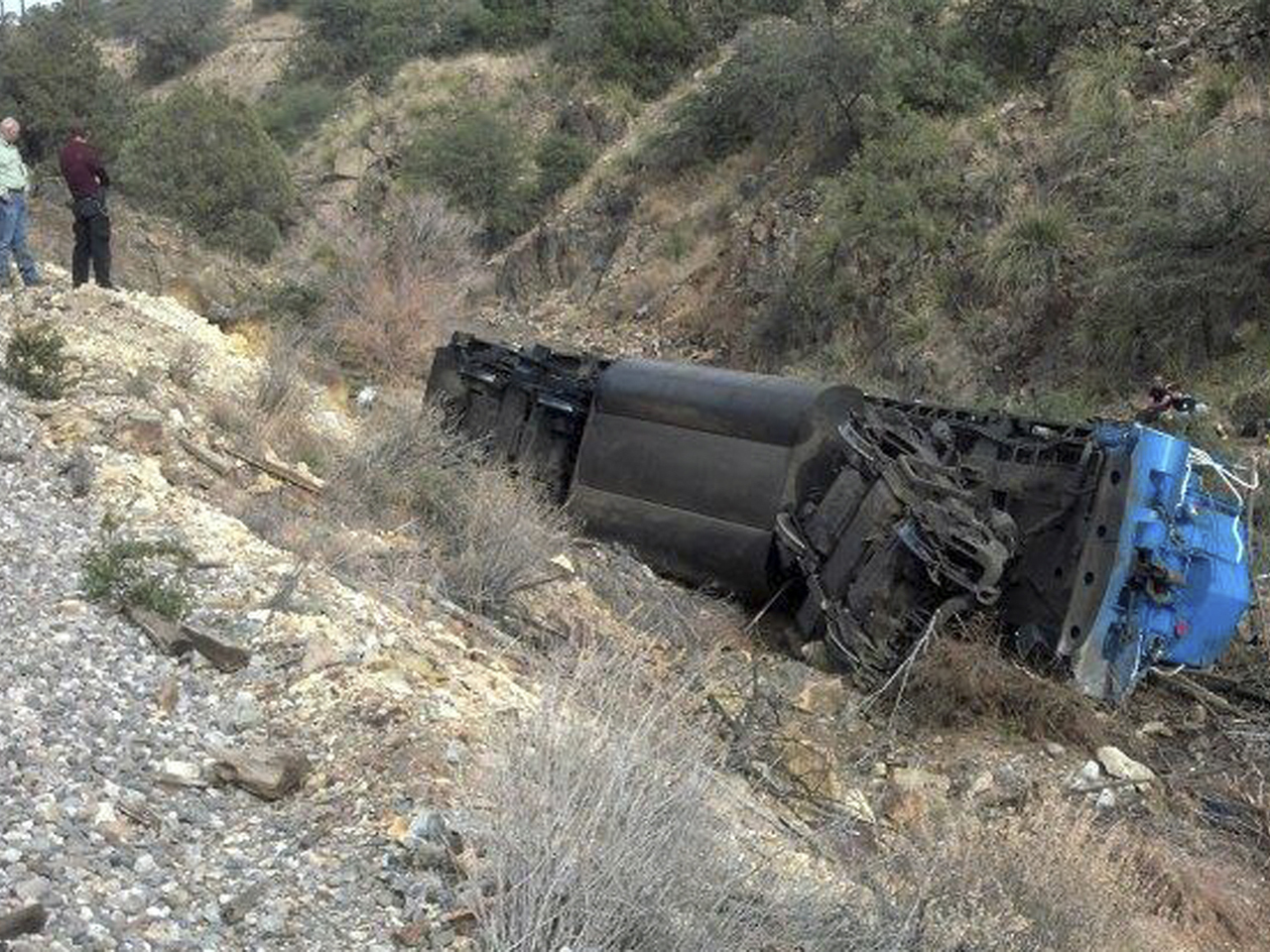 LAS CRUCES, N.M. - Authorities are investigating the cause of a freight train derailment in southern New Mexico that killed three railroad employees when the train's locomotive plunged 40 feet down a ravine.

No other people were on the train.

State Police spokesman Emmanuel T. Gutierrez said it's unknown what caused Saturday afternoon's derailment near the community of Bayard, about 75 miles northwest of Las Cruces. It's unclear what preceded the derailment.

The eight rail cars being pulled by the locomotive weren't forced into the ravine. Instead, they remained either on or near the tracks. At least half of the eight train cars had tilted on their sides, but none of the iron ore being carried by the train had spilled out.

Photos taken by investigators show the locomotive on its side in the ravine.

The train was operated by Southwest Railroad Inc.

Brian Beaty, manager of operators for safety and compliance for the rail company, says the company expects a cause for the derailment to be issued at some point Sunday.