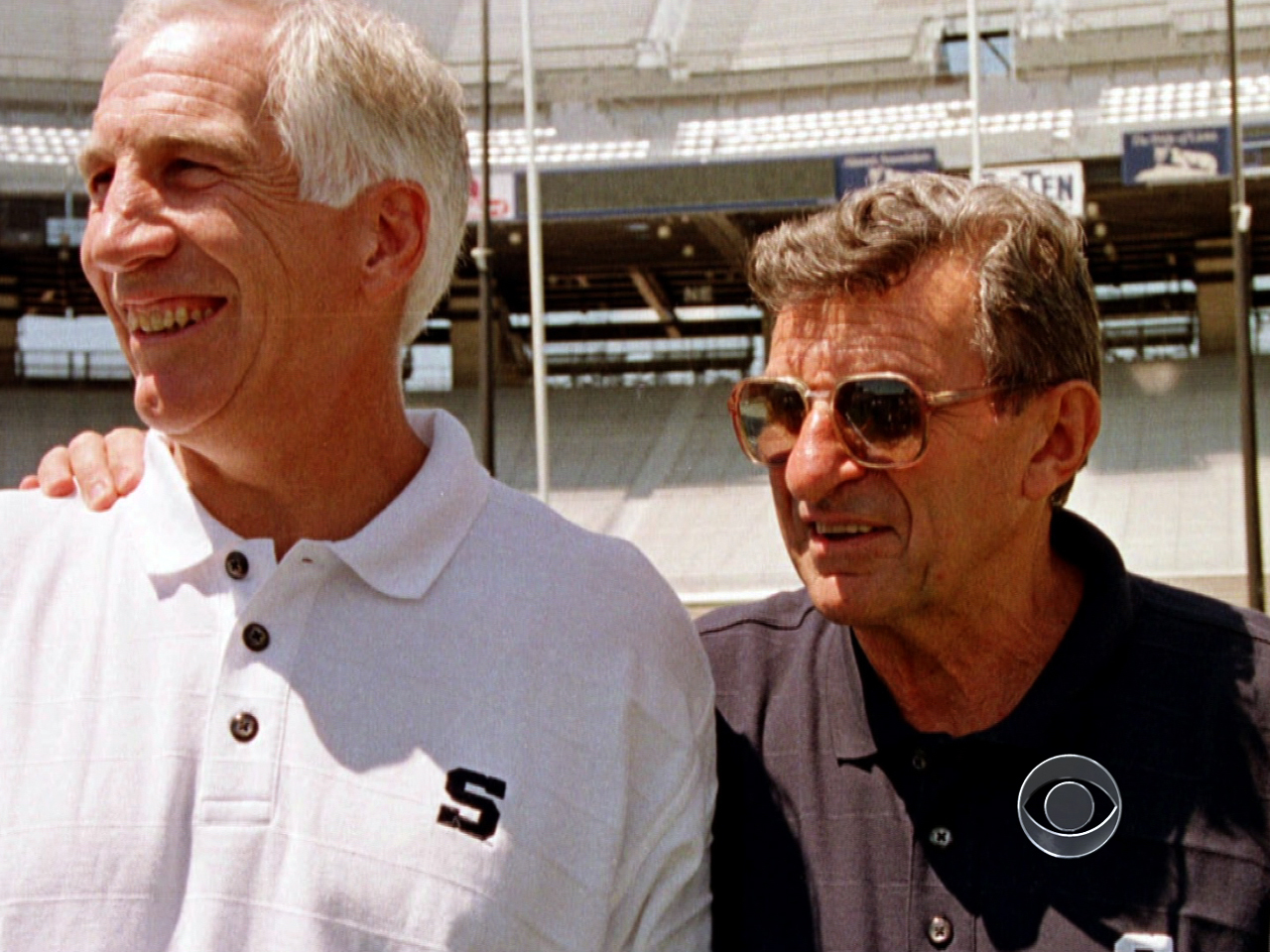 (CBS/AP) Joe Paterno knew about allegations of child sex abuse against Jerry Sandusky in 1998 but his "actions and words" never demonstrated any concern for the victims even though Sandusky had been a trusted member of his coaching staff for three decades, and had an office just steps away from Paterno's, according to the man who led Penn State's investigation into the scandal.

The 267-page report released Thursday is the result of an eight-month inquiry by former FBI director Louis Freeh, hired by university trustees weeks after Sandusky was arrested in November to look into what has become one of sports' biggest scandals.

Paterno was strongly criticized for some of his comments about the scandal. Freeh noted that Paterno, after assistant coach Mike McQueary reported witnessing Sandusky sexually abuse a boy in the shower in 2001, said: "You did what you had to do. It is my job now to figure out what we want to do."

"Why would anyone have to figure out what had to be done in these circumstances?" Freeh said.

Penn State's report about its handling of Jerry Sandusky includes a series of emails that point to Paterno being aware of a 1998 case in which Sandusky was confronted about showering with another boy.

Although his investigators were unable to speak to the coach before he died, the Freeh Group spoke with some of the coach's representatives and evaluated his grand jury testimony, notes and papers.

The report says that moreover, Paterno -- along with then-president Graham Spanier, former VP Gary Schultz and athletic director Tim Curley -- were trying to protect Penn State's reputation. The reports states that it is "reasonable to conclude that, in order to avoided the consequences of bad publicity, the most powerful leaders at Penn State University ... repeatedly concealed critical facts relating to Sandusky's child abuse from the authorities, the Board of Trustees, Penn State community, and the public at large."

The report also notes that Paterno delayed reporting Sandusky's sexual conduct because the coach did not "want to interfere" with people's weekend. Last November, Paterno did concede: "With the benefit of hindsight, I wish I had done more."

The report says Paterno likely would have fully cooperated with the Freeh investigation had it not been for his deteriorating health and death.

However, the report is highly critical of the legendary coach and athletic director Tim Curley for failing to take action for more than a decade.

"Paterno and Curley never demonstrated, through actions or words, any concern for the safety and well-being of Sandusky's victims until after Sandusky's arrest," the report said.

After the report was released, Joe Paterno's family released a statement saying "the underlying facts as summarized in the report are almost entirely consistent with what we understood them to be." "Joe Paterno wasn't perfect. He made mistakes and he regretted them. He is still the only leader to step forward and say that with the benefit of hindsight he wished he had done more," the family said. "To think, however, that he would have protected Jerry Sandusky to avoid bad publicity is simply not realistic. If Joe Paterno had understood what Sandusky was, a fear of bad publicity would not have factored into his actions."